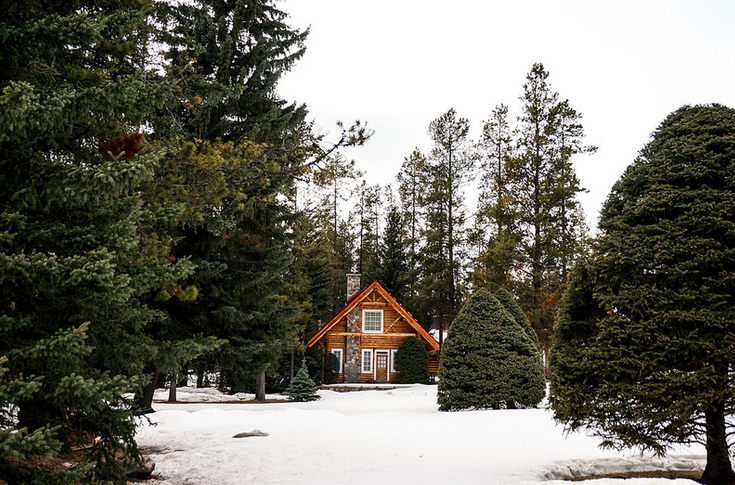 This 2008 Walrus article weaves together the story of the Gillmor’s family and Frank Lloyd Wright’s, who built homes for families quite unlike the author’s.

Don Gillmor’s 2008 Walrus article “Shelter from the Storm” deftly and sadly weaves together the story of the author’s family and that of Frank Lloyd Wright, who built homes for families quite unlike the author’s. Gillmor’s prose sometimes has the power to stop the reader mid-sentence: the “quiet ruin” of a marriage; the North, “filled with missing persons”; people who have fled some part of their life that was slowly strangling them. The way we look at old family photos and see “what lurks outside the frame,” the personalities and fights and deaths.

Gillmor’s brother, David, is present in the story in a way that makes the reader wonder, uneasily, why. A sister and mother are mentioned only briefly, and we know the scenes are made up of the author and his father. Why all the attention paid to David, the gifted musician who can’t seem to get it together?

David, it seems, was a lost soul. Difficult to steer towards success as a teenager, adrift as an adult, it seemed to his family that he had “wandered outside the fragile borders of the middle class.” David didn’t fit into the world that was planned for him. We’re not supposed to spend our lives wandering, playing music in bars, refusing to settle with any one person or in any one profession. But some of us can’t help ourselves. Like Chris McCandless, who famously disappeared into the Alaskan wilderness in 1992 and eventually died, David couldn’t seem to find contentment.

Halfway through the piece, we find out that David is gone. Gillmor creates a sort of reconstruction in his mind, based on information gleaned in the months following his brother’s disappearance, of what David’s last moments may have looked like. He is trying to figure out who his brother was. Had he seen his forties inching ever closer, bringing with them that “slow parade of betrayal: our bodies, our careers, our love quietly slipping away?” Had he always been destined to die young, with nothing that seemed to anchor him to his life or this world?

The author would have had a lot of time to ponder his brother’s life and death as he travelled the same river path his brother’s body had, six months earlier. Gillmor never tells us what he thought about on that canoe trip, though. Instead, he describes the natural beauty of his brother’s final journey, the mountains and gorges and whirlpools. “How had David arrived at this place?” Gillmor wonders, as he stares “uselessly at the spot” where his body was pulled out.

Short scenes illustrate that there was a time the brothers were close, when Gillmor wouldn’t have imagined a brother so eccentric or estranged. They do normal boy things: lie to their mother, fight over ownership of hockey games and replicate scenes from movies in the ambitious way children do. The scenes may be short, but readers can find similarities in their own childhood memories—it could almost as easily have been our brothers who end up lost in the world.

Finding the connection between the author’s family story and Frank Lloyd Wright requires some thought. Wright built homes he hoped would shape the families within. The family may be completely broken, but Wright seemed to optimistically hope that by building small private spaces and large communal spaces, the family would repair itself.

Gillmor’s father emulated Wright’s design when he built the family’s home at the foot of the Rockies, incorporating small bedrooms and a large communal floor. He wanted the happy family Wright envisioned, the happy family his own wife virtually “demanded” when taking their photograph.

The home designs, however, didn’t work. They were structures imposed upon the people within, designed to make them into something they weren’t. For most, “We build homes to protect ourselves.” It must come as an awful shock when those homes, built with such thought and care and hope, fail to protect the people within.

When Gillmor and his brother were small and made forts in the woods, they created spaces that didn’t force anything on them. David, it seems, felt safe in those forts. It was a refuge, a place where the boys felt both free and safe. The brothers sought shelter from literal and figurative storms in their fort, but “For David, of course, it didn’t pass. The worst was still forty years away, unimaginable, waiting.”

The story seems to be about the author’s heartbreak and unresolvable quest to understand why his brother could not be saved. Though he never specifically refers to being sad or distraught, the pain and the searching is present throughout. It doesn’t make sense to us, how people from loving families in carefully built homes can still somehow fall outside of our protection and understanding.