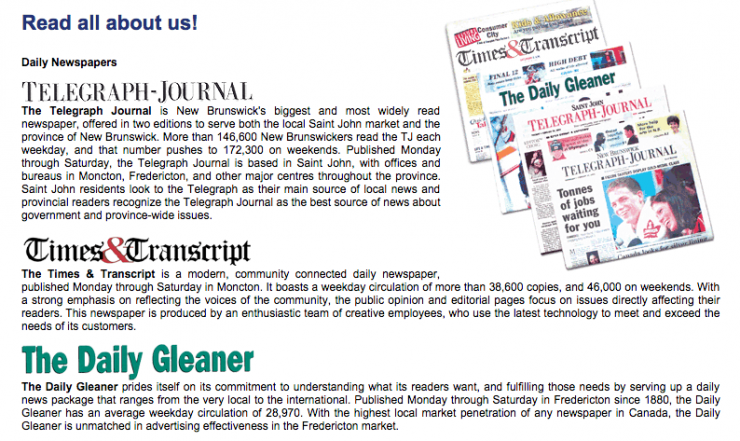 Mike Landry’s just-completed series on intimate partner violence in New Brunswick has shone a bright light on one of this community’s poorly understood and costly secrets.

Mike Landry’s just-completed series on intimate partner violence in New Brunswick – available on telegraphjournal.com – has shone a bright light on one of this community’s poorly understood and costly secrets.

New Brunswick police reported 2,000 victims of intimate partner violence last year, believed to be about 20 per cent of actual occurrences. This sort of violence costs the province’s taxpayers many millions of dollars every year.

The stories highlight some positive developments such as better tracking mechanisms, improved police training and a commitment by some forces to new approaches focussing on prevention. Still, the unfortunate fact remains that New Brunswick is the intimate partner crime capital of Atlantic Canada, and has the highest incidence of it east of Manitoba.

It’s to be hoped that the series, which outlines how important it is for the community to be aware of risk factors for domestic violence, will be an impetus for change. It was, after all, the community that prompted it.

Last year, in consultation with me, newsroom management told court reporters they should name adult victims of crime in their stories. At the time, this wasn’t happening consistently.

The change prompted a flurry of complaints. Some came from people in the justice system, or from those who provide support services to victims. Some came from victims, or their friends or family. There was particular concern that we were embarrassing and “re-victimizing” victims of intimate partner violence.

In response, I published a column on why we use names in court reporting. Here is part of the explanation:

The open court principle is fundamental to a functioning democracy. The primary institutions of a democracy – elected governments and courts – are intended to be transparent…

The column inspired a few more complaints. “Ludicrous”, “absurd,” “preposterous,” one person wrote. Another simply said nothing could justify re-victimizing a victim.

A common theme in many of the complaints was the shame felt by victims of intimate partner violence. No amount of reassurance that such victims had nothing to be embarrassed about, a friend of one wrote, could negate the humiliation they might feel.

The complaints spurred many more discussions between me, Patrick Brethour, editor-in-chief of Brunswick News’ newspapers and Katelin Dean, city editor of the Telegraph-Journal. What was the right thing to do? We talked through the tension between the open court principle and expectations of privacy. We struggled to find alternate approaches that wouldn’t cast journalists rather than judges as arbiters of when to name. We debated privacy expectations, the relevance of the small size of the community, the potential effects of social media, and the value of casting sunshine onto this shadowy problem.

Sunshine. Awareness. Knowledge. Understanding. We decided the Telegraph-Journal should take an in-depth look at the issue of intimate partner violence in New Brunswick. This series was born from concerns we heard from the community. And it highlights that more can be done to address the problem.

I’ll leave the last word to Mr. Landry, who sent me this response when I asked him what struck him most as he worked on the stories:

“When I first began covering court, I already knew the statistics about intimate partner violence. I knew that only a fraction of victims report incidents to police. I knew that survivors were usually victimized systematically before they ever appeared in court. I knew that it was easy for victims to recant in the face of police and the courts. So, when a survivor was brave enough to overcome these obstacles and more to ensure justice happened, I wanted to share their story. I wanted their story to educate readers about the realities of intimate partner violence, to show another silent victim that help was available, things could change.”