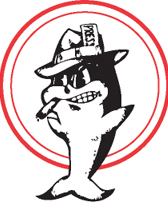 Brunswickan gets reprieve to continue publishing for five more weeks

The University of New Brunswick campus newspaper has been unable to put out a print edition following a strike by professors, instructors and librarians. But a new deal with the Canadian University Press’ national advertising partner, Free Media, means the Brunswickan has enough money to publish print editions for at least the next five weeks.

The Brunswickan, a weekly campus newspaper for the University of New Brunswick, has received a reprieve that will allow it to resume printing hard-copy editions—at least for the next five weeks.

With 550 professors, instructors and librarians at the university’s campuses in Fredericton, Saint John, Moncton and Bathurst on a legal strike and demanding higher wages since Jan. 13, tuition fees have not been collected. As the campus newspaper’s editor-in-chief, Nick Murray, explained, “A large portion of our budget includes your student fee, but because of tuition not being paid, the university is unable to provide us with the student levy upon which we rely to operate.”

Murray said he was not blaming the students. “Why would you pay for classes which aren’t being taught? You wouldn’t, and you shouldn’t. But when the heart stops, the rest of the body dies. It’s just the way it is,” he said.

But a new deal with the Canadian University Press’ national advertising partner, Free Media, means the Brunswickan now has enough money to publish print editions of the paper for at least the next five weeks.

“They agreed to advance us the gross revenue for the ads they’ve already sold for the next five issues, through Feb. 19, deferring their commission for their cut in making the sales,” Murray wrote in a note published on the newspaper’s website. “They had already sold the ad space before knowing of our printing situation and made a business decision ‘to get a flagship student newspaper up and running again,’ as well as to not upset their clients to whom they had already sold advertising space.”

Canadian University Press president Erin Hudson said the deal means The Brunswickan can provide up-to-date coverage about the labour dispute. “It’s moments like this when campus media is vital,” she wrote in a blog post.