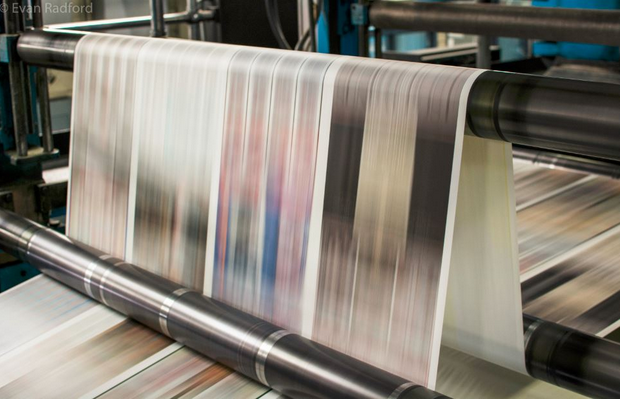 There have been further developments in the Larry’s Gulch matter that I am sharing with the readers of this newspaper.

There have been further developments in the Larry’s Gulch matter that I am sharing with the readers of this newspaper.

When I introduced myself to readers almost a year ago, one of the things I said I would do was defend when necessary the work of the newspapers published by Brunswick News.

This column is a defence of them against what I believe are unfounded and libellous allegations by Canadaland, some but not all of which Canadaland has retracted after receiving a letter from Brunswick News’s lawyer.

The Canadaland podcast and website were launched in 2013 by Jesse Brown, a central Canadian journalist who had worked for the CBC and had contributed to a number of Canadian media outlets, including Toronto Life, TVOntario and Maclean’s. Brown has set himself up as a critic of Canadian media, and he hit the national stage when he participated in the Toronto Star’s investigation of Jian Ghomeshi.

Back on Nov. 23, Jesse Brown confessed on one of his podcasts he had no idea who the Irvings were, so I figure he’s no expert on New Brunswick. Recently, folks at his website started looking for a story about Brunswick News. Brunswick News is now on Brown’s radar; he is scheduled to speak here.

Enter the inquiries about former Times & Transcript editor Murray Guy and Larry’s Gulch. And here I make a bow to Canadaland, because those inquiries led to Brunswick News’s current management launching its own investigation and discovering two of its employees had attempted to get a government document altered.

That, unfortunately, is where my bows end and my disappointment in Canadaland begins.

At 9:43 p.m. on Friday, Feb. 13, James C. Irving, vice-president and publisher of Brunswick News, received an email from Sean Craig, a reporter at Canadaland, asking a number of questions around Guy’s attendance at Larry’s Gulch.

At 7:37 p.m. the next day, Irving told Craig that Brunswick News was prepared to respond in a timely manner, that an investigation was in progress, that it had information to share but certain previously established timeframes had to be met before anyone could speak to him. Irving said that should be done by about noon on Feb. 16, and at that time Patrick Brethour, Brunswick News’s editor-in-chief, would be available to talk to him.

Journalists should give people a reasonable time to respond, based on factors such as how much time they ask for and their reasons, and how important the response is to the fairness and balance of the story. (At this newspaper, journalists have specific guidelines for this.) So Craig said he’d talked to his editor and they’d hold off until Monday. But then he emailed again to say they’d wait only if Brethour talked to Canadaland before any other media. Unless we agreed to this, he said, they would publish Monday morning.

We were entitled to a reasonable period of time to respond and had requested it for legitimate reasons. We did not have to accede to this condition and did not. Canadaland went ahead and published on Sunday, a day earlier than Craig said it would, without in my view giving us a reasonable time to respond or having the information needed to publish a fair and balanced story.

On Feb. 15, I published a column that transparently laid out in great detail the events regarding Larry’s Gulch and the involvement of various managers.

On Feb. 17, Canadaland published a post that contained errors of fact, as well as what Brunswick News maintains is libellous innuendo. (The factual errors were peculiar because they ignored specific facts set out in my column; two of them have since been corrected.)

My view—and our legal position—is that this Canadaland story is an unfounded attempt to link James C. Irving to wrongdoing. In attempting to make this link with no supporting evidence, it fails to meet basic journalistic standards.

Here are the various innuendoes, as well as the correct facts.

Canadaland characterized the attempt to alter the 2013 guest list for Larry’s Gulch as a crime, and drew a link from this alleged crime to James C. Irving by saying that secretive billionaires were involved—the Irving family—and that the Irving family was not “well-removed from this mess” but rather was “right in there” because “Jamie Irving is the publisher”.

James C. Irving was not involved in the attempt to have the guest list altered, nor were any members of his family. There is no evidence whatsoever to build a link to any alleged crime. To take a gleeful crack at an Irving because two Times & Transcript employees engaged in inappropriate behaviour is one thing; to actually suggest a link to their improper behaviour (which ended their employment) is quite another.

Canadaland says in its Feb. 17 post that James C. Irving was “shockingly” “in on the decision” to not run a story. This is false. He participated in a discussion of the journalistic basis on which a story would be run or not; the ultimate decision was left in the hands of the then editor-in-chief. It’s a stretch to say James C. Irving was “in on the decision” not to publish, and in my view a clear attempt, once again, to link him to something negative.

Canadaland muses that Brunswick News, which had campaigned in the Telegraph-Journal for the public release of the Larry’s Gulch guest lists, stopped its campaign because it found out an employee’s name was on the 2013 list. This is false. The newspaper’s campaign grew out of the refusal of the David Alward government to release the 2012 list. The campaign was successful: the 2012 list was released in July 2013. That’s why the campaign ended.

No story was done on the 2013 list (where Guy’s name appeared), for reasons already much discussed; as I have written previously, in hindsight, the decision not to publish was misguided.

That brings us to the 2014 list. The Telegraph-Journal didn’t do a story on it; we don’t have it. While management is still looking into the reasons why, I suspect that it fell through the cracks because reporter Shawn Berry, who’d done these stories, had left the newspaper to become a press secretary in Premier Gallant’s office, and because the new editor-in-chief had never heard of Larry’s Gulch until this month. If I’m wrong in this, I promise I will tell you.

A taste for knocking people down is an unhealthy appetite, not journalism. Good journalism means searching out the real story, not the story you wish were there. Canadaland has published real stories in the past and will do so in the future. Its Feb. 17 story on Larry’s Gulch and Brunswick News isn’t one of them.

This column was originally published on the Telegraph-Journal’s website.