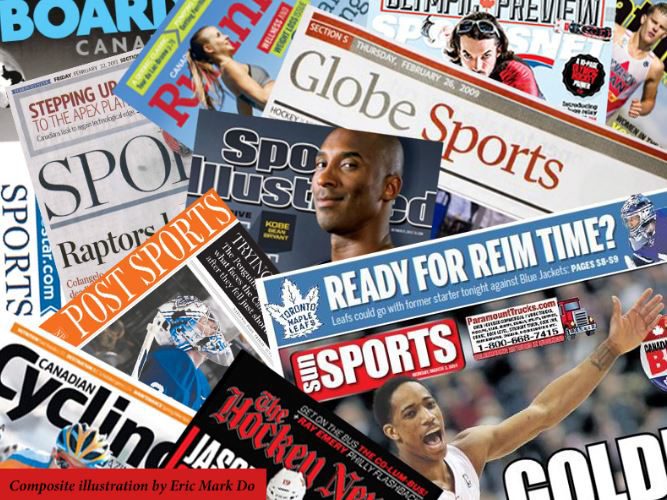 Canadian sports vet calls for change in reporting on the Paralympics

Some media outlets risk trivializing Paralympic achievements by focusing on the feel-good aspect of overcoming adversity at the expense of the sporting and technology sides of the story, says one veteran Para-Athletics Canadian coach.

With the 2014 Winter Olympics wrapped up in Sochi, Russia, one veteran Canadian Para-Athletics coach is calling for a change in the way reporters cover a parallel and often-overshadowed sporting event. The media need to understand that Paralympics is a legitimate sporting event, said David Greig, a former national coach for talent development with Athletics Canada.

“We’ve seen a lot of media that does a disservice to the system … by using terms like, ‘Despite having a disability, look what this guy does,’ or, ‘it’s so tragic he lost his leg, but now look what he can do,’” Greig told J-Source. According to Greig, some media outlets risk trivializing Paralympic achievements by focusing on the feel-good aspect of overcoming adversity at the expense of the sporting and technology sides of the story.

“You’re empowering people with disabilities, but you’re also witnessing some pretty cool high-performance human beings,” said Greig. “Why aren’t we proud of that?”

Media play an influential role—both positive and negative—in how society views the Paralympics, Greig said. “There is a cause and a consequence to it,” he said. “We need supportive media and we need good promotion of quality athletes with disabilities to be able to move the yardstick forward.”

According to one study conducted following the 2012 London Games, 81 per cent of British adults said the London Paralympics had a positive impact on the way they viewed people with disabilities. “That’s pretty cool stuff,” said Greig. He speculated the change was rooted in British coverage of the Paralympic events, describing it as “100 per cent” better than coverage in the U.S. He commended the BBC’s sports-focused coverage of six-time, gold-medal-winning wheelchair racing Paralympian David Weir, which focused on the cost of his equipment and his training regimen.

“(The British media) talked about the disability side of it, but in a sporting context: ‘Because this is the nature of the disability, this is how they perform the sport differently,’” Greig said.

Compare that to the U.S. media where the coverage is predominantly “the happy-happy, joy-joy, feel-good sort of look … instead of, ‘This is awesome—this guy’s world class,’” he said, such as Baltimore Magazine’s coverage of wheelchair racer Tatyana McFadden, whom it called a “paratrooper.”

As for Canadian sports media coverage, Greig says it has come “a long, long way,” but there is still room for improvement.

“I think it could become a greater priority,” said Julie Scott, sports editor for the Canadian Press. “These people are great athletes and at the top of their field in various different sports and I think they deserve more coverage.”

Scott said the Canadian Press treats the Paralympics like any other type of able-bodied competition.

“We cover these guys like any other Canadian athletes,” she said, adding the newswire began sending a reporter to cover the Paralympic Games in 2006.

The Canadian Press will send one reporter to Russia to cover the Paralympic Games, compared to the four photographers and eight reporters—five English and three French—covering the able-bodied games in Sochi.

Client interest is much higher for the Olympics, Scott explained. "We're a wholesaler on news," she added. "In order to meet our clients' needs we send more reporters to the Olympics."

She said the staffing numbers for the Paralympics are similar to other sporting events the Canadian Press covers, such as the Commonwealth Games or the Pan Am Games.

Geordon Omand is a multimedia freelance journalist based in Halifax.