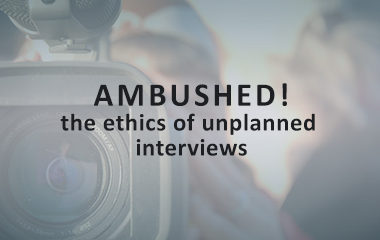 The fifth estate‘s dramatic “jump” footage spotlighted an innocent man’s jailing. But was it fair to air it?

David Milgaard. Steven Truscott. Robert Baltowich. Canadians know the names of these men because Rubin “Hurricane” Carter’s organization, the Association in Defence of the Wrongfully Convicted (AIDWYC), helped bring attention to the miscarriages of justice that landed them in prison.

Back in 1993, Donzel Young became the first case taken on by the newly founded organization.  Young’s legal team at AIDWYC brought the case to veteran investigative reporter Victor Malarek at CBC’s the fifth estate. Together, they helped uncover exculpatory evidence later presented in the 1994 episode, “Wrongfully Convicted.”

Donzel “Chilly” Young was a Jamaican immigrant living in Canada illegally. He was already involved in drug dealings and other gang-related activities when, on September 17, 1989, he found himself at the scene of a double murder at the Scarlettwood Court, a public housing project in Etobicoke. He was arrested on illegal immigration charges shortly after the murders and eventually became the prime suspect. During his trial in February 1991, an eyewitness named Sharon Stevens testified that Young killed the two men. The prosecution’s argument relied heavily on Sharon Stevens’ testimony and Young was sentenced to life in prison for two second-degree murder charges.

Malarek brought this case to the attention of senior producers at the fifth estate. They were intrigued by the possibility that Stevens had given false testimony in court, causing Young’s wrongful conviction. Even after his conviction, Young maintained his innocence. The fifth believed Stevens was an unreliable witness and that she was responsible for sending an innocent man to jail.

When the fifth estate decided to take on this investigation, they tried to reconstruct the events of that infamous evening, speaking to friends and family members of Young, both in Toronto and Jamaica. As they chipped away at their investigation, they realized they were missing a key element: Sharon Stevens. After repeated attempts to contact Stevens for an interview failed, a fifth team flew to Nova Scotia to confront her.

With the camera rolling, they ambushed Stevens in the parking lot of a grocery store. She became hysterical and visibly distraught. She fled the scene sobbing and didn’t answer any questions from the reporter. When they returned to Toronto, the fifth team struggled with the ethical dilemma of whether or not to use this jump interview footage. On the one hand, here was the woman whose testimony put Young behind bars. On the other hand, this potentially humiliating footage contained no new information about the case and exploited a vulnerable interview subject and breached her right to privacy.

To read the rest of this case study, please head to Case Studies Collection, where it was originally published.