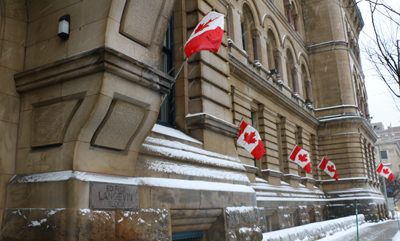 Case Studies Collection: the PMO, the Star, the Advance and the “whole off-the-record-thing”

An email from the prime minister’s office offered a story with strings attached. For two Ontario journalists, the conditions seemed unreasonable.

Inspired in part by the Columbia Journalism School’s Case Consortium, Ryerson University’s School of Journalism has been compiling a database of studies on ethical dilemmas in Canadian journalism since 2012.

Media representatives from the PMO reached out to dozens of publications claiming they had documents that were unflattering to Liberal leader Justin Trudeau. Trudeau had a long history of doing paid speaking engagements across Canada, including a fundraising event for a seniors’ facility in Saint John, N.B., and a local community college in Barrie, Ont. The only catch was the PMO wanted to be listed as an anonymous source in any stories written on the documents. This was a bizarre position for reporters of any political stripes to be put in for a number of reasons.

This case study follows each of the two journalists—one in Canada’s largest big-city paper, the other in a small city just an hour’s drive away—as they decide how to deal with the uncomfortable position imposed on them by the Prime Minister’s staff. At its heart: what does “off-the-record” mean when the source is the most politically powerful office in the land?