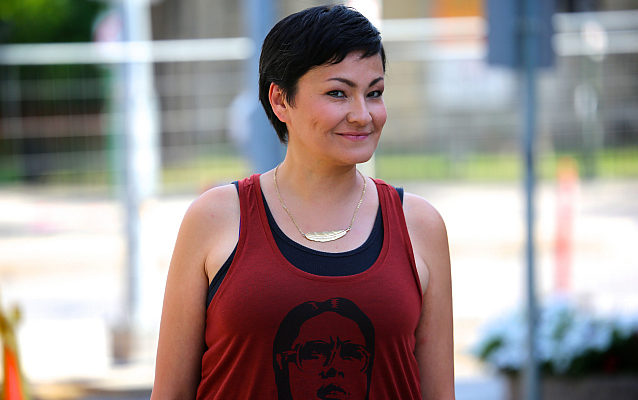 Unreserved, which started as a regional news and storytelling show last year, was added to Radio One line-up Aug. 30.

CBC Radio has added a regular Aboriginal news program to the national airwaves for the first time in 15 years.

Unreserved, which has aired in Manitoba, Saskatchewan and across the north since Sept. 2014, went national on Aug. 30 this year.

Associate producer Kim Wheeler said CBC airs a lot of Aboriginal summer programs, which generally run 10 episodes. But this is the first program to run regularly on the main network in quite some time. “We were all super excited about it,” she said.

The last two regular Aboriginal radio shows on CBC Radio One were the fictional Dead Dog Cafe, which ran from 1997 to 2000, according to a CBC report, and Our Native Land, a news program during the mid-1980s. A CBC spokesperson told J-Source they have also produced several Aboriginal radio specials.

Host Rosanna Deerchild told the CBC in May that a national show was “long overdue.”

Not much has changed about Unreserved’s content since going national. Wheeler said the show is still committed to telling the most compelling stories it can.

“When it was first conceived it was going to be more like The Story From Here,” Wheeler said, which features radio documentaries pulled from across the local CBC networks. But when Wheeler and producer Anna Lazowski joined the team, they started producing more original content. “Even though it started more newsy, it has evolved more into a personal storytelling show.”

Unreserved reaches a diverse audience. Wheeler said she often gets feedback from people who are not Aboriginal themselves who are unfamiliar with some of the issues that are discussed on the program. “We get a lot of messages of thank you,” Wheeler said, noting that she hears that people buy the books or music of authors and musicians featured on the show.

That echoes the feedback received by some of the summer programming that has aired on CBC over the years. New Fire, a 10-episode series aimed at and led by Aboriginal youth, received lots of positive feedback according to creator and producer Andrew Friesen. New Fire host Lisa Charleyboy sent a tweet asking people to retweet if they wanted New Fire to continue—so far, 748 people have. It’s a demonstration of the appetite for Aboriginal programming on CBC Radio One.

Wheeler is now focused on growing the audience for Unreserved—not just online, but at CBC Aboriginal where staff are adding online content to complement their radio features.

Editor’s note, January 5, 2018, 9:10 am: Anna Lazowski’s title is producer, not associate producer. We apologize for the error.