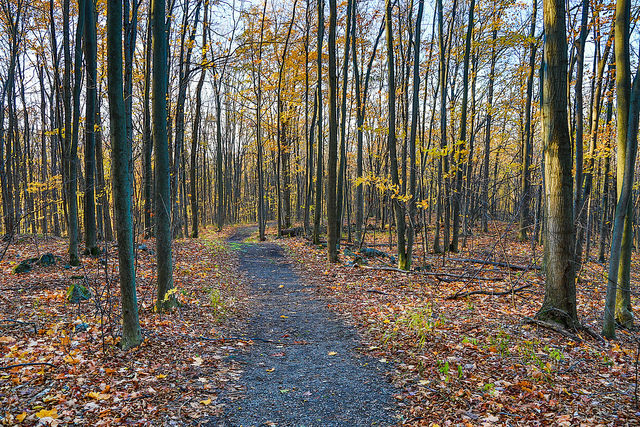 Citizenship, history and First Nations narratives in Dan David’s “All My Relations”

Mohawk writer Dan David weaves personal, political and spiritual history in this 10,000-word piece that reconstructs the context and events of the 1990 Oka Crisis.

What’s the best way to lure readers into a 10,000-word magazine article? Dan David knows. In “All My Relations,” he starts the story with seems to be a cliché hook: “Anyone could tell something was about to happen at Kanehsatake that summer.” Well, so what? It works—not only do I want to know what happened, but also where the heck Kanehsatake is.

David cuts through the mystery by the second paragraph, where he describes the Oka Crisis of July 1990—events that, by the time of this piece’s publication, were over seven years old. For someone who wasn’t alive at the time, nor educated in this important part of Canadian history in grade school, I appreciate David’s presentation of what happened.

David introduces a repeated theme early on. In Mohawk sweat-lodge ceremonies, the participants say “all my relations” upon arrival, when they invite spirits in, and again at the end when they are finished their prayer. David inserts sections of personal narrative throughout the piece, most of which end with this same line: “All my relations.” He’s sharing with the reader a piece of his own culture.

At the same time, David introduces a theme that builds as the story unfolds: a fork in the road. He tells us about the easy road of personal gain and “escape from life and into whatever personal hell one chooses.” He tells us about what he calls the red road: full of adversity, difficulty and hardship that leads “back to the people and to joy that life demands as the price of admission.” David sends out a prayer, to help him know the difference between the two.

At this point, David starts with the first riot police attack in the Pines on the Mohawks, who are protecting their land against government building. He reconstructs the event using his younger sister Gussy’s point of view: “[She] hears bullets snap by her, sees sand kick up around the other women and children as they dive for cover, feels the splinter of bark as bullets gouge the trees they hide behind. Later, she wonders why no one else was killed.”

David was not at Kanehsatake during these events. Instead, he has relied on his sister’s memory to reconstruct the experience and does so in a way that does not stray from the narrative. He shows his skill in reconstructed narrative further along in the piece when he recounts the history of his great-grandfather, formulating detailed reconstructions from a hundred years ago.

David also uses vivid, jarring images that are difficult for the reader to ignore. While he is driving into Kanehsatake, for instance, a Warrior kid stops him and will not let him pass. When David refuses to turn around, the teenager points his AR-15 at David’s stomach. In the moment, David recalls the empty eyes of the young man. He says, “He could blow me away without a flicker of concern. The look in his eyes isn’t much different than the look I’ve seen all summer from the police. It’s the look of people too whacked out by military mindset, fatigue, or dope to care anymore.” From this example, something as simple as looking into someone’s eyes becomes a metaphor.

David’s piece is a cross between a chapter from a history textbook and a diary. He fuses his personal experiences during the clash with an honest account of the events that occurred. In the months after the riot police attack, David describes how nothing made sense to him anymore. He describes himself as both a brainwashed hostage and terrorist at once.

A former CBC colleague in Toronto contacts him because she needs a narrator for a series about Aboriginal people. However, her employer won’t let her hire David since he is thought to be a Warrior spokesman. At this point in the story, it’s easy for the reader to imagine David standing at the proverbial fork, wondering if he should take the red road.

The story segues into what seems like present day. David is informed that he has won a Commonwealth Fellowship—an award he is to accept in London. But, since the government doesn’t recognize the Mohawk as an “internal, sovereign but domestic nation,” he does not have a Canadian passport. A senior officer at External Affairs instructs him to use his American passport to get to London and assures him that he will be able to straighten things out with his passport once he is there.

This strategy backfires when David is later told that the Commonwealth has a problem with his nonexistent Canadian status. He then chooses a path that made me smirk with recognition as a journalist: David writes a letter taking “the words of power people’s promises and commitments” and hurls them back at them. David says, “I’ll march on down to the Times of London, just as my great-grandfather did nearly 90 years before. I’ll tell the whole story. After 1990, you don’t think I’d really trust anybody from the Canadian government do you? I tape all of my phone conversations. I’m sure the Times would be very interested in hearing a tape recording of that official in Ottawa for themselves. You guys got me here. You work it out.”

Upon meeting the Queen the next day, she asks David if he is “one of those naughty Mohawks” to which he replies: “Yes, ma’am, I am.”

The cheeky ending is satisfying. David took the red road and got exactly what he wanted in return. He won his battle, but dealing with the government and maintaining their rights is still an uphill climb for many First Nations people. I learned more about that struggle in 10,000 words of “All My Relations” than 12 years of public school in Canada.