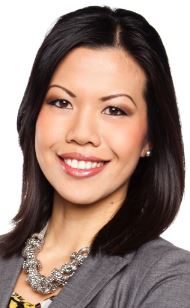 CityNews at Five rebrands as The 5; Melanie Ng joins as new co-anchor

CityNews at Five has got a new name and is adding more multiplatform content in its news delivery. As part of the changes, BT Toronto news anchor Melanie Ng will be joining Tom Hayes as co-anchor of The 5.

CityNews at Five has a new name and is adding more multiplatform content in its news delivery.

“Refreshing our name toThe 5 The 5 is part of a broader strategy to bring viewers another full-hour newscast as part of CityNews's three-tiered evening news programming lineup—including The 5, CityNews at Six and CityNews Tonight,” Dave Budge, senior director for CityNews Toronto, told J-Source in an emailed statement.

The 5 hopes to engage more audiences through a live chat as well as a live stream on CityNews.ca. As part of the changes at City, Melanie Ng will join Tom Hayes as co-anchor of The 5.

Ng joined CityNews as a field reporter in 2010, and in September 2012, her role at City was expanded to anchor the news for Breakfast Television, where she reported live on-location and co-hosted segments with Breakfast Television hosts. Ng previously worked for CHCH News. She graduated from Wilfrid Laurier University with a degree in communications studies and English. She also holds a certificate in public relations from Humber College and a certificate in broadcast journalism from Seneca College.

Earlier this year, Rogers shut down its 24-hour City News Channel, just shy of its two-year anniversary. The changes resulted in job losses for 62 full-time employees—or 2.5 per cent of the company’s broadcast workforce.