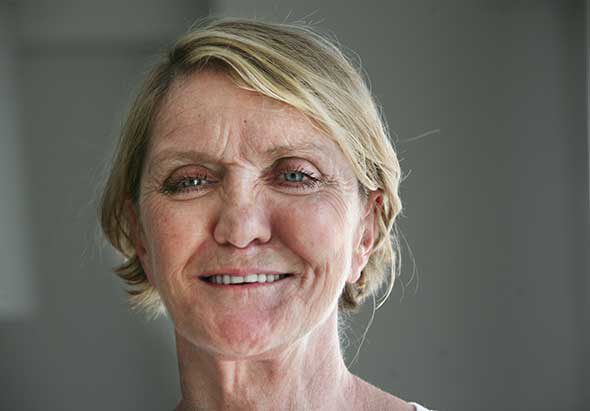 Canadian Journalists for Free Expression will honour Associated Press reporter Kathy Gannon with its Tara Singh Hayer Memorial Award at its annual CJFE Gala: A Night to Honour Courageous Reporting, on December 3, 2014. The 2014 CJFE Gala will also feature an exclusive photo exhibit and silent auction of work from the late Pulitzer Prize-winning photographer Anja Niedringhaus, a colleague of Gannon’s.

The Tara Singh Hayer Memorial Award recognizes a Canadian journalist who, through his or her work, has reinforced and promoted the principle of freedom of the press in this country or elsewhere, and who has taken personal risks or suffered physical reprisals for work as a journalist. The award is named in honour of Tara Singh Hayer, a Canadian journalist and editor of the Vancouver-based Indo-Canadian Times who was assassinated in November 1998.

The 2014 CJFE gala will also feature an exclusive photo exhibit and silent auction of work from the late Pulitzer Prize-winning AP photographer Anja Niedringhaus, a colleague of Gannon’s.

Gannon, a Canadian journalist, and Niedringhaus worked closely together for five years. In spring 2014, while covering Afghanistan’s national election, they were parked at the entrance to a compound in the southeastern province of Khost when an Afghan police officer suddenly fired shots into the back of their vehicle. Niedringhaus was killed instantly and Gannon sustained three bullet wounds to her arm and shoulder. Gannon is currently recuperating in New York and will be in Toronto in December for the CJFE gala.

“As two Western women reporting from an often hostile part of the world, Kathy and Anja’s work offers incredible insight and a unique perspective into daily life on the ground in the Middle East,” said Carol Off, chair of the CJFE gala. “We are very proud to be able to exhibit some of Anja’s stunning and unforgettable images and are tremendously honoured that Kathy will be with us to accept this award.”

Gannon has more than 20 years of experience covering Pakistan, Afghanistan and the Middle East and has worked with AP since 1988. Gannon was in Afghanistan when the Taliban took power in 1996, and was one of the only western reporters permitted to remain in Kabul under the new regime. She also reported on the American invasion of the country following the Sept. 11 attacks in the U.S. Her book, I is for Infidel: From Holy War to Holy Terror in Afghanistan, documents her experiences in a country she has come to love dearly.

CJFE will dedicate its annual gala photo exhibit to Niedringhaus’ award-winning work. The exhibit will feature many of her iconic images captured in Iraq, Kuwait, Gaza, Pakistan, Libya and Afghanistan between 2002 and 2014. In stark contrast to the photographs of violence and destruction that so often appear from these war-torn areas, the exhibit will feature poetic snapshots of everyday life. Niedringhaus began working for AP in 2002 and in 2005 was a member of the team of AP photographers who received the Pulitzer Prize for breaking news photography for their coverage of the war in Iraq. Her award-winning image of a 1st Division Marine carrying a lucky charm—a toy soldier, dressed to match its owner’s uniform—through the streets of Fallujah, along with many others taken by Niedringhaus, will be available for purchase at the gala’s silent auction. All proceeds from the silent auction will go to CJFE’s Journalists in Distress Fund.