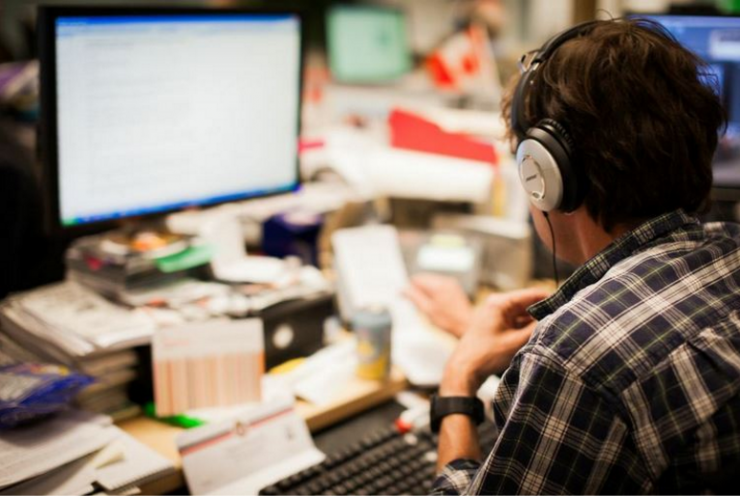 Yes, Canadian media is imploding. Yes, that means that Canadian democracy may suffer. However, as is said, there are only two things that lead to great change: inspiration and desperation. That’s why I believe 2016 will be an inspiring year for Canadian media.

A recent string of failures and shakeups at Sun Media, Postmedia, Ottawa Citizen, Rogers, and more, has kicked off a national conversation about thestate of Canadian media, and the plight of modern-day media in general.

Will enough readers pay for news to make it viable? Do newsrooms produce a “public good” that should be funded like policing? These questions, and related discussions, are the bulk of what was appearing in my “social stream” this past week. Don’t get me wrong — these are good and important conversations. And yet, they’re all too often at the “desperation” end of the spectrum.

“When will ideas like Blendle come to Canada?” — asks a colleague on a Facebook group for journalists

I am not proposing that we look for inspiration “out there,” and simply import it to Canada. I am proposing the opposite: that we embrace inspiration as the ethos that helps us see our current media environment as an opportunity to build something new — something uniquely Canadian, yet globally desirable.

We do not need to wish or wait for startups like Blendle to come to Canada; Canadians will be swimming in increasingly international waters just by doing nothing. We did not have to wait long to see American exports like Netflix, Uber, Huffington Post, and Buzzfeed turn their sights toward the Canadian market. And we won’t need to wait long for the next shiny-new things to arrive either.

However, those arrivals will lead to more of the same: namely, foreign ownership of Canada’s media ecosystem — a situation that has, in many ways, lead to the current failures. Now is the time to build something new: something that will keep talent, decision making, and innovation in Canada.

These are amazing and exemplary of the kind of experimentation that is needed . But — and I say that as someone who has worked with several of these publishers, and who supports many of them financially — these examples alone are not enough.

There are, however, a handful of other examples of great Canadian experiments that potentially point the way.

For better-or-worse, Vice Media demonstrates a forward-thinking media product that is both uniquely Canadian and also desirable beyond our borders — and it is now a rapidly-expanding global platform. Outside of the publishing world, media technology companies like Hootsuite and ScribbleLive immediately come to mind — both saw underserved opportunities, quickly moved to solve them, and now export their products around the globe.

What makes these last three — Vice, Hootsuite, and ScribbleLive — different in my mind is their relentless entrepreneurial focus and global ambitions. They make Canada look “cool,” while also understanding a critical reality:there is no “Canadian market” anymore.

In an era of fast, affordable, ubiquitous Internet access and inexpensive shipping, all markets are global.

Connecting the dots for Canada

We believe the future of media will be discovered through lots and lots of experiments — Corey Ford, Matter Ventures

For the past decade, my life has put me at the epicentre of these questions: I have lived, eaten, breathed, and dreamed the complex set of variables facing publishers in rapidly changing times. My obsession has been that unique, dynamic place where the exciting experiments in the “future of media” collide directly with journalism’s weighty past.

Today — when I’m not in The Tyee’s newsroom trying to figure some of these questions out — I work to convene a series of global gatherings that are trying to be a small part of an answer to this very question called Connect.

Since June this year, Connect has been part of a conversation about the “future of information, news, and media” in Berlin, San Francisco, and London. This week, we are taking that conversation to New York. And we’ve recently confirmed dates for Austin, Brussels, and Miami.

Canada is noticeably absent from the list of cities that Connect is visiting, however, as it is absent from many lists that are making a difference in the global media conversation.

There are few, if any, notable Knight Foundation investments in Canadian experiments. The Open News program has also passed Canada over for five years in a row, even though the Mozilla Foundation is mostly based in Canada. And the last time that the Online News Association — one of the world’s largest gatherings of people thinking about these questions — held its conference in Canada was almost a decade a go.

This single fact is the one that makes me feel the most desperate about the state of Canadian media: it is not that Canadian media is imploding per se. It’s that Canada — and its media along with it — has become increasingly irrelevant in a world of countries that are trying to actually innovate.

Increasingly a follower, instead of a trail-blazer, Canada’s biggest journalism export is quickly becoming its talent — smart people who see better opportunities elsewhere.

And yet, coming full circle, I see an opportunity in the ashes of Canada’s recent media turmoil. It’s an opportunity to re-direct the conversation away from “How to save Canada’s media,” and toward questions of how to radically re-invent a media ecosystem that puts Canada back on the global stage — an exportable model; a desirable product beyond Canada’s borders; an inspiration to the world.

That is the kind of conversation that we’re convening at Connect events across the globe right now. I invite you — Canadian journalists, media execs, and MPs — to join that conversation.

I look forward to a near future where my friends and colleagues in the Canadian media community have shed the desperation and embraced inspiration enough to put Canada back on the map.

[[{“fid”:”5598″,”view_mode”:”default”,”fields”:{“format”:”default”,”field_file_image_alt_text[und][0][value]”:””,”field_file_image_title_text[und][0][value]”:””},”type”:”media”,”link_text”:null,”attributes”:{“height”:1000,”width”:1000,”style”:”width: 100px; height: 100px; margin-left: 5px; margin-right: 5px; float: left;”,”class”:”media-element file-default”}}]]Phillip Smith is a battle-scarred veteran from the frontlines of digital publishing where, for more than two decades, he has provided unsolicited advice to innovative publishers around the globe. Phillip currently splits his time between leading a small technology team at the award-winning online news site, The Tyee, and producing an international series of media entrepreneurship events in partnership with Google News Lab.

This post was originally published on Medium, and is republished here with the author’s consent.