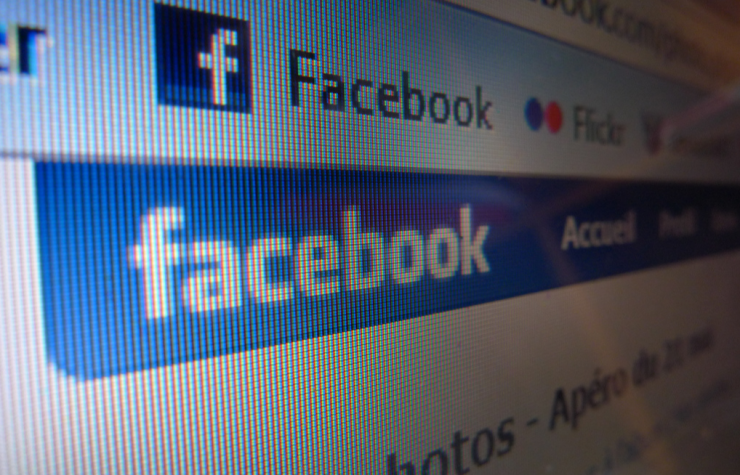 Freelance journalists use digital communications to organize a collective fight against rights-grabbing contracts.

In September 2013, Canadian freelance journalists triumphed over restrictive copyright demands that TC Media laid out in its blanket freelance contract. After almost eight months of mobilizing and boycotting the contract, freelancers forced the media conglomerate to amend it. Under the proposed contract, freelancers would have to waive their moral rights and grant TC Media full copyright across all of its brands, in all languages, on all platforms, for eternity. The contract would have applied to all current and yet-to-be invented media forms where writers’ works appeared, including print and digital, without paying writers extra and preventing them from reselling their works.

To help freelancers win this struggle, L’association des journalistes indépendants du Québec (AJIQ), which advocates for freelance journalists, and the Canadian Media Guild (CMG), a union that represents media workers, formed a national coalition in February 2013 and initiated a social media campaign with the Canadian Freelance Union, the Canadian Writers Group and the Professional Writers Association of Canada (PWAC), among other organizations. The campaign used the Twitter hashtag #nesignezpas (#dontsign) to circulate news articles, press releases and support letters.

A month later, CMG launched a public Facebook group called “Back off, Elle Canada and Canadian Living publisher.” In 12 hours, 200 people joined the group and began posting links to press releases, news and information about the TC Media contract. AJIQ also set up an invite-only “closed group” for  members to mobilize “without discrimination,” said Mariève Paradis, who was president of AJIQ during the contract battle.

By early April 2013, TC Media announced that it would amend the contract. Paradis attributes the coalition’s success to its online mobilization: “We used the tools that we had in hand to share communication quickly and social media did the trick mostly.” According to the revised terms of the contract, freelancers can retain their copyright and moral rights. TC Media asks for the exclusive right to only the first publication of freelancers’ works for 12 months and will compensate them for additional use.

Freelancers have been disputing digital rights with other companies, too. Canada Wide Media, the Toronto Star and Accessible Media Inc. are among the media companies that, since 2012, have asked to reuse freelancers’ work across digital platforms without compensating them. In all of these cases, freelancers and their organizations have been strategizing to resist rights-grabbing contracts.

Struggles over freelancers’ digital rights have a longer history in Canada. In the 1990s, newspapers and magazines began electronically reproducing thousands of freelancers’ articles, transferring or selling them without permission and without paying writers royalties. In 1996, the late Heather Robertson, a journalist and a founding member of PWAC, filed a class-action lawsuit against The Globe and Mail, and in 2009, won an $11-million settlement. In 1997, the Electronic Rights Defence Committee (ERDC), a group of Montreal Gazette freelance journalists, initiated a class-action suit against the paper’s owner, Southam Inc. In 2014, ERDC settled for $83,210.27 and 189,479 voting shares in the Gazette’s parent company, Postmedia. In 1999, AJIQ launched a lawsuit against 13 Québec publications. By 2014, AJIQ had settled with all of the publications’ owners individually except Voir, with freelancers receiving more than $190,000 as compensation for the digital reuse of their articles.

While these landmark cases represent a victory for freelancers, they have arguably led to today’s restrictive freelance contracts, which demand all rights to writers’ works. “All of these rights-grabbing contracts are really meant to avoid future class-action lawsuits,” said Karen Wirsig, a CMG organizer.

Simon Van Vliet, now AJIQ’s vice-president, doesn’t think that rights-grabbing contracts are necessary, as they can provide publishers with too much flexibility. “Publishers just want to make sure that eventually, if they do need to use the rights, they will still have them, but most of the time they don’t need those rights,” he said.

Nevertheless, it’s because of those lawsuits that freelancers’ digital copyright has gained wider public recognition, leading freelancers to organize collectively into and alongside trade unions. Freelancers were mainly members of professional associations such as PWAC, which played an important role in the Robertson lawsuit. Yet, organizing freelancers beyond class-action lawsuits is vital.

“Class action ends up making the companies just deal with risk management instead of forcing them to actually deal with the workers in an ongoing way. It only looks to the past,” Wirsig said. “The problem with class action is that it doesn’t organize people.” Trade unions provide ways for freelancers to fight for improved working conditions and can offer freelancers ongoing protection.

Despite the success of the 2013 TC Media campaign, freelancers still face contract issues. In November 2014, Transcontinental sold 15 magazines to Quebecor Media’s TVA Group. Van Vliet is concerned that if the sale is approved, it will limit the number of media outlets to which freelancers could sell their work. “In terms of magazine freelancing in Quebec, it’s a highly concentrated market, so if it gets even more concentrated, it’ll give even more power to Quebecor, and Quebecor hasn’t been open to negotiations about their contract,” he said. Quebecor’s contract contains similar terms to the TC Media contract against which freelancers fought.

AJIQ has been advocating for provincial legislation in Quebec to address freelance labour as an “industry-wide issue,” Van Vliet said. “It’s what we’ve been advocating for 25 years, that there be a collective bargaining framework that would be worked into law, so that those types of issues—contracts and wages—would be set in collective bargaining for the whole industry, so that we don’t have to negotiate individually as freelancers with each publisher.”

Beyond proposing legislative reform, digital communication can be an effective networking and organizing tool for freelance journalists because these workers typically don’t share a physical workspace. “Freelancers work in isolation,” explained Rachel Sanders, who has freelanced for 15 years, “but the digital realm allows us to come together in ways that previously were more difficult to do.”

Freelancers can also use digital communication to air their grievances, such as with the 2013 TC Media campaign. StoryBoard.ca, an initiative of CMG and the Canadian Writers Group, is one such online platform that was created in 2010 for freelancers who experience unfair labour conditions. Sanders, the site’s editor, welcomes contributions. The site has published several articles by freelancers about declining conditions, including Ann Douglas’s post on why she quit her Toronto Star column and Jay Teitel’s open letter imploring TC Media to change its contract.

Despite its potential, digital communication alone can’t organize freelancers. Wirsig said that Twitter is an effective way mainly to disseminate media workers’ messages, as freelancers used the platform during the #nesignezpas campaign. “It’s really good as a broadcasting tool, not as good as an interactive tool for organizing because it’s such a public space,” she explained.

“It’s obviously better to have in-person meetings,” Sanders affirmed. “It’s very meaningful to freelancers to have opportunities to meet with other freelancers.”

Paradis agreed: “[Social media] can reach a lot of people, a lot faster than traditional communication like email or even mail. Social media can be a faster way to drive the engagement further into meetings or into other actions.” If freelancers want to actively resist exploitative contracts and enjoy ongoing labour protection, they can incorporate digital tools into their overall organizing strategies.

[[{“fid”:”4129″,”view_mode”:”default”,”fields”:{“format”:”default”,”field_file_image_alt_text[und][0][value]”:””,”field_file_image_title_text[und][0][value]”:””},”type”:”media”,”link_text”:null,”attributes”:{“height”:”544″,”width”:”361″,”style”:”width: 100px; height: 151px; margin-left: 10px; margin-right: 10px; float: left;”,”class”:”media-element file-default”}}]]Errol Salamon is a PhD candidate in communication studies at McGill University, where he’s completing a dissertation on the labour disputes and alternative journalism of newsworkers in Canada. He’s a co-editor and co-contributor to the forthcoming book Public Strategies for Journalism in the Canadian Media Ecology (University of Toronto Press). He has written for rabble.ca and J-Source.