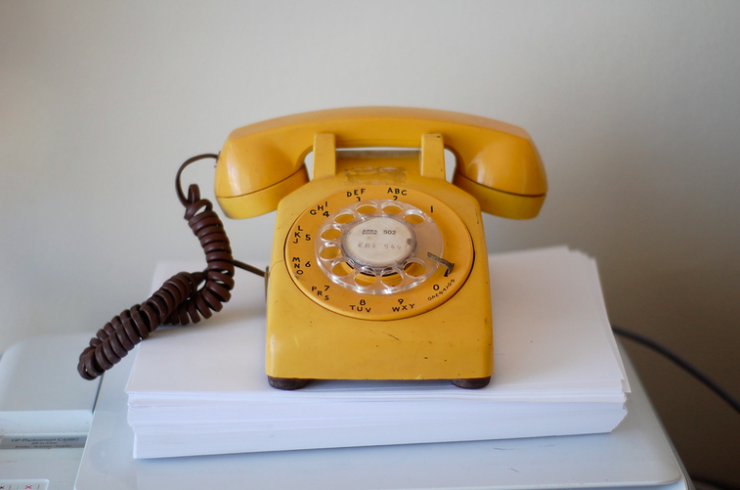 Do your reporting students suffer from phone phobia?

The phone is undoubtedly one of the biggest challenges for today’s journalism educators. Here are some tactics that worked for me.

The phone is undoubtedly one of the biggest challenges for today’s journalism educators. And I’m not referring—for once—to the student obsession with smartphones. That is a column for another time.

In the three years I have been teaching I find that many students, who grew up communicating via text, email and social media, have a phobia of talking on the phone, especially to people they do not know. It’s not that they avoid the most difficult phone calls—it’s that they don’t like to make phone calls at all. The best assignments, some students say, are the ones where they don’t have to talk to people.

That is an obvious problem, because being a journalist means talking to strangers on the phone, all the time. It can never be replaced by email and interviews via Facebook. I am not saying email interviews are all bad. They are better than nothing, and sometimes, especially for technical subject matters, it benefits everyone to have a thorough and deliberate answer rather than one given on the fly. Email is also useful for making initial contact, setting up interviews and checking information after an interview.

But email interviews are a problem, because they allow the interviewee to control the interview, rather than the journalist.

Phone interviews are superior because they are conversations. One question leads to another. Interviewees have a harder time dodging the tough questions. And a journalist can sometimes get several other story ideas out of one phone call, in a matter of 15 minutes or so.

So, how should journalism teachers cope with phone avoidance? Here are a few thoughts:

1. First of all, I don’t make light of phone phobia. I tell students the story of how terrified I was to make my first interview call from my mother’s red rotary dial when I was a journalism student in the 1980s. I still remember sitting in her kitchen, thinking I did not have the right to ask anybody about anything. And I grew up on the phone—I used to spend hours every night talking to my friends when I was a teenager.

2. I don’t let students conduct interviews via email, unless they have already fulfilled the assigned quota for interviews in person, on the phone or via Skype. If they are writing a story that requires three interviews, only the fourth interview can be done via email or Facebook.

3. I try to give assignments in which making the phone call is the end goal, rather than a means to an end. Last year, I assigned a phone survey to my first-year journalism students at Concordia University, which required them to try to contact all 75 Quebec MPs via phone to ask them their opinion on doctor-assisted suicide. The survey was a bit of a bust, because students were frustrated by the lack of responses. But at least they got to experience what it is like to make repeated calls, talk to assistants, and try to arrange interviews. It is an assignment that I would try again.

4. Some students feel crushing anxiety at the thought of making cold calls to strangers because they fear  rejection and have not built any confidence as a journalist. I suggest that they compartmentalize: to think not of themselves as young persons with no right to ask questions of often much older subjects, but as a detached reporters whose job gives them permission to probe. If they face rejection, it is simply not personal.

I should add that not all journalism teachers oppose email interviews, and some believe they are fine. As I acknowledged earlier, they do have some value. While electronic communication can help a journalist do his or her job, there is nothing like hearing somebody’s voice and measuring their tone. And the only way to get over a phone phobia is to pick it up and make the calls over and over again. Like anything, the more one does it, the easier it gets.