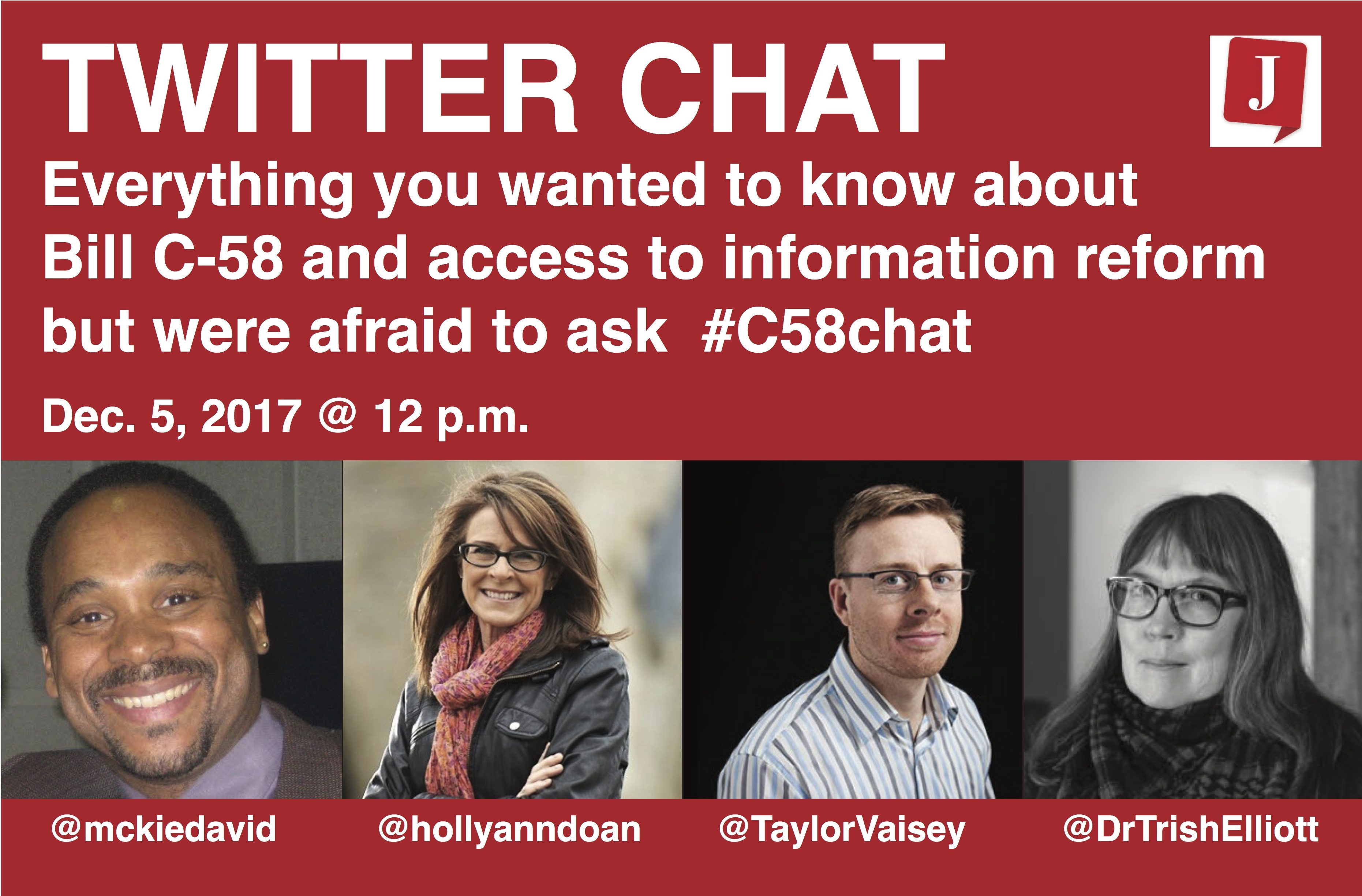 Join us on Twitter for a wide ranging chat on Bill C-58 and access to information reform, moderated by J-Source’s editor-in-chief Patricia W. Elliott.

We’ll be tweeting under the hashtag #C58chat.