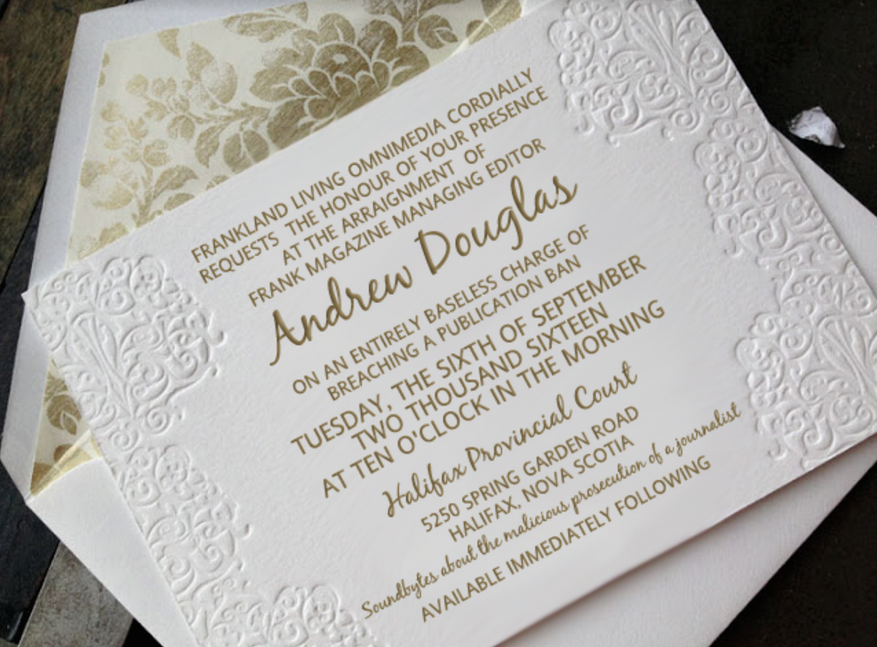 Douglas, who was first summoned to appear in Halifax Provincial Court on Sept. 6, said he was surprised the Crown is proceeding with the case.

Andrew Douglas, managing editor of Frank magazine in Halifax, will go to court Dec. 15 to face trial for violating a publication ban in a murder trial.

As J-Source previously reported, the publication ban was imposed in July at a preliminary hearing in the murder trial of Christopher Garnier, charged with second-degree murder in the death of Catherine Campbell, a Truro, N.S., police officer found dead in the Halifax area last September.

Douglas, who was first summoned to appear in Halifax Provincial Court on Sept. 6, said he was surprised the Crown is proceeding with the case. He maintains that a story Frank published in July was based on a leaked document the magazine had received before the ban was imposed, that his story was already online when the ban was imposed and that the print edition of the magazine containing it was on the press earlier on the day of the preliminary hearing.

Justin Safayeni, who practices media and defamation law at Stockwoods LLP in Toronto, agreed with that argument. “If the information was obtained from sources before the beginning of the preliminary inquiry, then Douglas has a very strong defence to any charge of failing to comply with a [Criminal Code Section 539] publication ban,” Safayeni told J-Source in August.

“That ban only applies to ‘evidence taken at the inquiry.’  Information obtained from sources before the preliminary inquiry takes place is not covered by a ban made at the inquiry, even if there may be some degree of overlap between what was known independently before the inquiry and the evidence that later emerges at the inquiry.  On that basis alone, I would expect the charge of breaching the publication ban to fail.”

However, Halifax Crown Prosecutor Catherine Cogswell has a different view. In audio of a media scrum following Douglas’ initial appearance in court—provided to J-Source by Douglas—she is heard to say that the publication ban applies regardless of how or when Douglas obtained the information.

Asked by a reporter what a media outlet is to do if information it has already published subsequently becomes subject to a ban, Cogswell said: “When the publication ban comes into effect, take it down.”

Meanwhile, the Crown provided new disclosure documents to Douglas in connection with the publication ban charge. On Sept. 19, Frank published a new article based on some of this information. That article argues that before the preliminary hearing in the murder trial, the Crown appears to have entered the document on which the original Frank story was based as sealed evidence in the murder trial with the goal of making it subject to a publication ban,  to prevent publication of information it contained.

The article quotes Amanda Wong, Campbell’s aunt, as saying in an interview with a police investigator on July 21 that Crown attorneys Christine Driscoll and Carla Ball “decided that they would enter the information that the Frank article was built around as evidence and seal it, so that there would be a publication ban as it was entered in the preliminary, and Frank wouldn’t be able to publish it.”

Journalists and the law

Read More
Journalists and the law 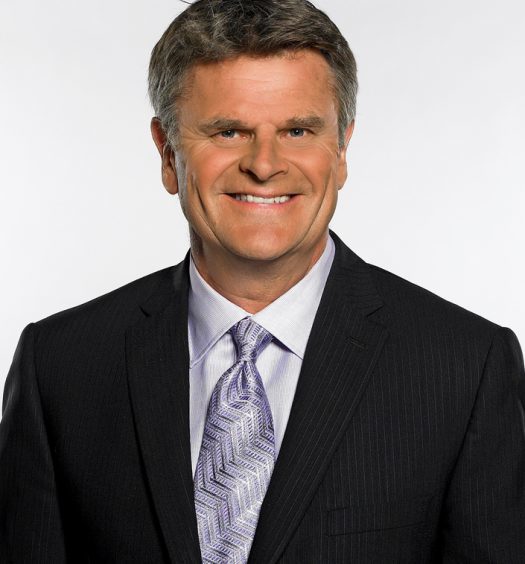