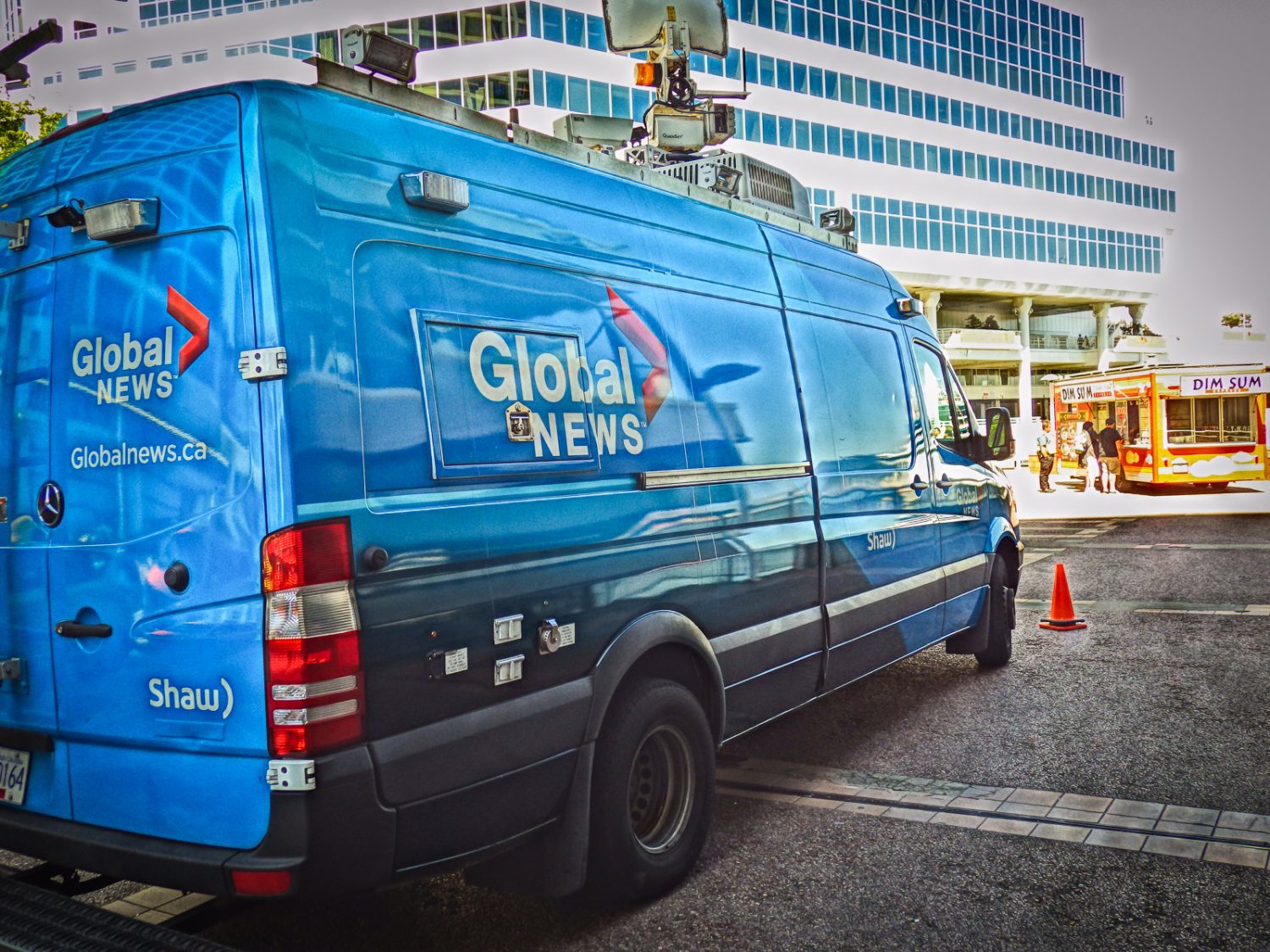 Two Global News journalists were assaulted and a camera smashed according to reports from Global News.

During a counter-protest to a planned far-right demonstration in Quebec City Sunday, two Global News journalists were assaulted and a camera smashed, Global News reported.

Global said its cameraman Jean-Vincent Verveille was assaulted by protesters, one of whom destroyed his camera. Reporter Mike Armstrong was shoved down some stairs in the incident.

Armstrong tweeted that the attackers belonged to a violent group of anti-fascist protesters. Neither Armstrong nor Verveille were injured, Global said.

“Assaults on media workers erode press freedom rights and undermine the critical role journalists play in strengthening democracy,” Canadian Journalists for Free Expression said in a statement. “During periods of social unrest, journalists act as observers and disseminators of up-to-date news on these public interest issues, and thus must be allowed freedom to conduct their work. Journalists also work to gather and publish evidence which can help to support demonstrators claims of police brutality or repression.”

“Acts of violence against journalists and media personnel while covering protests undermine the press’s ability to accurately report news that is in the public’s interest,” said Margaux Ewen, advocacy and communications director for the North America Bureau of Reporters Without Borders, in a statement. “Those responsible for this deplorable incident should be immediately identified and charged accordingly.”

Editor’s note, August 24, 2017: A previous version of this story included a headline that incorrectly stated that the events took place in Montreal. They took place in Quebec City. We apologize for the error.

Reporters please leave – the opposition leader is going to speak