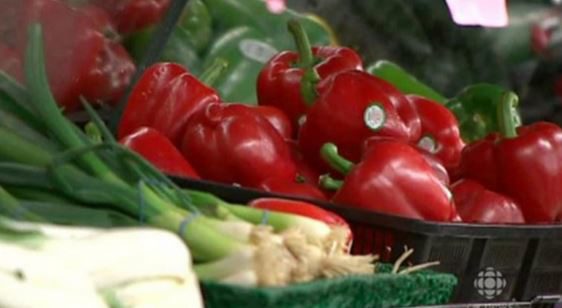 Getting at the truth: Organic answers or misleading information?

Rob Ford famously accused reporters of not asking the right questions about his past cocaine use. Journalists felt they had been misled. But that's not an uncommon feeling reporters have when they interact with politicians, bureaucrats or communications officers. What happens when proof of misleading information surfaces?

In the delicate dialogue which media conduct daily with various levels of government, reporters sometimes come away with a feeling they are being misled.

It's not every day that proof of this suspicion surfaces. But that's exactly what happened in a recent story CBC reported on the testing of organic fruits and vegetables.

It began several weeks ago when our investigative unit in Winnipeg requested results from tests conducted by the Canadian Food Inspection Agency into the presence of pesticide residue on organic produce. The Access to Information request was granted, and data between September 2011 and September 2013 was released.

Even though CFIA stated that the results showed about 20 per cent of organic produce contained pesticide residues, CBC's own analysis revealed the number to be 46 per cent. The CFIA eventually agreed with our findings.

What was even more alarming was that eight per cent of all organic samples had so much residue that it was a good indication there may have been deliberate application of synthetic pesticides.

That's disturbing news to anyone who pays a hefty premium to ensure their food is grown in an environment as free as possible of pesticides.

Faced with the prospect of CBC reporting on this matter, the CFIA sought to re-assure the public by telling us that it took deliberate measures whenever it discovered pesticides on organic produce. Even though it didn't consider this to be a health risk, the CFIA said it sent those test results to organic food certification bodies for follow-up.

To be clear, this wasn't just a casual comment offered by the agency. It was explicitly stated in emails, documents and a telephone interview with the CBC.

"If there is non-permitted substances found in organic products, we would notify the CFIA-accredited certification body who would request the organic operator to take corrective action," a CFIA spokesperson told us. "So we have the system in place, and we have the confidence in our system, and we have the mechanism to address any non-compliances if they arise."

We included that explanation in our original report, published Jan. 8. That's when the story took an interesting twist.

We received a tip from an insider – someone in a position to know the truth about this situation. The tip was that the CFIA was not submitting test results to the certification bodies, because it was still figuring out a protocol for how to do so.

Confronted with this information, the CFIA then conceded that the data was still being analyzed and no results had yet been sent to certification bodies, despite telling us otherwise for the last few weeks.

"We apologize for misleading you, but that wasn't our intent," said Ron Milito, director of the CFIA's issues, communications and media relations unit.

Sometimes the line between being coy with the truth or outright lying can come down to the specific words asked in questions, and the precise words that are offered in response. Remember former president Bill Clinton's famous stern pronouncement that: "I did not have sexual relations with that woman." Or Rob Ford's explanation to reporters for why he hadn't lied in the past about using crack cocaine: "You didn't ask the correct questions…. You ask the question properly, I'll answer it."

The organic testing story showcases the need for media to ask the right questions, and to keep asking them until they are satisfied the answers are responsive to the public's need for getting as close to the truth as possible on important issues.

This post was originally published on the CBC Editor's Blog.