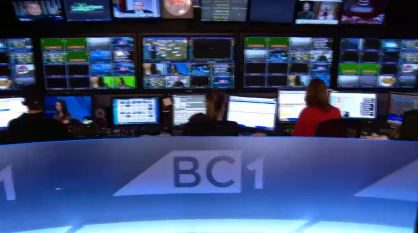 When Global News decided to test the market with a 24-hour news channel, it did so with BC1 in a province where it attracts the lion’s share of the audience. Did the gamble pay off?

When Global News decided to test the market with a 24-hour news channel, it did so with BC1 on March 14, 2013, in a province where it attracts the lion’s share of the audience. One year later, did the gamble pay off?

After all, while Bell Media’s CP24 has been running in Toronto for several years, Rogers shut down its Toronto-based 24-hour CityNews Channel in May, just two years after it launched, citing financial difficulty.

According to Kenton Boston, Global News vice-president of operations in B.C., response to BC1 has been “overwhelming.”

“For us, it’s a success story that’s just beginning,” he told J-Source. “It was a completely untapped market here in B.C. … just look at the success of CP24.”

The channel attracts a comparatively young audience of 18 to 49 year olds, Boston said. According to BBM Canada figures, BC1 attracted 350,000 viewers in fall 2013. And even though BC1 simulcasts many of the same programs that appear on Global, such as The Morning Show, Global National and News Hour, the audience tuning into these shows on BC1 is younger compared to Global News.

“Conventional wisdom is that television audiences are getting older, but advertisers want to target the younger audiences—we’re actually attracting them.”

Boston credits the live, breaking news format and a ticker that lists all the “hot and fresh” local happenings for attracting a younger audience. “In B.C., it’s just never been done before that any channel has put up the entire speech from the throne or covered the entire provincial budget,” Boston said. “The audience has a tremendous interest in that live coverage.”

Advertisers are also interested in the ticker box, which can feature ads several times during the day. “(Advertisers) don’t want to pay the traditional rate for a big ad, so this is a good alternative for their message to put their message out,” Boston said.

So what’s next for the fledgling channel? BC1 needs to focus on its editorial strategy, Boston said. “That means we need to figure out how to cover live news even better, and also educating our audience and the community on how live coverage is done and what we need to make that happen logistically.”

As for expanding the 24-hour news channel format to other markets, Boston said there have been several discussions, but nothing concrete that he could reveal at the moment. “We’re very optimistic that it could work in other cities as well.”