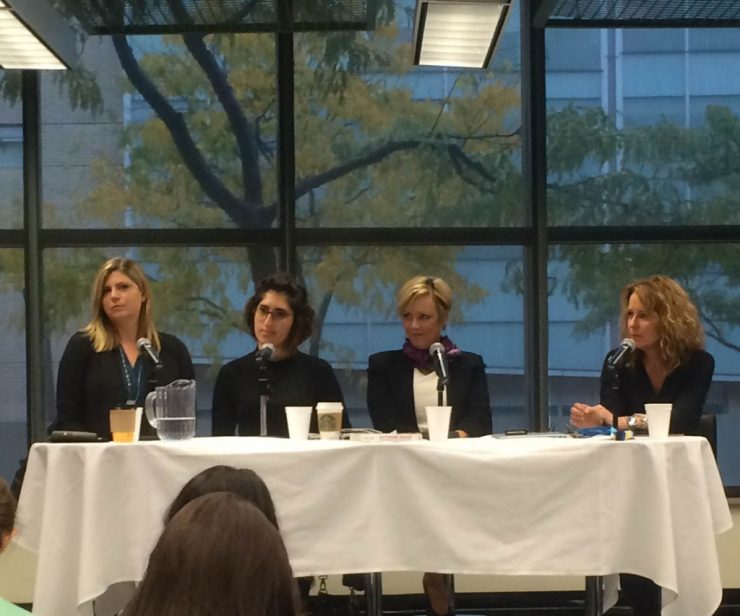 The harassment of reporters online and during live television hits can have personal consequences for women in the field and affect their careers.

By Allison Ridgway, for the Ryerson Journalism Research Centre

The harassment of reporters online and during live television hits can have personal consequences for women in the field and affect their careers, veterans of the troll wars said during a panel discussion hosted by the Ryerson Journalism Research Centre.

Harassment – both online and off – most often targets female journalists and raises concerns about their safety on the job, author and journalist Paula Todd told a room packed with journalism students during the Oct. 28 event. This in turn, she warned, may make producers hesitant about sending women out to do live broadcasts at all.

“Imagine if you’ve worked hard to get this position [as a reporter],” Todd said, “and now someone is trying to prevent you from doing your job.”

Fellow panelist and CityNews reporter Shauna Hunt knows all too well how harassment interferes with her ability to do her job. Since it was popularized by several online videos in 2014, she and other women journalists across North America have had the phrase “f**k her right in the p***y” (known by the acronym FHRITP) yelled at them by passersby while they are trying to film live hits.

Hunt said she has been interrupted by children, men in business suits and drivers who roll down their windows to shout the obscenity as they pass by. Reporters at her station, she said, have tried to cope by using noise cancellation equipment and repositioning the camera in quieter areas where there are fewer people. In the latter case, filming away from the crowd is at odds with the whole point of doing a live hit, which is to be in the middle of the action.

“The anxiety level used to be very high,” Hunt said. “We’d say in the newsroom, ‘I just don’t want to do [this story]’ because we knew we’d go out there and be harassed.”