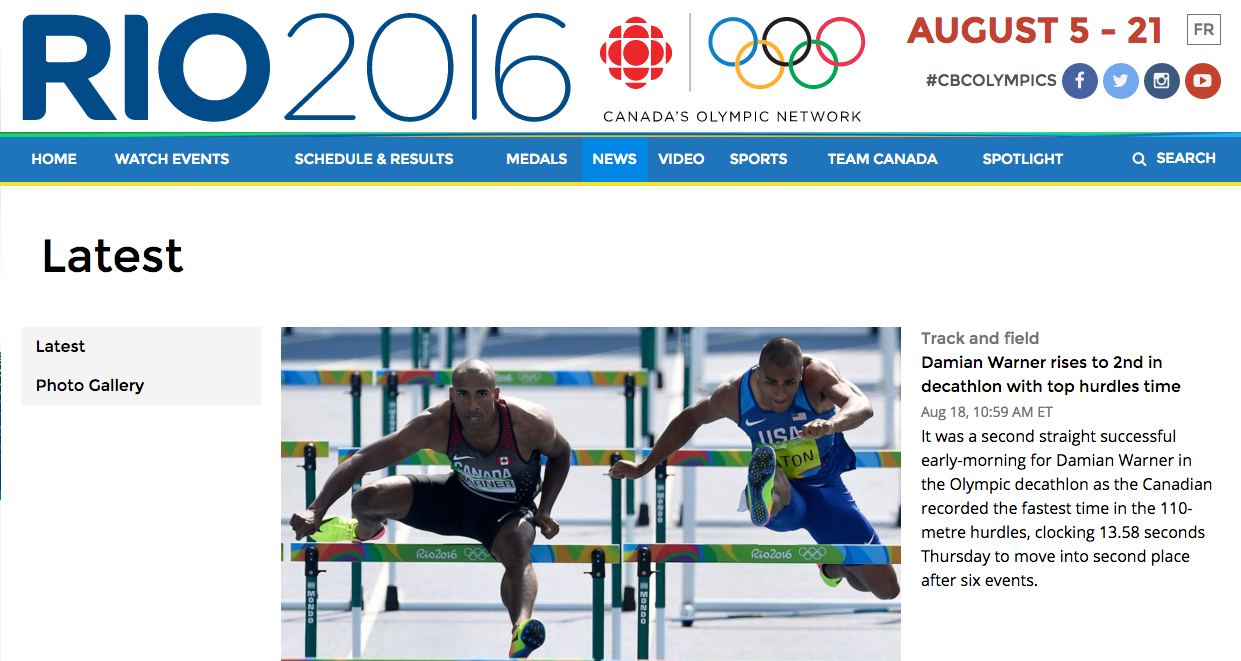 How the CBC News team covers the Olympics

A news team of 15 covers every Olympic news story all day, every day.

For two weeks every two years, the eyes of the world turn to the city picked to host the Olympic Games.

But all of those people are depending on the world’s media outlets to bring the Olympics to them. The CBC, Canada’s official Olympics broadcaster, is where many  Canadians watch Olympic events and get their news about the games. A CBC News contingent of 15, including camerapeople, producers and reporters, works on the Olympics every day while they are on.

But what is like to be one of the journalists covering the Olympics 24/7? Andrew Ferguson, executive producer for CBC News Network, and Bob Weiers, senior producer overseeing Olympic news coverage, took J-Source through the nitty gritty of news coverage.

While the Olympics only last two weeks, the preparation for them is much longer. Weiers said that the production teams have been preparing for months, and CBC had a pocket bureau set up for a month proceeding the Olympics that worked on advance stories, including the Zika virus outbreak and the political situation in Brazil. “People seem to be interested at home largely, I think, because we had so many advance stories,” said Ferguson. “People expect us to follow up on them.”

Day-to-day coverage on the CBC morning show, which Ferguson is running with Heather Hiscox, can depend on what stories unfold during the day, and how Canadian athletes perform the night before. “We go to bed not quite sure who is going to be with us in the morning,” Ferguson said—you can’t predict the news, which to this point has included a green diving pool, a camera accident, forest fires and the unfolding story of what really happened to American swimmer Ryan Lochte.

Sometimes, there are consistent reporting themes that emerge. Weiers said that since Salt Lake City, security at the Olympics has always been a story. Doping stories also always seem to emerge, particularly this time around.

Every Games is unique

Weiers has worked on four different Olympics while Ferguson has covered two, including Rio. Each one of those comes with their own ups and downs.

“Essentially we are creating a temporary newsroom…very, very far away from where we normally operate,” Weiers said.

Weiers said that doing Olympic coverage, because of the security and International Olympic Committee rules that govern every Games, and the actual length of the working day, creates a challenge of knowing what’s going on at both the Games and in the city.

For example, it may take 30 to 40 minutes to get to venues because of security checks. “Just that represents an enormous challenge that you don’t normally face when you’re trying to cover a story out of a newsroom in Toronto,” added Weiers. There are also rules about how many people can cover events, where they can set up equipment—the list goes on and on.

For instance, just four CBC News staff were given clearance to cover the 100m sprint on Aug. 15, featuring Canadian runner Andre De Gasse, who ended up winning bronze. That’s not a lot of people when you consider that they are producing stories for multiple platforms.

Each Olympic city also brings its own challenges. Before the Olympics in Rio started there were concerns about the facilities, the political situation and Zika virus, to name a few. “People are not bathing in DEET here,” said Ferguson, who noted that once the Olympics got going things seem to run fine.

“Some of the nice-to-haves aren’t necessarily part of these Olympics this time,” said Weiers of the budgeting in Rio de Janeiro—but he said it all functions and works, at least in his experience.

You know, colleagues with cameras are tricky peeps. All those awkward high tech moments they catch. Tks JF. I Owe U pic.twitter.com/sdjsqOqk3x

While the athletes may be competing, the CBC and other international Olympic affiliates are working together more than they usually would be to get to every story at the games. For example, Weiers said CBC was able to grab photos to go with a story about doping from Russian broadcasters—all they had to do walk down the hall at the International Broadcast Centre.

“That kind of cooperation between broadcasters happens quite a bit here because everybody knows that one turn of a favour for one person can help somebody out the next time around,” said Weiers.

Internally, the CBC newsroom is comprised of both  French and English language staff, which means they are working together much more closely than they do at home in Canada. Since they have limited staff, and lots to cover, it’s common for some journalists to pick up clips in both French and English to help out. “I’m working with Heather Hiscox, who is bilingual, so if we’re going out on a shoot she’ll grab clips (in French),” said Ferguson.

“It’s just great what we can do when we’re in one big newsroom like this,” he added.

Coffee is always crucial for journalists but more so during the Olympics. The CBC News staff works from about early in the morning to late night, covering multiple events.

No one tell National Post columnist Scott Stinson, who infamously bemoaned the small coffee cup sizes at the Olympic media centre, that the CBC crew has access to a full fledged coffee shop. “We bought into the NBC cafeteria that is (in the IBC),” said Ferguson—they have a McDonald’s. “That’s basically our go-to spot.” 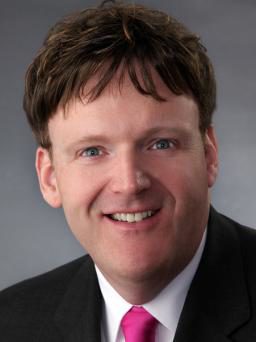 The Guardian (PEI) gets new opinion and news editors