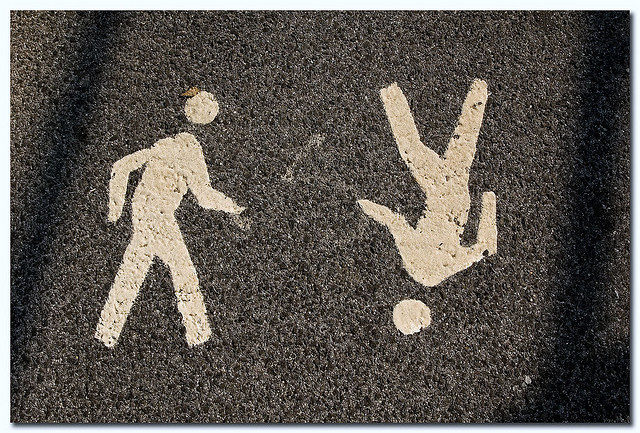 In “Both Sides of the Street,” Ian Brown finds a microcosm of a changing city

What might have been a short article about the casualties of gentrification becomes a feature on class, family, isolation and belonging.

“Both Sides of the Street,” Ian Brown’s 1986 feature for Toronto Life, starts with the familiarity of an old neighbourhood: as though readers have any idea who “they”—the Grove family—are. The bikini-clad Mrs. Bobo in the front yard, Mr. “Godzilla” Bobo and his buddies tearing apart the engine of his Mercury Marquis in the early morning hours. How you react to the characters plants you firmly on one side of Grant Street or the other.

Whereas its residents once lived their lives in their front yards, the Grant Street in Brown’s feature has become a “backyard” community of polite chitchat and intimate dinner parties.  It’s a transition back to the haven of the upper-middle class, before Riverdale became a part of Toronto in 1891 and “the first streetcars had ventured across the Don River.”

This could have been a much shorter article about the cultural casualties of gentrification. It might spend 100 words on the Groves—enough to set up a contrast between them and their more affluent neighbours—without the inclusion of relatively unimportant details, like the fact that you could get $10 Levis in the neighbourhood. But Brown finds a larger story in a corner of the metropolis, reporting on the average person and connecting readers to common themes: community, class, family, isolation and belonging.

The Groves are large, loud and working-class—Riverdale before the yuppies descended. To the new residents, they’re interlopers, “the centre ring of the circus known as Grant Street.” But they ground the feature in the colour and history they offer. There’s the retelling of the infamous shooting of Wayne Groves and stories of a flying television set and fights involving various blunt objects. If so much of the feature seems dominated by this family it’s likely because, unlike their neighbours, they were willing to talk and Brown was willing to listen.

And yet, there is hardly a trace of the journalist in the piece, though we can imagine him among the Groves in their living room, or on their front lawn, and certainly in another family, Emily and Richard’s, kitchen. It’s the only moment in the piece where Brown’s presence is clearly felt: he describes the lawyer and doctor as they ponder the most important things in their lives (“I can answer for myself,” Emily tells Richard.) The inconspicuous immersion makes it easier for the readers to imagine themselves among Brown’s characters.

The approach means neither the Groves at number 23 nor the Pecks at number 45 are mocked when they could easily be made to look foolish and inappropriate or superior and pretentious. Instead, everyone on Grant Street is trying to figure out what the neighbourhood has become: “Gearboxes, more and more Chinese, couples who travel all the way to St. Lawrence to shop…and of course, there are women who work.” And they’re trying to figure out what it used to be: “You feel good about one of the baddies moving out…and then you feel guilty about that. Because those people are people too.” They are equals because they are all out of place. Even the young professionals who dominate the street occasionally fumble the social rules of the self-conscious upper-middle class.

Riverdale in 1986 is a microcosm for the changing city, and “Both Sides of the Street” is as relevant in 2015 as it was in 1998 during the fractious amalgamation debate. Or in 2009, when the plans for Regent Park’s twenty-first-century transformation were finalized. Today, Torontonians mourn the loss of unifying kitsch such as Sam the Record Man and Honest Ed’s and debate over the arrival of Loblaws in Kensington Market. The Ford era of municipal politics has been characterized not only by international notoriety but also by an overt tension between those of the original city of Toronto (the downtowners) and suburbanites, making clear that in a city that prides itself on diversity and inclusiveness, identity is sacred and class divisions run deep.

City Hall is still committed to the idea that mixed-income neighbourhoods are key to revitalizing the less attractive parts of urban centres. Regent Park was the quintessential bad neighbourhood until an Olympic-sized pool, a bistro and new arts centre moved in.

I was reminded of a story I wrote in 2012 about Regent Park while reading “Both Sides of the Street.” This was just before the Daniels Spectrum’s big opening at Nuit Blanche, when cranes still stood on the space that is now the community centre. I’d spoken to professionals but wanted to find out how the new facilities were being received by the residents. A year earlier, I’d taken the 505 streetcar from Ryerson to interview a community leader about a youth media program he ran; I knew what a difference the new centre would make, and so I prepared myself for gushing reviews.

Instead, I spoke to a teenager out walking her dog who told me about the apartment building she’d grown up in, demolished to make room for condos she couldn’t imagine living in. She never spoke to her new neighbours. Or, rather, they never spoke to her. The women sitting outside of the new Sobeys agreed, saying many people had been forced out. Revitalization had come at the cost of the sense of comfort they felt in their own community.

Two years later, with Regent Park, wrote Globe columnist Tabatha Southey in March, City Hall was “reminding us we can build great cities rather than enduring bad ones.” She commended the turnaround, not only because she never quite understood the area’s reputation, but also because she felt welcome.

“Of course, Grant Street didn’t die: it just breathed in and out and carried on, yielding to the temporary presence of a new crowd.” The same could be written about any neighbourhood in Toronto trying to escape the grips of condo developers and the young, wealthy professionals waiting to buy them.

Toronto Star columnist Edward Keenan argued the same in his defence of Kensington Market’s corporate takeover in The Grid last year. The neighbourhood, he wrote last February, has changed before and will survive another wave of new faces. Growth is good and revitalization might be in the best interest of some neighbourhoods. But, as “Both Sides of the Street” shows, it’s worth considering what (or who) is lost in the process.

Shannon Clarke is features editor of Shameless magazine in Toronto.