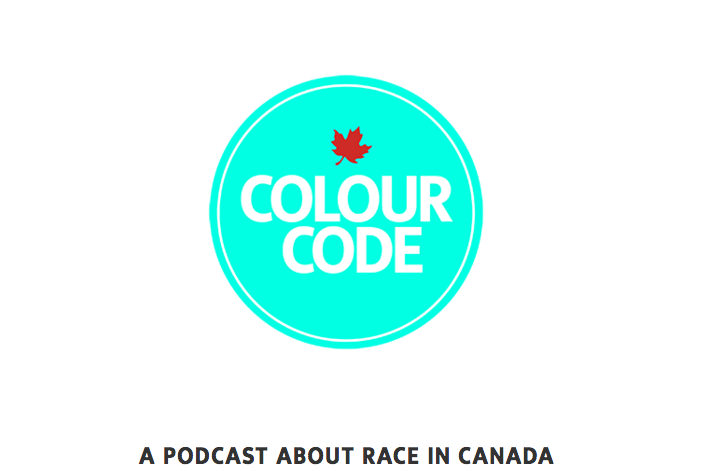 Inside Colour Code, the Globe and Mail’s new podcast

Co-hosted by Denise Balkissoon and Hannah Sung, the new podcast talks about race in Canada.

Denise Balkissoon and Hannah Sung are getting ready to pop the bubbly.

“We’re going to have Prosecco at noon,” Balkissoon told J-Source. They’re celebrating the launch of Colour Code, a Globe and Mail podcast they co-host about about race in Canada—it shot to number seven on iTunes’ Canadian podcast charts when it was announced on Sept. 1. It has since taken the number one spot.

“We hoped that people wanted to talk about race the way we wanted to, but it’s nice to have that actual proof,” she said.

Colour Code evolved last year after a call was put out for special projects in the Globe newsroom. After successfully pitching it, Sung and Balkissoon started work on it in January 2016. The podcast is a new venture for the Globe—the last podcast produced there was over five years ago, according to Balkissoon. This first season will last for eight episodes, she hopes.

The first episode, “Race Card”, which launched on Sept. 6, is all about Indian Status. While that episode is more documentary style, Balkissoon said future episodes will have mixed formats. For instance, an upcoming podcast called “The Most Visible Minority,” includes conversations with Calgary mayor Naheed Nenshi and Toronto International Film Festival artistic director Cameron Bailey.

Though the show was conceived as a magazine-style show, they are also responding to current affairs—for example when a candidate for Conservative leadership suggests screening immigrants for “anti-Canadian values.”

“That’s an on-going conversation, because the landscape is always changing. But we wanted things that would be standalone pieces that you could listen to in six months that would still be interesting,” Balkissoon said. “But then if Kellie Leitch is going to come out with these things, then we do feel we have to respond to those.”

Not everyone wants, or believes, that a conversation about race in Canada is necessary, as evidenced by the feedback Balkissoon and Sung have received, mostly on social media, from people, mostly anonymous, who think that they shouldn’t, “stir the pot in a peaceful, multicultural nation that isn’t the United States.”

“For some people, racism means something very overt,” Balkissoon said. “It’s like me calling you a name and that’s it. Or to other people, including myself, it’s much more subtle and sometimes harder to put your finger on.”

“Only 15 per cent of Canadians believe that ’racial minorities have the exact same work opportunities as all Canadians,’ and sadly, they’re wrong,” she wrote in a Globe and Mail essay coinciding with the launch. “Racialized families are three times as likely to live in poverty than white Canadians, even though 44 per cent of racialized people in Canada have a university degree, compared to 25 per cent of everyone else.” An accompanying poll in the essay found that 69 percent of Canadians believe there is significant of racism in Canada.

Balkissoon hopes listeners take away a greater understanding of race in Canada and will learn “what the landscape is like in Canada and, even if someone happens to know the details of a particular episode, still being touched by the personal stories that we found.”

Ask a Mentor: Let’s be real—should I bail from my journalism gig for greene...

Read More
Ask a Mentor: Let’s be real—should I bail from my journalism gig for greener pastures?