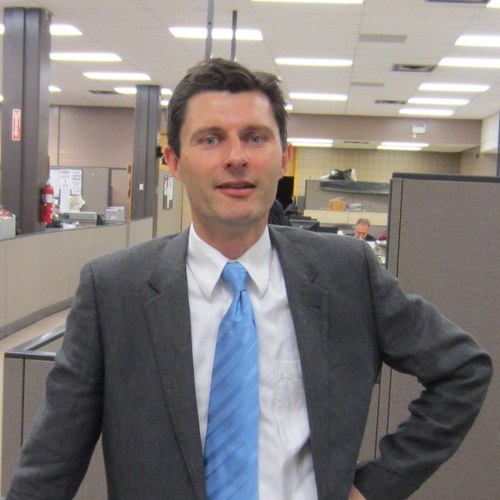 Jason Warick on the ethics of anonymous sources

How the Saskatoon StarPhoenix investigative reporter builds relationships and sets parameters with sources for crime investigations.

Jason Warick has written in-depth investigative pieces for The Saskatoon StarPhoenix for nearly 20 years. Warick attended The University of Regina School of Journalism, interning at The Weyburn Review and working part-time at The Leader-Post while completing his degree. He graduated in 1996 and was hired the same year at The StarPhoenix. He’s freelanced for a number of outlets, but his home base remains in Saskatoon, Saskatchewan.

A recent series about a major drug bust at the Hell’s Angels clubhouse in Saskatoon provided a closer look at a world not many people have insight into. Much of Warick’s success as an investigative reporter is based on his ability to build relationships with people from all walks of life. If that wasn’t enough, he is also a top-level marathon runner, at one time ranked second in Canada.

J-Source: When you were studying at the U of R did you know you wanted to do investigative reporting?

Warick: When I started I thought I was interested in sports but then I quickly gravitated toward news and then eventually the longer stuff. Whether it’s investigative or happy features or whatever, the longer magazine type pieces are more interesting to me generally.

Warick: There’s two ways that these kind of stories start. Well, any story. They either come to you or you go out and get them. This one was a combination. I got the idea when I heard about all the arrests that were made as part of Forseti. At that point not writing about it, more to support the really good work that Charles Hamilton and others were doing on it, starting to find any other details that I could or sources to help them out. Very early on, one of the ones I sought out was Noel Harder, who is the source named in one of my stories. I tried to find him, couldn’t find him, but let it be known to everybody I knew that I was looking for him. He called me back a few days later and left a message when I wasn’t at my phone unfortunately, and I had to wait again. Another week passed and I got his call and we chatted several times.

J-Source: If you did a story with him in 2010, obviously there was a degree of trust there that you’ve built up. What’s the value of building those kinds of relationships and building trust with people as a journalist?

Warick: You can do things as a new journalist, or going in cold to a story where you don’t know anybody or you don’t know the subject matter, but the more you know the better it is. The longer I’ve been able to work here and get to know the sources and the more connections you can make and the more stories you can write to establish a track record or trust, the easier it is. If somebody like him is suddenly a relevant news source, he thinks probably first of the people he’s dealt with. If he’s had bad dealings with them he’s for sure not going to call them. Then a stranger is better in that case. But if you’ve had good or neutral dealings with them, then your chances of getting them to talk to you are improved with that familiarity.

J-Source: Was it difficult to get him to talk to you?

Warick: It took a lot of convincing for him to go forward with his name because of the extremely sensitive information. It was a very careful, deliberate process where we were both very clear about what I was asking of him and what the rules were. I’m not saying I gave him control over anything at all, but I was totally honest at all points about whether I was going to use his name, whether we were speaking on the record or not, etc. I didn’t let him read the story. I didn’t let him take things back after he might have said them on the record. But I was honest.

J-Source: What are the ethics of quoting the anonymous source in the other article, Inside Project Forseti: Outlaws’ Threats Created Saints? What sort of questioning do you go through or you go through with [city editor] David Hutton?

Warick: It’s a team approach with me and the others, for any story. There are a number of considerations. Number one, will you be able to get the information somewhere else where you don’t have to use an anonymous source? It’s always preferable to find the information with a named or a cited source. In a lot of cases you can: you just go somewhere else and find the same type of information. If you can’t do that, you have to evaluate. Do they have a valid reason for asking to be anonymous? Some of them are black-and-white, like a sexual assault victim or a young offender for example. The law is very clear.

Then there are the grey areas where you have to judge whether the person would be harmed by being named, or whether they’re likely to be harmed by being named. Everybody’s got a different line on that, but obviously if they’re likely to suffer physical harm by the publishing of it, then that’s probably a good reason to grant anonymity. It’s a judgement call, essentially.

On the other end you have to consider the magnitude of the information they want to give you. If it’s just some story that isn’t very important to the public and we’re not even going to put it on the front page, then to open someone up to huge consequences when it’s a story that’s not likely to have much impact, then why put somebody’s name out there for something that’s relatively minor?

In this case our conclusion was that number one, I couldn’t get the information from anywhere else. Number two, the person would likely come to harm if they were named in the story. And number three, it was a very big story that had a lot of relevance for the public. So all three of those led us to the conclusion quite clearly this was a case to grant anonymity to somebody.

J-Source: Do you ever worry about your own safety when you do a piece like this?

Warick: Yep. I wouldn’t call it worry, I wasn’t up all night, but I was aware of it and I was taking precautions, for sure.

J-Source: Something I noticed when we worked together at The StarPhoenix was that you weren’t a huge social media guy. You’re not constantly tweeting.

J-Source: No, no, I’m wondering if you think spending more time talking to people instead of updating your Twitter has an impact on your reporting?

Warick: I’m a big believer in human contact to get to the heart of things. I am coming around more and more on the value of all those other things, but not as ends in themselves.

I think too many reporters see social media as an end in itself. Whereas, I like it as the place you go and find the leads, the sources, or put requests or things out that you really need. Occasionally there’s really valuable stuff there, but really when I think of all the biggest stuff that I’ve been able to get, even the documents I’ve been able to get, it’s from an actual person. For this story, who knows? Maybe [the source] got my Facebook or LinkedIn request or message, but I’m guessing it was probably a phone call by somebody I called by phone.

J-Source: As an aside, you’re also a successful long distance runner. Does your running help you with your writing in any way?