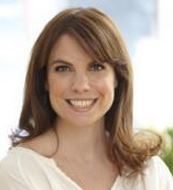 “Chatelaine is a flagship brand at Rogers Media, and Karine has demonstrated she has the leadership, vision, enthusiasm and business savvy to shepherd this growth brand into a bright future,” said Steve Maich, senior vice-president and general manager of publishing at Rogers Media, in a press release. “Karine is one of Canada’s best magazine editors. She has a deep and intuitive sense of what readers want and need, and she has a deep passion for the place Chatelaine holds in the hearts of Canadian women.”

Ewart joined Today’s Parent, another Rogers Media publication, in 2011 as editor-in-chief. She  has also worked as an assistant editor at Harper’s Bazaar in New York.

“I am truly honoured to be selected to lead such an iconic brand, one that resides in the hearts of so many Canadian women,” Ewart said in the press release. “I look forward to building on the momentum Chatelaine is currently experiencing, leading the wonderful team there and nurturing the strong relationship Chatelaine has developed with its audiences.”