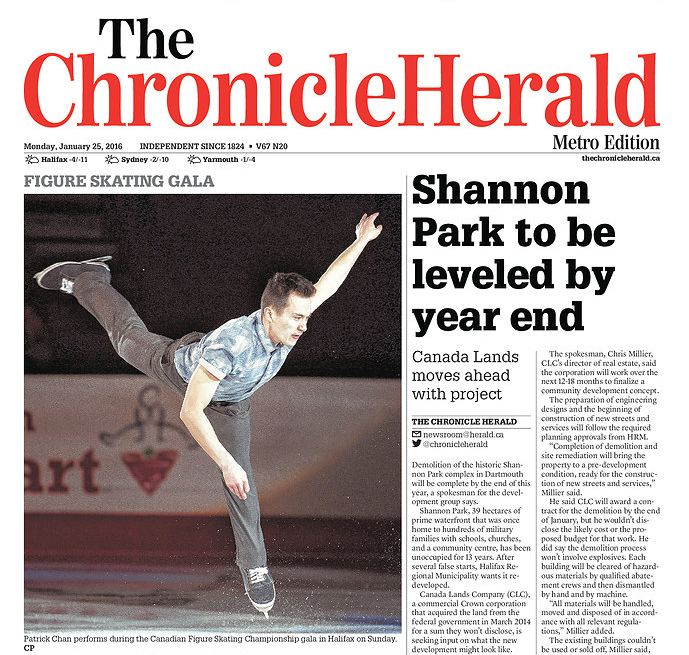 The Halifax Chronicle Herald made headlines last week for contacting freelance journalists to replace the newspaper’s employees during a possible lockout or strike, which could start as early as January 23.

According to a November 2015 email from Herald management shared with CBC News by one of the freelancers, the paper is offering freelancers “full-time contracts of up to four months” in the event of a work stoppage. These scab freelancers would typically work from home, and the paper would publish their work without bylines to protect their anonymity.

These offers were made right before the company walked away from the conciliation process in late December. In addition to monetary issues such as massive cuts to wages and pensions and plans to slash 30 percent of the paper’s 61 newsroom positions, the Herald wants to remove the gender parity clause in its collective agreement. This clause recognizes “equal pay for equal work for male and female employees,” says the Halifax Typographical Union, the CWA Canada local that represents the paper’s employees.

There’s a link between the Herald’s desire to remove gender parity and their plan to temporarily hire freelancers to reduce organizational spending. Freelance writing, after all, has overwhelmingly been underpaid women’s work.

A Writers’ Union of Canada survey revealed that, in 2015, female writers in the country earned 55 percent of the income of their male counterparts across the media sector, even though the majority of writers were female. The income of freelancers has also been steadily dropping.

Freelance writers in Canada earned an average annual salary of $24,035 before taxes in 2005—less than the $26,000 that they earned in 1996 and the $25,000 that they made in 1979, according to a report on freelancing by the Professional Writers Association of Canada (PWAC), the most comprehensive and recent data available. Most of these freelancers were female. According to the same report, in 2005, female freelancers also made an average of $3,000 less than their male colleagues.

Low-paid freelance writing has been a veritable scourge of journalism for female writers in Canada as far back as 1931. In the book Women Who Made the News: Female Journalists in Canada, 1880-1945, Marjory Lang highlighted that 22.6 percent of all female authors, editors, and journalists in the country worked as freelancers in 1931.

Ten years later, the proportion of female writers increased to 24.5 percent. Yet, only half as many freelancers were male in 1931 and 1941—11.2 and 13.8 percent, respectively. Female freelancers were also paid considerably less than regularly employed full-time writers, male and female.

Women writers have directly responded to gender inequality in journalism by forming or joining collective organizations—professional associations and trade unions.

The association disbanded in June 2004 due to a declining membership. “[Women journalists] didn’t want to join a club for women because they felt they were equal to men and didn’t need a club for women,” Kay told the CBC.

The National Union of Journalists (NUJ) in the UK and Ireland has also been a longtime advocate for gender parity. In 1918, women journalists in London won the first equal pay case when newspaper publishers agreed in principle to gender parity.

As gender inequality in journalism persists today, organizations such as the Canadian Media Guild’s Freelance Branch, PWAC, and NUJ have offered support to freelancers. Some have campaigned specifically to improve women freelancers’ pay rates and working conditions. The NUJ, for example, set up an online campaign on its website in 2009 to showcase gender parity successes at journalism companies and to encourage union members to address the issue in their workplaces.

By working for the Herald during a work stoppage, freelancers would support a company that no longer wants to guarantee gender parity for its workers. And if the paper is able to rely on cheaper freelance labour, it may have less incentive to resume negotiations with the union.

Labour relations at the Herald also have implications for journalism in general, especially as the number and proportion of non-permanent and temporary positions—digital, freelance, and intern—are expected to grow steadily.

If they are able to use replacement freelancers, the Herald could ultimately drive down pay rates and sustain lower-paid and disadvantaged employment relationships for women in journalism.

This post originally appared on Story Board, and is republished here with their editor’s permission.

When women journalists turn off their microphones

Read More
When women journalists turn off their microphones 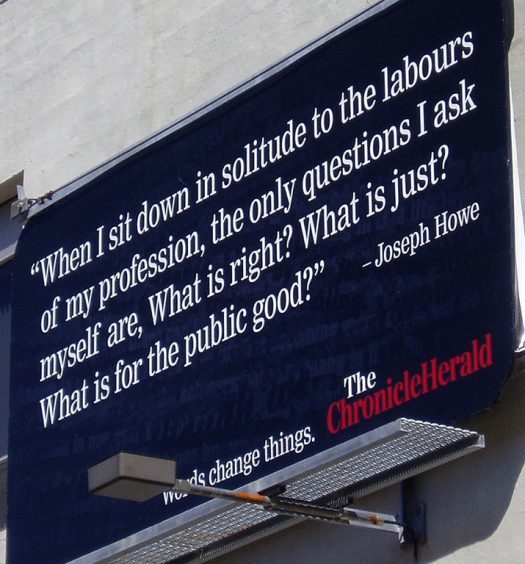