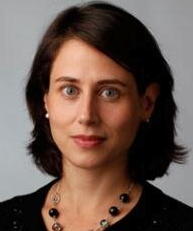 Cherney will join the Wall Street Journal as the Canada bureau chief, based in Toronto.

It is with both sadness and admiration that I announce Elena Cherney has opted to leave the Globe to return to the Wall Street Journal where she will take on an outstanding new global role.

Elena joined us in 2007 for the launch of the Life section, serving as assistant editor before moving to the ROB, first as bureaus editor, then managing editor and from 2009-12, editor of the section. She has served as the Globe's managing editor for the past 18 months, overseeing an extraordinary array of journalism as well as helping manage our transition to a digital subscription model. She has produced a mantle full of award-winning journalism, hired and developed a new generation of stars, and developed a bold range of subscriber-focussed digital journalism.

At the Journal, Elena will take on the new role of global resources editor, running an international team while being able to maintain her home in Toronto. She will also serve as Canada bureau chief.

Her last day at the Globe will be next Friday, and we'll have a proper newsroom send-off for her next week.

Please join me in thanking Elena for her singularly positive leadership style, unwavering integrity and tireless devotion to great journalism. As she has stressed to me, she's not going far, and through our relationship with the Journal, is not really leaving our readers.