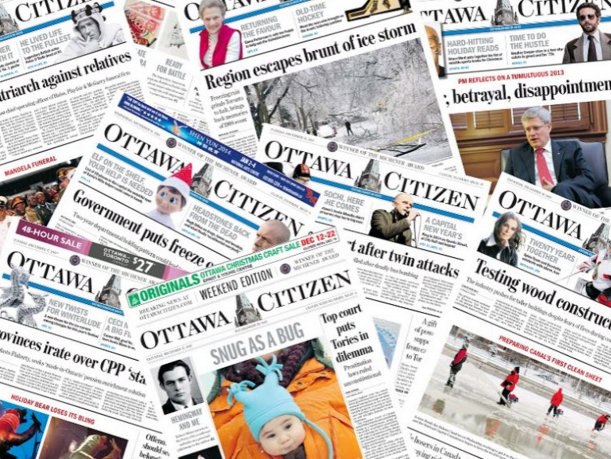 Memo from the Citizen editor Andrew Potter says that both Kate Heartfield and James Gordon are leaving in December.

It gives me great displeasure to announce that both members of our editorial board, Kate Heartfield and James Gordon, have decided to leave the Citizen.

Since she took over as Opinions editor, Kate has brought her sharp intellect and enormous good sense to bear on the issues that matter to the city and the country. She has also cultivated a superior list of columnists and contributors. For his part, James managed to keep his eccentric views on hockey to his Twitter feed, while helping give us the best-written and best-argued editorials in the country.

James's last day will be December 4. Kate leaves us a week later, on December 11. Farewells TBD.