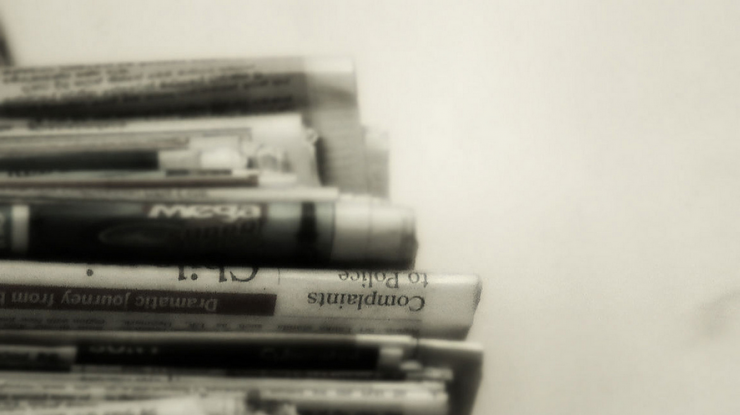 This fall, British Columbia, Ontario and Atlantic Canada’s press councils will amalgamate into a national body.

During his interview for the job of executive director of the Ontario Press Council in mid-2010, Don McCurdy suggested something seemingly counterintuitive: dissolve the then-38-year-old organization in favour of creating a national one, which its provincial counterparts across the country might also join.

“My idea was to move forward under one group, one set of guidelines and expectations and a shared code of ethics and practical policies,” said McCurdy, who had previously spent 35 years at the Waterloo Region Record.

This September, at least part of that idea will be realized. After two years of discussion and planning, three of Canada’s five press councils—B.C., Ontario and Atlantic—will amalgamate into a national organization that will oversee the public arbitration process each council has presided over locally for decades. The change is one that Alberta and Québec, the two councils not going national, believe isn’t in the best interest of smaller or more regionally specific members. It’s also one that the National Council’s proponents believe is necessary in order to survive.

The time around McCurdy’s arrival (he eventually did get the job) was particularly difficult for the OPC. In 2011, Sun Media and 27 of its Ontario titles withdrew its membership from the council, citing the editorial direction of its newspapers as “incompatible with a politically correct mentality that informs OPC thinking.” The Sun departure represented a significant reduction of membership fees and about one-third of the organization’s operating budget.

“We had to cut costs everywhere to make it work,” said McCurdy. The council’s full-time secretary was let go, and council members agreed to relinquish stipends they typically received for attending meetings.

Ontario wasn’t alone in this problem. One year later, the Manitoba Press Council closed its doors when the Winnipeg Free Press, which represented about 80 per cent of the council’s yearly budget, withdrew its membership. Its reasoning: the council had declined significantly in activity and public visibility.

“I saw a number of provincially based press councils all experiencing the same issues in terms of support, financial and otherwise, from newspapers—and lack of support from the public of not quite understanding what they do anymore,” McCurdy said.

It was around this time that Newspapers Canada commissioned a study from Ryerson University journalism professors Ivor Shapiro and Lisa Taylor on the traditional press council model, both in Canada and abroad. Among the options it explored: a national council. Shortly after, Newspapers Canada and the Ontario Press Council began drafting a plan to propose the idea.

“What became clear is B.C., Atlantic Canada and Ontario largely thought this was a serious proposition,” said former United Way Toronto CEO and NDP cabinet minister Frances Lankin, who was tasked with the initial job of getting the national proposal off the ground, shortly after joining the Ontario Press Council as its chair. “It wasn’t universal in all three provinces initially—some councils had concerns for what it meant for regional sensitivities—but they were willing to consider it if they could build a model that made sense to them.”

Over the next two years, the three councils built a transition committee of representatives from different areas of membership, including public editors, publishers and corporate service executives.

“We approached some of the large dailies at this point in time, because as a financial model it required a full buy-in. The Star and the Globe were always there, and the Post came back to the table and decided that they’re very supportive of the idea of a single, national entity,” said Lankin.

The newly conceived national council would include members from each previous council, in addition to a synthesized ethics code that took into account individual council decisions and local media court cases from the past.

“We needed to respect that there were different codes of standards adhered to by region,” said Lankin. “We’ve taken an interim approach to get the new national body forward, and they can determine changes in the future.”

The new council will also have a slightly different membership fee schedule that, Lankin said, is more sensitive to the budgets of smaller newsrooms. “But it’s based on circulation, which is an old modality, and that will not survive in the long run. Over the next year or so we’ll develop a different fee schedule where circulation will not be the test.”

Alberta’s press council, which has operated since 1972, has opted to stay independent of the national council. “Issues from complainants are dealt with on a local (provincial) level rather than being dealt with on a national level, always in a very timely manner. The Alberta Press Council directors and industry members think small is better,” council executive director Colleen Wilson wrote to J-Source, noting the council had voted twice last year, both internally and at a national press council planning committee meeting, to remain local. “There haven’t been any problems in the past and directors and members are very happy with our efficiency.  There is no need to have a national platform dealing with local complaints.”

Quebec, on the other hand, will not join the national council largely due to its different financial structure. Much of the Conseil de Presse du Québec’s funding comes from provincial grants that total about $300,000 a year, in addition to membership fees, making it the most financially stable of Canada’s press councils today. (Manitoba, by comparison, operated on an annual budget of $17,000 a year before closure; Alberta’s 2013 revenue was $28,000.) Other press councils have avoided this approach due to a belief that public funding could, in the future, affect editorial independence, but Conseil de Presse communications director Julien Acosta doesn’t see it that way.

The majority of the Conseil’s government funding comes from an annual $250,000 operating grant; the rest is project-based. “The first is totally unconditional, while the second is awarded after we submit a project we want to be working on. We’ve never experienced any kind of undue interference of any sort,” he wrote to J-Source.

Regional differences, however, also matter in the case of Quebec, Acosta said. “Let’s be clear: no provincial press council actually wanted to be part of a national body–they were forced to. It’s less than ideal to have a national body study complaints filed by a citizen in a small town somewhere in Canada against, say, a small weekly newspaper.”

The hunt is on for the national council’s first executive director, whom Lankin said will supervise two to three staff, and Newspapers Canada will provide space in its Toronto offices.

“I think this is a fantastic opportunity,” said Newspapers Canada CEO John Hinds. “The great thing about it is it allows areas like Saskatchewan and Manitoba to have representation again. It brings that model to the full country.”