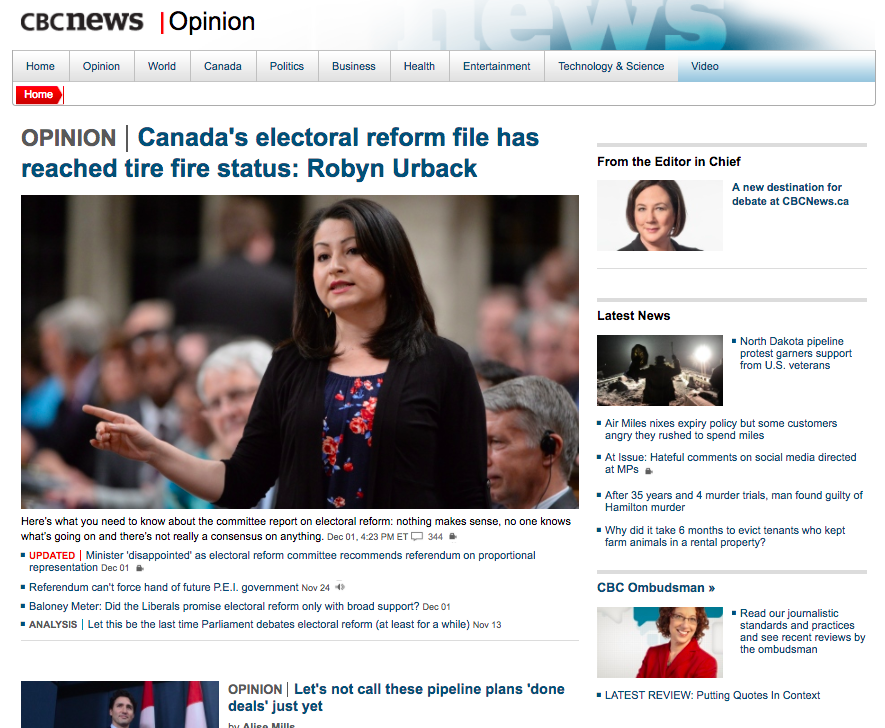 Canadian freelance writers have one more potential way to earn money: by selling their ideas to the new opinion section being featured on CBCNews.ca.

Canadian freelance writers have one more potential way to earn money: by selling their ideas to the new opinion section being featured on CBCNews.ca. The opportunity comes at a time when many other Canadian media companies aren’t paying writers for such columns.

CBCNews.ca launched the opinion section on November 7, with Robyn Urback, formerly of the National Post, as the new producer of CBC opinion and columns.

The CBC pays for any opinion submissions that it publishes, as per the provisions for freelance contributors in the Canadian Media Guild (CMG) collective agreement, said Brodie Fenlon, CBC senior director of digital news, in an email.

According to the CMG collective agreement, freelance writers who deliver text-only contributions—for example, a news article, column, commentary or blog post—are paid on a per-word basis at a minimum rate of 55 cents per word, or on a freelance specific services contract as a senior writer.

“[The opinion section is] a new destination for debate at CBCNews.ca,” said Jennifer McGuire, CBC general manager and editor in chief. “The goal is to give our audience a destination for intelligent, provocative debate and commentary on the issues of the day. To do so, we’ll be calling on a diverse range of contributors – most of them freelancers.”

Fenlon said the CBC also wants to prioritize emerging writers and non-staff contributors. “We intend to privilege diverse, young and new writers whenever possible. We want to help identify and give voice to a new generation of Canadian thought leaders.”

In comparison to the CBC, however, many Canadian news media companies don’t pay writers for opinion or op-ed columns.

Harvey Enchin, Vancouver Sun editorial pages editor and columnist, said that the Sun pays nothing for opinion columns. “Zero, nothing, nada. All opinion pieces, other than those by staff writers, are unpaid,” he said in an email. “It’s no way to make a living.”

Enchin said the Sun doesn’t pay for these columns because Postmedia, the paper’s parent company, is losing money due to a decline in advertising and circulation revenue. The company has therefore reduced freelance budgets and cut staff positions.

Likewise, the Postmedia-owned Edmonton Journal and Edmonton Sun generally don’t pay for op-ed or opinion pieces because they’re not research based.

“If people are submitting opinion, they are primarily just looking to get their thoughts out into the public realm, to spark debate or discussion,” said Lorne Motley, vice president editorial of Postmedia (West Region), in an email. “If it took research, time, etc., absolutely payment would be considered. But usually that would be in the form of a story or analysis, not opinion.”

“We have, on occasion, received an unsolicited ‘column’ that turned out to be more of a feature article, which we’ve paid for and run with artwork. We would pay between $100-$150 for such a piece.”

Although the CBC pays its opinion contributors and considers them freelancers, it has received a wave of criticism in the opinion and comment sections of other news media sites for allegedly stealing business ideas from and imitating its private-sector competitors.

“In fact, the CBC strategy can be easily broken down into a two-part equation. A: See what everybody else is doing.  B: Do the same thing, but ‘free,’” said National Post reporter Tristin Hopper in a commentary,

“CBC has severely slashed its local radio and TV news broadcasts. Against that backdrop, it’s hard to see the new move as a wise use of its finite resources,” said senior Globe and Mail media writer Simon Houpt in an opinion piece.

Houpt also commented that despite the CBC’s goal to privilege new writers and outside contributions, some early contributors to its opinion section included former Globe and Mail journalist Jan Wong and Liberal political strategist Warren Kinsella: “neither of whom, it would appear, lacked access to media platforms before the launch of CBC Opinion,” he said.

On rabble.ca, a progressive news website that doesn’t pay for op-eds, writer Nora Loreto said there’s a lack of political analysis in the news media from new voices, but the CBC’s opinion section is boring and obvious. “Are you fucking kidding me, CBC Opinions?” said Loreto. “It’s unclear why the public broadcaster thinks that this venture makes any sense this late into the blogging game,” she said.

But blogs and opinion columns on CBC aren’t new. When CBCNews.ca launched in 1999, McGuire said it contained opinion columns by Martin O’Malley, Larry Zolf and Judy Rebick (the founding publisher ofrabble.ca). Their columns were featured in a section called “Viewpoint.”

“The recent opposition to our opinion section is puzzling considering we’ve been doing opinion pieces on CBCNews.ca since the late 1990s,” said Fenlon.

“CBC has a mandated obligation to represent diverse viewpoints and perspectives, and we think it’s important to do this on all of our platforms. While we have long featured opinion on our digital properties, we think it’s important to expand it, give it more of a focus and a destination on our website, especially since this is where certain generations of Canadians will only go for our content.” 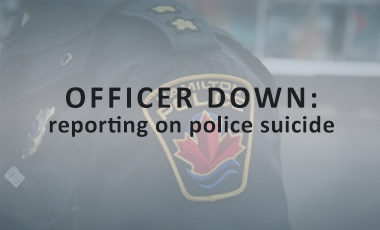 On newsroom sexism and the Canadaland report

Read More
On newsroom sexism and the Canadaland report