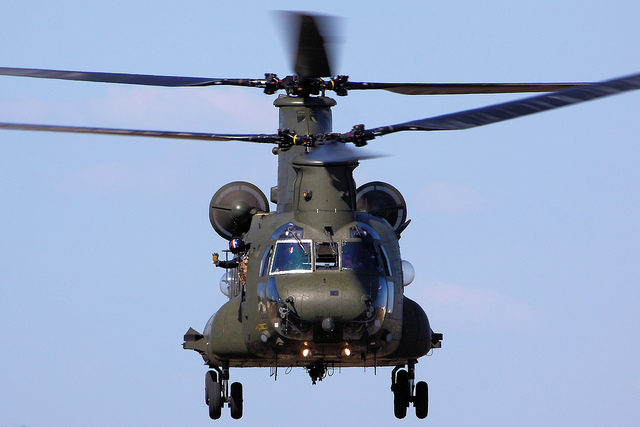 News, lies and videotape: The legitimation crisis in journalism

Recent Canadian journalism scandals aren’t coincidental; they’re the logical outcome of dramatic changes in journalism that have propelled it into a legitimation crisis as it struggles to survive.

Brian Williams lied. He told viewers that a Chinook helicopter he was in was struck by enemy fire in Iraq. It wasn’t. The veteran broadcaster’s transgression has yet to receive the honorary “gate” suffix, but it has sparked an outpouring of commentary ranging from funny to high moral outrage. Why would he do such a thing? Did he mis-remember? The fact is, Williams actually reported the incident accurately in a story that aired 12-years ago. Since then, however, the story has evolved. He told talk-show host David Letterman in 2013:

“We were in some helicopters. What we didn’t know is we were north of the invasion,” he said. “Two of our four helicopters were hit by ground fire, including the one I was in, R.P.G. and AK-47.”

Some Iraq war veterans had finally had enough, and following yet another repeat of Williams’ war story Feb. 4, the magazine Stars and Stripes blew the whistle on Williams, declaring him journalistically offside.

We shouldn’t be surprised. Williams is simply one prominent member of, what New York Times writer Mark Leibovich calls, the “celebrity-industrial complex.” Its sweet spot is Washington, D.C., where Williams spent time reporting for NBC prior to assuming the Big Chair as network anchor in 2004. Washington is a city, says Leibovich, full “of beautifully busy people constantly writing the story of their own lives.” Self-branding and promotion is normal. “Everyone is their own float, their own inflated balloon, some bigger than others, some leading the parade, others trailing.”

Williams was doing what one does in the self-absorbed nexus of celebrity branding and news. Viewed from this vantage point, the Williams lie should not be understood solely as a personal ethical failing. It is that, but it’s also an example of a much deeper legitimation crisis confronting journalism. To complain that Williams crossed a line from detached reporter to self-inflating celebrity, is to be blind to the fact that those lines have long ago been blurred or erased. Indeed, Williams joined a veritable parade of high-profile journalists recently caught in ethically compromised positions.

First, it was revealed that top CBC journalists—including anchor Peter Mansbridge and commentator Rex Murphy—had accepted big speaker fees from business interests they were, or could be, covering. Then, it was reported that CBC TV business heavyweight Amanda Lang had tried to interfere with an investigative story about the Royal Bank’s use of off-shore workers while she was in a personal relationship with a member of the RBC Board. As well, she had conducted what critics viewed as a strangely “soft-ball” interview with the president of the bank without disclosing in any public way that she had received payment (at least in part) from the Royal Bank for several speeches and presentations.

All of this came in the wake of revelations that long-time Global news anchor Leslie Roberts had promoted products and interviewed guests on air—all of whom were serviced by a marketing firm, Buzz PR, in which he was a partner.

Management’s response to these transgressions ranges from almost nothing—in Lang’s case—to a “cease and desist” for Mansbridge (and the rest of CBC’s “personalities”) to suspension for Williams and dismissal for Roberts. The inconsistency surrounding these events is evidence of the shifting ethical ground of journalism. It would appear that no one was sure what to do because no one is certain what the rules are anymore.

This cluster of scandals is not coincidental, and though questions have been raised about personal ethical judgments, they are about much more than that. They are the logical outcome of dramatic changes in journalism that have propelled it into a legitimation crisis as it struggles to survive.

The relationship between the business side and the newsroom has always been fraught. Large scholarly tomes have been written about the influence of ownership and advertising on the news file. But the defense from within the craft has traditionally rested on the claim that professional standards of journalistic conduct worked to mitigate against the profane influences of filthy lucre. Many mistakes were made and journalists didn’t always succeed, but at its best the profession strived to meet the standards the industry had set for itself. That has changed. And a once shameful thought is now advanced in the open. Joseph Ripp, the executive officer at Time Inc., took little time upon his arrival to pronounce the historical division between editorial and sales to be an “expensive anachronism.” Reporters, he suggested, should report to Time’s business side and not senior editors. Even the Grey Lady herself, The New York Times, produced a widely discussed internal “Innovation Report” last year calling for the abandonment of “our current metaphors of choice—’The Wall’ and ‘Church and State.'” The report called for the creation of “promotional teams” in the newsroom and for individual reporters and editors to better self-promote themselves and their work.

Business interests are aggressively asserting themselves over public service obligations of journalism.

This is the context in which Leslie Roberts’ behaviour on air is constitutive of the promotional colonization of journalism. Take the latest pivot in the industry to custom content or sponsored content. Here, major media outlets including the Globe and Mail, the New York Times, and the Condé Nast publishing empire, have agreed to produce editorial content that mimics the look and feel of news stories for paying sponsors. Though they profess that this will be clearly marked and carefully managed, the very purpose of custom content is to deceive the reader, to disguise an advertisement as editorial. Isn’t that pretty much what Roberts was doing when he interviewed clients on his program? Once the fabled “wall” between editorial and advertising is broached—and with custom content it is vaporized—who can clearly arbitrate what is ethical in the newsroom? Or out of it? Promotion rules the roost.

Reporters and on-air journalists are exhorted to tweet, blog and join the “conversation” with the audience, burnishing their social media profile and extending their “brand” beyond the newsroom or the news desk. This continuous self-promotion is encouraged, in some cases, demanded by management. Reporters become “personalities” or what Liebovitch calls “People On TV,” sought after as paid emcees, hosts, keynote speakers, professional cruise ship guests and much more.  Self-promotion is supported until someone notices that the journalists have now become paid performers for the very people and institutions they are meant to cover. Then, the confused scrambling to reprimand and penalize begins, but who can remember what crossing the line means or even where the line is anymore?

Peter Oborne, a columnist with Britain’s Telegraph, recently drew his line. In a blistering February 17 indictment in Open Democracy of the paper’s handling of the scandal surrounding banking giant HSBC, Oborne details the corruption of the paper’s coverage by advertising concerns. He documents the problems and complains. Nothing happens. In the end, he resigns, saying the paper has betrayed its readers who, “…buy the newspaper because they feel that they can trust it. If advertising priorities are allowed to determine editorial judgments, how can readers continue to feel this trust? The Telegraph’s recent coverage of HSBC amounts to a form of fraud on its readers.”

What these incidents reveal is a core contradiction at the heart of journalism. The public interest is giving way to the advancement of private interests—now extended beyond owners and advertisers to include entrepreneurial reporters. And yet, the need to appear to serve the public interest remains. As journalism scholar James Carey wrote: “the “public” is the god term of journalism, the final term, the term without which nothing counts.” He was right. Residual standards of professional conduct are being challenged and fought over. Moral entrepreneurs, celebrating the possibilities of new media, castigate those who would wish to hold to the ways of “old media.” Ironically, the modern standards of professional journalism were established historically as newspapers moved away from the Partisan Press era to the mass production, advertising supported model of the 20th Century. These standards were always imperfect and ideologically freighted. But as NBC News, and other news organizations have discovered, erasing them is to play with fire.

Paul Benedetti is a full-time faculty member in the Masters of Arts in Journalism Program at the University of Western Ontario.  He is the former Deputy Editor of J-Source.ca. In 2010, he won a National Newspaper Award for Short Feature. He continues as J-Source Editor-at-Large and writes for various publications.

James R. Compton is an associate professor in the faculty of information and media Studies at the University of Western Ontario. He is a former reporter/editor with the Canadian Press/Broadcast News wire service and member of the Digital Labour Group at Western, where he is the principal investigator of a SSHRC-funded study called The Future of Organized Labour in the Digital Media Workplace.

This article originally appeared on Rabble.ca.