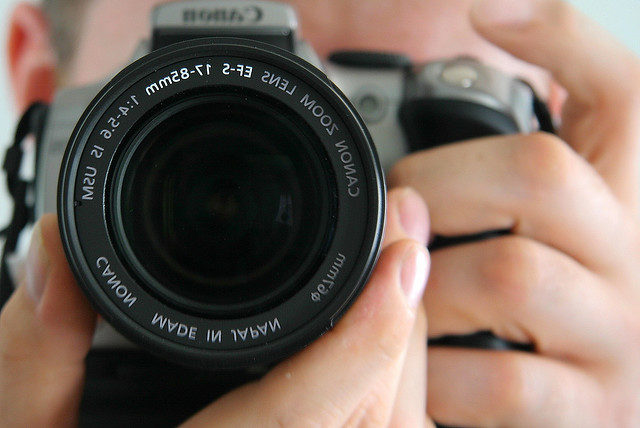 When John Lehmann, president of the News Photographers Association of Canada, heard that a Victoria newspaper was advertising for volunteer photographers, he found the news jaw-dropping.

Stories about the devaluing of photojournalism are all too common these days, but it’s still shocking when things hit a new low. When John Lehmann, president of the News Photographers Association of Canada, heard that a newspaper in Victoria was advertising for volunteer photographers to cover weekend events, he found the news jaw-dropping. Even more so, he says, when he learned that the Black Press-owned Victoria News had recently laid off its staff photographer.

The Black Press-owned publication posted their advertisement on Feb. 3, and it soon attracted the attention of other media outlets. Vancouver CBC Radio host Stephen Quinn tweeted about it and CKNW reported on it the next day. The Victoria News took the ad down soon after CKNW contacted them for comment (here’s a cached version).

Lehmann says that using unpaid photographers has serious implications for media outlets. First of all, he says, there are ethical considerations. Trained photojournalists learn about journalistic ethics both in school and during job training.

“You have to be honest in your storytelling, that’s really one of the basic foundations of journalism. So if we’re going out into the workforce to look for volunteers, we don’t know: what is their credibility? Where have they come from? What’s their instructional background? Who are they working for?”

Quality, says Lehmann, is another reason media outlets should be hiring professionals for their photography. The NPPA recently did a study that demonstrated that photographs taken by professionals are more likely to be appreciated and shared by readers. But it’s not just readers who are affected by a publication’s quality.

“Not only the readers, but we also forget about the advertisers. The advertisers are expecting a decent-quality product as well, or why would they advertise in it?” says Lehmann.

He emphasizes that he has nothing against volunteering.

“I think volunteering is a very important part of our society. There’s all kinds of hospitals or NGOs or student organizations that I’m sure would love your time and some quality photography for their non-profit,” he says.

For-profit businesses, he says, should be paying for their photography.

“We can’t forget that this paper is a for-profit newspaper owned by a very wealthy Canadian. I think people should be paid for their work. If somebody’s making a profit, it’s ludicrous that you shouldn’t be paid,” he says.

Lehmann urges young photographers to consider the real costs of their work and what it’s worth.

“I think not enough young people, when they’re just starting out, realize quite what they’re giving up. They don’t understand the investment they’re putting in and what they’re getting in return. So if they’re starting out as a freelance photojournalist or a photographer and they’re slapping down $20,000 to get kitted up to go out, should they really be accepting an assignment for $80?”

And Lehmann points out that accepting that $80 job isn’t likely to work in a photographer’s favour in the future, either.

“If you only charge that client $80, next time it comes around you can’t suddenly charge them $500. You couldn’t even double it. They’re going to expect $80 again or else they’re going to move on to the next photographer,” he says.

As more photographers lose staff positions and move into freelancing, Lehmann says he would like to see guidelines laid out for photography work and “an industry standard about what should be considered a legitimate living wage for photojournalism.”

“Photographers often solely associate the costs of the job with the camera they’ve bought. Well they have to go somewhere to process that image. You need a computer to do it on. Really take into account what your costs are for insurance, for gas, mileage, parking, for that computer at home. Plus the cost of your education,” he says.

Over the last 15 years, Lehmann says, photography rates have either stayed the same or gone down. Meanwhile, equipment and other costs have increased. Moreover, as rates have dropped the practical value of photography has increased immensely.

”Now, more so than ever, there’s a greater visual presence in the world than there was, probably, 10 years ago. As much as the internet has probably destroyed our industry, it’s also made it a greatly visual-rich environment and there’s a greater need for photojournalism to tell stories that are not just centred around words,” he says.

“I think the smart thing to do now whether you’re a writer or a photographer…I think you need to have as many skills as possible. You want to learn some multimedia, you want to have some good writing under your belt, and you want to be a good photographer. And I think if you have all three of those skills you will progress and do quite well in this industry. I think the specialized position of just writing or just taking pictures is slowly dying off.”

This story originally appeared on StoryBoard.ca.