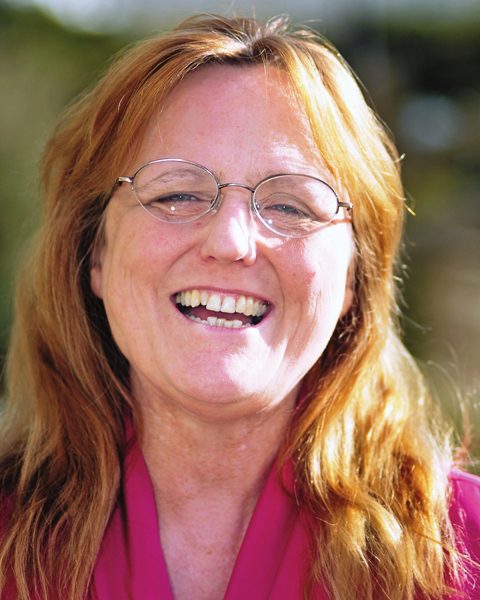 Frustrated with the prevailing opinion of community newspapers—that they don’t necessarily report on hard news, rely on fluff and are a mediocre place to work—Kamloops This Week journalist Dale Bass argues that these newspapers aren't getting their fair due. And if you don’t believe her, listen to well-known American entrepreneur Warren Buffett, who says they are a sound business investment.

In recent weeks, I’ve listened to an editor at a daily newspaper talk about how the industry is not thriving and that journalism students might have to start out their careers in small locales working for community newspapers.

If they’re lucky, this editor continued, they might get to work at a small daily at some point in their careers.

Another journalist declared community reporters to be the kind of journalist who doesn’t go to the front of the scrum, doesn’t try for the hard-news angle but hangs out at the back and waits for the kinder, more people-friendly aspect of the news to appear.

Then there was the journalist who quite simply pronounced community news reporters don’t tackle the same kinds of stories reporters in dailies do on a regular basis. We write only “happy news.” I’ve also listened as a reporter at a major Canadian outlet described the community newspaper where I work, Kamloops This Week, as nothing more than a wrap of fill around all the flyers.

That is complete nonsense.

These statements perpetuate a stereotype the statistics belie and belittle the journalists who work in small communities for papers that come out once, twice or three times a week.

Perhaps a more appropriate way to view the community-newspaper sector is as a business model that works better than those guiding many large, paid dailies. It may, in fact, become the only model that preserves printed news.

For the most part, we’re free. Of the 19.7 million copies of our papers the Canadian Community Newspapers Association (CCNA) says we publish every week, more than 18 million are free, many in areas with few, if any competitors. And it recognizes a fact paid media is grappling with now: people don’t want to pay for their news. It’s why the Internet has become such a competitive force in our industry.

U.S. media analyst John Morton wrote in the American Journalism Review the small-newspaper model can be of greater financial value because the “overriding consideration in determining the value of any newspaper is its level of competition.”

“A newspaper that has no significant competition in a weak market likely will be more valuable than a newspaper in a growing market with lots of competition. A newspaper in a small- to medium-sized market tends to be worth more on a relative basis than a big-city paper. Big cities tend to have more media outlets competing for advertising, and big-city newspapers are more likely to have onerous union contracts.”

Local is our bread and butter, the reason we exist—but it’s not all fluff and syrup.

Look at the winning news stories in this year’s CCNA competition. In the less-than-4,000 circulation category, the top story was on an accident that killed a Grade 6 student, something the judge described as “phenomenally written and heart-wrenching.” In the less than 4,000- to 12,499-circulation category, first place went to “a forceful piece about a father who had just lost his five-year-old daughter in a freak accident,” the judge said, commending the reporter “for her bravery in contacting the family and then writing such a clear and succinct piece under a tight deadline.”

The winner of the 12,500-and-greater category wrote a story on a hostage-taking that led to a house explosion and left one dead. The judge praised the reporter’s “coverage of the sequence of events with very good background information. The details provided clear description and answered any questions that readers may have had.”

No fluff in any of them. Each of them was a story even the most hardened reporter at the country’s largest media outlets would want to read.

St. Paul Journal (Alberta) reporter Janani Whitfield, who covered the student’s death, wrote about her coverage later, noting that “when tragedy strikes, we grieve as members of a small community but, at the same time, we have to do our jobs respectfully while trying to keep pace with a much more aggressive daily news industry. Reporters from outside the community cold-call the family or other community members in pursuit of the story, and while we too must report what happens, we live and work here even after this becomes an old headline.”

I’ve worked in both media models, more than 25 years at the London Free Press and, now, for 13 years with a community newspaper that was once part of David Black’s chain and is now part of Aberdeen Publishing. You’ve probably not heard of that owner, a former editorial type who still believes in the power of print, the need to service smaller communities and the economies of scale one can derive from that business model.

But you’ve heard of another businessman who also believes in newspapers—Warren Buffett, who has spent the past few years buying smaller newspapers, arguing that, at the right price, they’re a sound investment.

With a portfolio of more than two-dozen papers in small and mid-sized communities, Buffett, recognized as one of the savviest businessmen in the world today, has told American reporters he’s not interested in the big papers up for sale.

The successful ones, he has said, will be in small locations with a population that wants local news—which is pretty much what we in community newspapers are doing at the front of the scrum, in the politician’s face, from the courthouse or reading the documents we FOI-ed while at our kids’ soccer games.

Dale Bass started her career in journalism in 1973 at the London Free Press and spent more than 25 years there before moving to B.C. and, realizing the only thing she wanted to do was journalism, decided to forego a stay-at-home lifestyle and take a job at a community newspaper—where she covers several beats, writes a weekly column and has fun at work every single day.