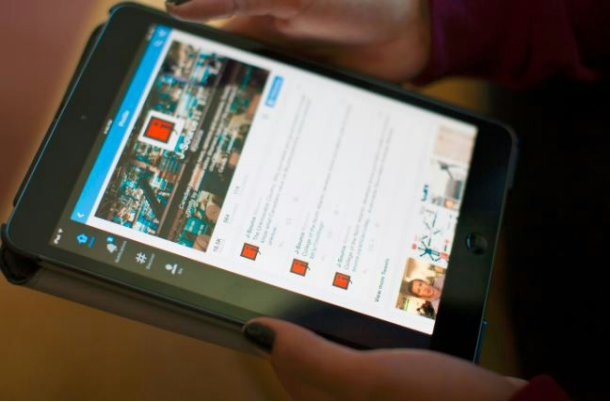 In the first case of its kind, the Quebec Press Council is investigating a complaint against two La Presse columnists for blocking a reader on Twitter.

In the first case of its kind, the Quebec Press Council is investigating a complaint against two La Presse columnists for blocking a reader on Twitter.

Last December, a reader named Luc Archambault filed a complaint with the council over an online argument that resulted in columnists Patrick Lagacé and Marc Cassivi blocking him on the social media platform.

“It escalated pretty quickly,” said Julien Acosta, communications director for the Quebec Press Council. “It was a very long conversation that started from a comment on xenophobia and ethnic cleansing.”

A member of the public may file a complaint with the Quebec Press Council within six months of the publication of the offending item, after having contacted the reporter and publication first. After a 15-business-day period for the organization to respond, the claimant can respond again, within another 15 business days, after which the case is considered by an ethics committee. In this case, Archambault sent the complaint to Lagacé, Cassivi and La Presse itself.

“La Presse responded that the Twitter content of those two journalists is not their responsibility,” said Acosta, since both also work for other outlets. “So we had an interesting conversation about that. It was decided La Presse couldn’t be held accountable.”

Lagacé doesn’t recall the specific conversation that led to Archambault’s complaint. “I block people every day,” he said. According to Cassivi, it began with tweets from both columnists disagreeing with views expressed on a local radio show about closing borders to immigration in Quebec.

“I don’t mind debating people,” said Cassivi. “But when they start getting insulting, I’ll block them.”

“Of all the ethical, practical dilemmas the profession is facing, I think looking at a reporter blocking someone is a ludicrous area to investigate,” said Lagacé. In a recent La Presse column Lagacé wrote about the issue of blocking people on Twitter, he noted that the council’s consideration of the complaint meant it was being treated with the same regard as if he had been accused of plagiarism.

Canada’s four other press councils—Atlantic, Ontario, Alberta and British Columbia—all confirmed to J-Source they had never received or considered a complaint about a journalist’s activity on Twitter, let alone about a journalist blocking someone.

“The way we handle anything done is if a journalist is working with a member news organization and files anything, either by a blog the paper carries, or something a journalist tweets or writes, then it’s subject to complaint,” said Ontario Press Council executive director Don McCurdy.

At the Atlantic Press Council, social media doesn’t fall into the purview of complaints. “Currently, we do not look at electronic complaints from member newspapers unless it is their online edition,” wrote executive secretary Ken Sims.

The Quebec council has received complaints about journalist activity on Twitter before, and adjudicated on two: once in 2012 and once in 2013, both regarding comments a journalist or columnist tweeted. This is the first time it has considered a case about a journalist blocking other Twitter users. This, said Acosta, is in part why the council decided to consider the complaint. The committee—comprised of four public citizens, two journalists and two representing members of news outlets—will have six months to file and publicize a decision about the case. “The secretariat always has the opportunity to accept or reject files,” he said. “Which is why we decided to look at this, because we have no case law on this sort of issue.”

“We have a principle that says the media cannot refuse to publish a contribution from the public if it’s based solely on ideological reasons,” said Acosta.

Conversely, on a platform such as Twitter, blocking users is the only way to moderate comments (at least, as much as it’s possible to do so on Twitter) and for the council comment moderation is a right for all media.

“I think we have to take some time just to define what are the limits and how our principles are to be applied to this relatively new social media. And we’re going to take our time to do it. I think it would be weird if we didn’t,” said Acosta. “We don’t know how the complaint committee will decide, but if it decides that it’s absolutely not a journalistic or ethical fault, in the future we’ll probably reject those complaints. But before there is a clear decision by the committee, we simply can’t do that.”

For his part, Lagacé doesn’t see his Twitter activity as beholden to the same press council rules that apply to editorial or comment moderation, since he considers his use of Twitter as a both personal and professional endeavour. “You can pretty much tell when I’m using Twitter as a journalist or not,” he said.

Both Lagacé and Cassivi noted that the ongoing case won’t change how they use the platform. “I will keep on blocking,” said Lagacé. “I find that the more you block, the more interesting the experience becomes. The fewer trolls you have to deal with.”