Report recommends creation of a fund to support journalism organizations via change in tax laws.

After a 2016 that most Canadian journalists would characterize as really bad, 2017 is starting on a slightly more positive note, with what could be a plan for the future for our sagging legacy newsmedia industry.

On Jan. 26, the Public Policy Forum released Shattered Mirror, a report on news and democracy in the digital age commissioned by the federal government. The report outlines in detail what ails media, and what they have concluded might be done about it, all the result of six roundtables across Canada, a symposium on digital news, research, an online survey and a number of focus groups.

“I think people are looking for something that contains some solutions,” said Ed Greenspon, the CEO of the Public Policy Forum, in an interview with J-Source.

A new tax would target media companies not engaged in newsgathering

One of the big recommendations out of the report is an overhaul of section 19 and 19.1 of the Income Tax Act, which currently blocks tax deductions for ads directed at Canadians taken out in foreign-based media. The proposed overhaul would redefine the law, and hit media companies that don’t pay taxes in Canada and aren’t minimally engaged with journalism with a 10 percent levy. In short, it’s a change that would directly impact Google and Facebook, which currently get the lion’s share of all internet advertising revenue in Canada.

The idea, according to Greenspon, is to create a system that is “fair to those who invest in journalism in Canada and creates a stream of revenue to help build up the system.”

Google is, unsurprisingly, not a fan of this idea.

The 10 percent levy would be funnelled into a Future of Journalism & Democracy Fund. The report suggests a startup investment of $100 million to get it started, but that the levy could eventually raise the funds to $300 to $400 million.

Greenspon was clear that this would not be administered by the government, but rather by an independent agency. “We would set up a board and a management for the fund, that would be like any of the granting councils in some ways,” he explained. “But it would be even more arm’s length than they tend to be.” The government would not be involved in picking the management or board members.

However, several journalists and commentators have already voiced their opposition to any kind of government financial support.

The suggested changes came about in large part because the research the Forum suggested Canadians do have a lot of respect for the role journalism plays in our democracy, but were hesitant about any government interference. “Most of the solutions that are out there are direct transfers of money or semi-direct transfers of money that have to be renewed in some way on an ongoing basis,” Greenspon said.

This would certainly allay the concerns of newspaper publishers who resent having to compete with a publicly funded media outlet.

Not an existential risk—media concentration

Greenspon said that they don’t feel that concentration of media ownership is “the existential risk to media as it was for a number of years.” This, despite research that shows that it is high in Canada, particularly in the telecom, internet and media industries.

“We think that the problem today is that there is weakness in traditional media; there is a difficulty of new digital media to scale; there is fragmentation of markets; there’s a consolidation of revenues by the two large platform companies; there is fake news coursing through the system,” he said. “All of those are the problems that we have today.”

Several recommendations are aimed at supporting local and startup journalism. The Canadian Press is singled out to “a professional, open-source news service to supplement waning local and regional coverage of civic-function news with trustworthy news from an organization with high journalistic standards.” The report also calls for reforms to Canada’s charitable giving laws, which some say have stood in the way of this country having philanthropic giving to journalism that is the norm in the United States. Of course, they also have a few more billionaires than we do.

There is urgent need for this support because so many journalists have lost their jobs, according to Greenspon. As part of their research, the Forum asked Canada’s media unions to compile numbers on their bargaining units. “From that we can kind of extrapolate that ⅓ of journalists jobs have been lost since 2010,” said Greenspon—so there is great need for new digital media ventures that can hire people.

People like journalism, but don’t want to pay for it

To quote, from the report: “A participant in one of our focus groups said it’s do or die, telling publishers that, if Google and Facebook are eating their lunch, “it is your responsibility to figure out how to get people to come in your front door. Car dealers, taxis — if they can’t figure it out, then they go away.” We guess that makes Google and Facebook Uber in this scenario—which doesn’t bode well for journalists.

People surveyed by the Public Policy Forum also weren’t keen necessarily on the idea of government subsidies for the media industry, though a few did note that the government does support other creative industries.

Heritage Minister Melanie Joly told the Financial Post that it is “too early to speculate on possible policy outcomes” from the report.

“We see this as the beginning of stepping up the dialogue and having a real discussion,” said Greenspon. 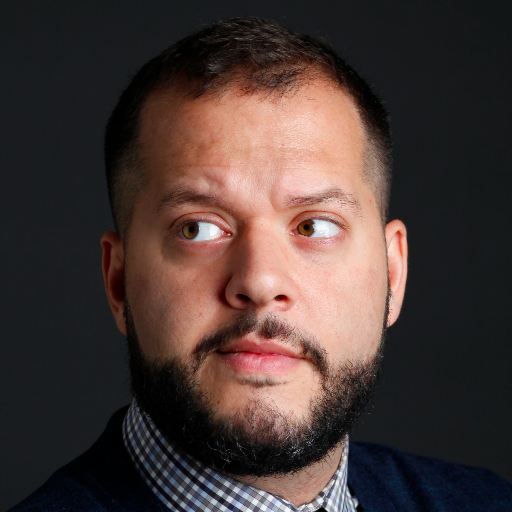 The news, Jian and me: a conversation with Jesse Brown

Read More
The news, Jian and me: a conversation with Jesse Brown
8 years ago
NewsPeople