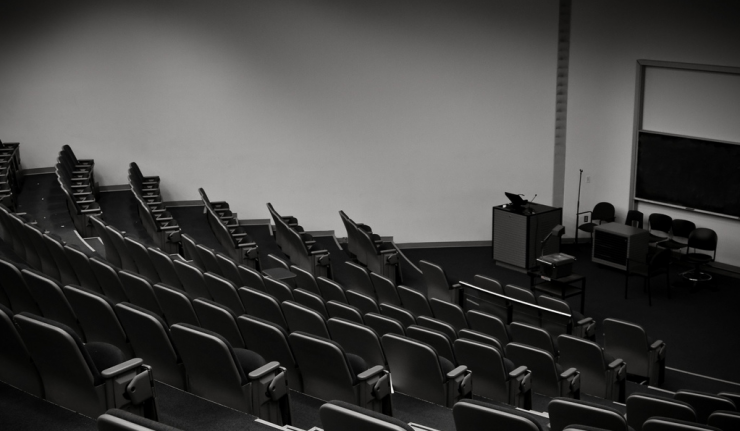 Some advice for parents of a j-school student

There’s a question we hear from parents and their teens considering enrolling in our program that reflects a broader perception in society: “Isn’t journalism dying?”

There’s a frequent question we hear from parents and their offspring considering enrolling in our program that likely reflects a broader perception in society: “Isn’t journalism dying?”

It’s understandable. Nobody wants to send their kid into a field of study that had its better days in a bygone era.

But that perception fails to reflect that, far short of gasping on life support, the process of journalism is thriving—has thrived—in the wake of massive disruption to the traditional platforms that carry the stuff journalists create. Once they understand that journalism is not a static artifact in itself, they understand and can see the broader opportunities beyond the moment, and the product.

Still, it’s a tough bout to fight. After all, the news industry itself chronicled its own decline. Classroom guest journalists, the grim truth hitting close to their own desks and colleagues, began to tell our students to “run away and save yourselves while you still can,” with tongue not quite firmly in cheek

I’d wince at that, because they often wouldn’t offer the qualifier: that this remains an extremely fulfilling career, and that disruption followed an unprecedented 30-year period of massive growth and bloated profits. And further, even with the declines, the media industry remains profitable—though not in the strata it once was.

Of course, as it is in politics, the truth is often a matter of perspective. Anyone laid off or fired will of course have a caustic impression of what they've just left. So will the people who remained behind to watch them go.

And I realize there are those who lament the disappearance of the old ways, where a reporter could waste a day holding forth in a bar somewhere in the name of working the street, spending two hours a morning flipping through newspapers, or refusing to attend "bullshit assignments" because they don’t happen to fit their own personal definition of journalism.

Thankfully, there is no longer room for that, or the pouting, cynical pessimist because the luxury of being able to exercise those characteristics has been spent.

I see excellent journalism being practised today at all levels in Canada, with more precision and transparency than when I first began in 1978. The only problem is that there isn’t enough of it, because of news staff cuts.

Part of this comes from better training, the use of new tools enabled by technologies, and yes, I’d argue, better attitudes. We’re graduating largely optimistic people today, resulting from an array of factors that come more from within, than without. But that’s for another column.

So it’s time for the cynics—and the parents—to take it down a notch, and understand there are non-legacy jobs being created that weren’t there just a year or two ago, from Vice Canada to the Buzzfeeds to the free daily Metros, not to mention all of the tablet-based and other digital projects the legacy media is working hard on to unveil.

There will be more to come and any digital play that wants to offer original news and feature content, will need people with the skills journalists possess.

Joe Banks is the co-ordinator of and professor in the Algonquin College Journalism program, in Ottawa, and has been a working journalist, editor and publisher for 36 years. He writes the Media Musings column for J-Source.