Spring is here, and so are Canada’s journalism conferences.  Here is a roundup of some of the more promising conferences for journalism researchers.

Spring is here, and so are Canada’s journalism conferences.  Here is a roundup of some of the more promising conferences for journalism researchers:

In Montreal, the Journalism Strategies conference takes place on April 19-21 in venues at both McGill and Concordia Universities.  As organizer Christine Crowther notes in an article for J-Source, the conference will serve as a meeting place for academics, working journalists, policy-makers, grassroots activists, and other Canadians interested in the fate of journalism in this country — a topic that seems particular urgent in the present moment. Parts of the conference are registration-only, but there are free public events on Thursday evening at Concordia and Friday at McGill, and key events will be live-streamed on the conference’s website.

The following week, (April 27-29) the Canadian Association of Journalists 2012 conference takes place in Toronto. Though largely a professional conference, the CAJ includes presentations from a number of journalism educators and research scholars, including Alfred Hermida from the University of British Columbia and Tony Burman, former head of Al Jazeera English and now Velma Rogers Graham Research Chair at Ryerson.  Talks by Canadian journalism innovators such as OpenFile founding editor Wilf Dinnick and Kenny Yum, editor at Huffington Post Canada.  This conference is registration-only, but there are several co-sponsored events with Newspapers Canada.

At the University of Alberta, the “Media In Minority Contexts” conference takes place from 10-12 May.  Scholars from countries including France, South Africa and Norway join Canadian scholars interested in topics such as language policy, mass media and identity production, and Francophone media considered as minority-language media.  The keynote speaker is Fackson Banda, head of the Unesco Division for communication and information.

On May 17-19, the Seventh International Conference for Literary Journalism Studies takes place at Ryerson in Toronto.  Scholars from countries including the U.S., Britain, Canada and Australia will discuss topics ranging from memoir, the legacy of ethnic writing in literary journalism, regional genre variation, and the journalism of the New Yorker. Keynote speaker Nancy Roberts (SUNY-Albany) will discuss searching for the historical roots of literary journalism.

Finally, on May 30-June 1, the Canadian Communications Association holds its annual meeting at the Canadian Federation for the Humanities and Social Sciences (CFHSS) 2012 Congress.  As it has for the past several years, the CCA conference includes a track specifically devoted to journalism research.  This year, presenters include Ivor Shapiro (Ryerson) discussing studying journalism ethics in the classroom, Fred Vallance-Jones (University of King’s College) on the failure of Freedom of Information legislation, Thomas Rose (Wilfrid Laurier) on human rights journalism, and Sean Phelan (Massey University) on neoliberalism and the journalistic habitus. 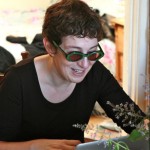