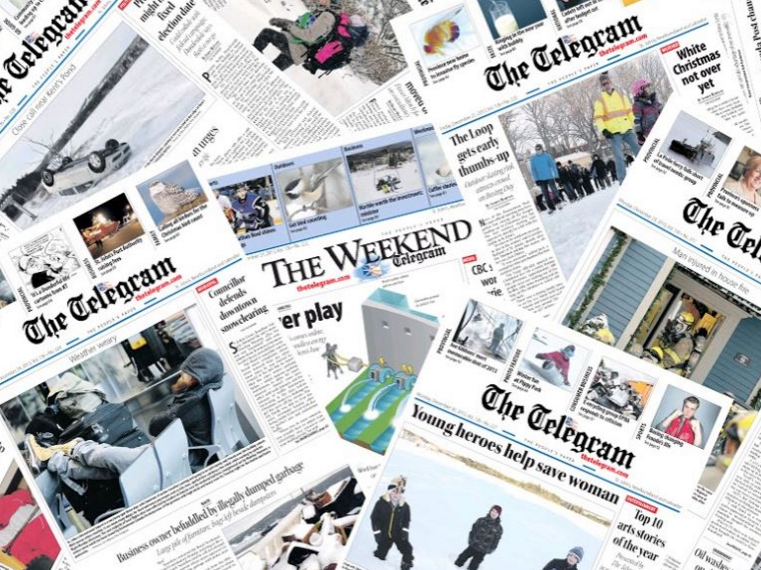 Managing Editor Steve Bartlett used the headline “This is not OK!” for his response to an uproar over the last several days.

The St. John’s Telegram — which calls itself the People’s Paper — used its front page Friday to blast what it says is “a huge lack of respect” for female journalists and women in general.

Managing Editor Steve Bartlett used the headline “This is not OK!” for his response to an uproar over the last several days.

Bartlett said he was enraged by online attacks aimed at reporter Tara Bradbury. She was bombarded with nasty comments after writing an article about FemFest, a local feminist conference on domestic violence and other issues.

“People are entitled to their opinion but I don’t think it needed to go to the level that it went,” Bartlett said in an interview. “That was what really upset me.”

A column Bradbury wrote about the subsequent abuse — and the national media attention that followed — made the backlash worse, he added.

Bartlett quoted some of the remarks by commenters, whom he described as “anonymous trolls and online arseholes.”

Another: “We should never have given them the vote or personhood in the first place.”

“We wanted to show that as a newspaper, as a group of journalists, we totally are against this type of commentary and we don’t think it’s okay,” Bartlett said.

Some callers have encouraged him to pursue a follow-up story: Why are some men set off by even the mention of feminism?

“Some people seem to just not want to entertain any discussion about this,” Bartlett said. “I guess that’s the shocking part, is how close-minded some people truly are.”

Despite some “incredible support” for Bradbury from many men, Bartlett said the tone of a very vocal minority displays an ugliness that men and women must fight together.

“It’s time to move past this.”

Postmedia and union talks break down over contracting out printing of Vanco...