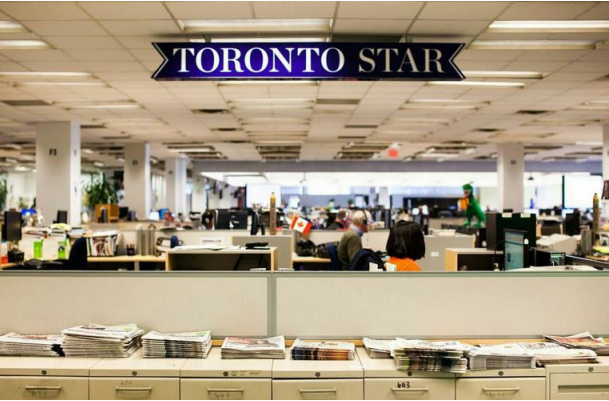 What happened at the climate change protest point to a journalistic failure regarding accuracy and fairness.

It is an understatement to say there are ideological differences between Toronto Star columnist Catherine Porter and conservative commentator Ezra Levant.

Porter, a National Newspaper Award-winning journalist, is a “social justice activist/columnist” for the Star. Levant, a well-known—and certainly controversial—former host with the now-defunct Sun News Network, describes himself as a “lawyer, author and all-round trouble-maker” who is now “rebel commander” of therebel.media, his start-up “news, opinion and activism” website.

Given the vast chasm in perspectives between these two, it is not hard to imagine that sparks might fly should this columnist and that commentator engage in debate at a climate change protest.

Indeed, as Porter’s July 7 column, headlined, “My daughter’s run-in with a right-wing bully” and Levant’s subsequent letter to the editor rebutting her column, titled “Ezra Levant begs to differ,” make clear, things did not go at all well when the two met at the recent “Jobs, Justice and Climate” protest march outside Queen’s Park.

That too is an understatement. Porter’s column and Levant’s letter provide two opposing narratives on what happened between the pair when Porter took her nine-year-old daughter, Lyla, to her first protest.

That’s not particularly surprising: ask a half dozen people to describe what they believe happened at a traffic accident in which they were involved or witnessed and you’re likely to receive as many different narratives with each storyteller fixed on contradictory details and omitting or confusing relevant information. Discerning the “truth” in such situations is never easy.

In the case of this run-in, however, there is video evidence that tells its own truth, at least when the camera was turned on. As we’ve seen in widely circulated videos that have captured wayward police in action, video can provide powerful evidence of what happened when trying to sort out conflicting narratives. But, it doesn’t always tell the entire story, and as you will see, what is not captured on camera remains a significant issue of serious journalistic concern.

But, what is not in question here is that Porter’s column fell short of the Star’s journalistic standards regarding accuracy and fairness. It misled readers in omitting key facts captured on the video, portraying Levant as having been mean to her daughter when the video evidence makes clear that was just not so. This controversy also raises significant questions about Star standards regarding the need for journalists to clearly identify themselves to those they write about and newsroom policies regarding columnists, advocacy and journalists involving their children in their work.

Porter acknowledges she fell short here: “I made some mistakes,” she told me.

Editor Michael Cooke concurs: “Catherine Porter especially regrets these failings, and I apologize on behalf of the paper. Lessons learned. The hard way,” he said.

“The public editor’s column and an up-coming column by Catherine Porter herself are the Star’s best efforts to correct this.”

The video that captured Porter and Levant at the protest was shot by Levant’s team, posted on his website (with his own commentary) and on YouTube, where it has received more than 21,000 views. Given that the video presents a significantly different view of events than Porter presented in her Star column about her daughter’s first protest, it is not surprising that we’ve heard from more than 100 readers questioning the column’s accuracy and fairness. This is of serious concern to the Star, but as Porter left for a wilderness canoe trip immediately after her column was published, we could not talk with her about these issues until this week.