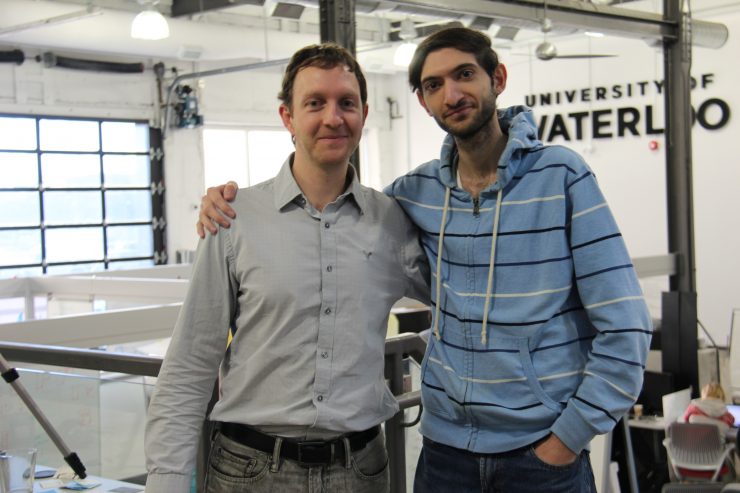 Finding sources to comment on stories about specific topics is more time-consuming than most journalists initially realize, says co-founder.

While working for TVO’s current affairs show The Agenda, Stavros Rougas often found himself in a circumstance nearly every chase producer experiences: searching for people with specific expertise to participate in panel discussions or comment on a news story on a very short timeline.

“Too often I was scrambling to meet a deadline,” he said “and you end up with generalists in a place where you like to have specialists.”

The process of finding a source to comment on a story about an unusual social trend, for example, often involves working contacts a journalist already has in that field—or turning to Google. That second step, said Rougas, is often more time-consuming than most journalists initially realize, or than seems obvious in the finished product, whether broadcast or text.

“It’s often not five or 10 minutes [of searching]. Reaching out to colleagues and sources for referrals is going to take a lot longer than what you remember.”

Rougas left journalism in late 2011 to work on a startup tool that could help reduce the number of search steps involved in finding the right source. With Ebrahim Ashrafizadeh, a software engineer based in Waterloo, Ont., he developed Media Spot Me, the first iteration of a search platform that allows journalists to search for experts from a database of North American academics. Launched in 2013 and initially based on a subscription model of either a monthly or yearly fee for journalists or newsrooms, the platform has since changed both its name and format.

“We came back to it in 2015 and re-did the whole interface,” said Rougas. Re-dubbed Expertise Finder, the desktop and mobile search engine draws from a similar database that has been widened and made available to users for free. Two main differences: its layout, which functions as a simplified hybrid of Wikipedia and a Google search bar (a journalist starts with a search topic, then chooses from a list of experts’ profiles) and its revenue model.

Expertise Finder is free for journalists to use; the bulk of its income comes from the post-secondary institutions that pay to have Expertise Finder manage their own internal databases. “The software that powers it—we take it and we use it to build expert directories for universities and colleges.” Clients such as Ryerson University and University of Newhaven have online directories built for their own internal search purposes, which then populate Expertise Finder’s database.

Search results are also geared towards relevancy as opposed to metrics. “There’s no way to pay your way up,” said Rougas. “There’s no advertising. We don’t want to drive revenue that way.”

The startup’s next steps are to expand its database beyond academics, while maintaining the same relative guarantee of expertise that academic credentials imply.

“The next field we’re looking at is professional designations, like Upper Canada Law Society,” said Rougas.