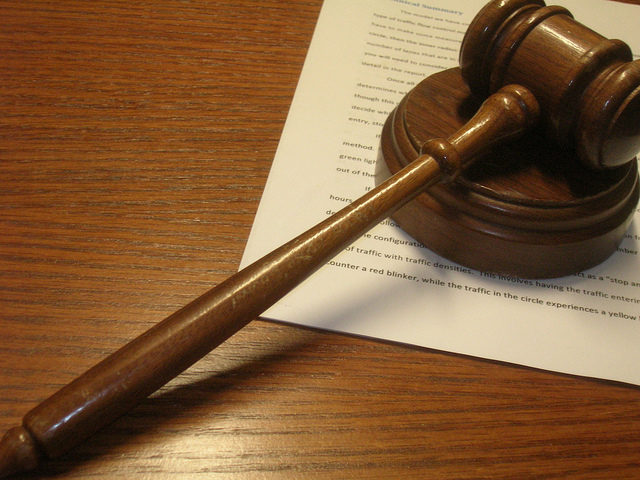 In journalism, going into the field is both routine and expected. Why should student coverage of murder trials be any different?

A few months ago, when I accompanied my second-year journalism students at Concordia University to the Luka Magnotta murder trial, a courthouse security guard wanted to know why, of all cases, I picked this one.

Until then, I had barely given a second thought to our “field trip” into the news lab of Montreal to give students practice in writing court stories.

What better way could there be to engage students in the legal system, I thought? I also believed the trial would provide some relief from a research methods course that can be a tough slog, with segments on statistics, access-to-information requests, data journalism and business reporting.

What I didn’t consider is that universities are increasingly requiring students to sign waivers when heading out on group trips. And this trial—which was potentially upsetting even on its relatively mild days—could conceivably be the sort of event that risk-management folks are targeting.

Concordia, as far as I can ascertain from online research, only has waiver requirements for field trips outside the province. But many other Canadian universities, including Carleton University, which also has a journalism school, have guidelines suggesting students sign waivers and/or informed consent forms before heading into the field with their teacher.

Now, in journalism, going out into the field is both routine and expected. Accompanying students is helpful in advising them how to write their stories and assessing their work. I have been on seven field trips in this academic year alone. I am new to teaching, and even though I often sign forms for my 11-year-old daughter’s elementary school trips, it never crossed my mind that there could be paperwork to fill out for university students. I wonder, now, whether these sorts of risk-management policies, which seem to be relatively new, will eventually become entrenched.

I did, on my own, take a few precautions.

I let students know that they could opt out of the Magnotta assignment if they felt uncomfortable. At the same time, I set the discomfort bar high, speculating that if they worked for news organizations, disturbing assignments would sometimes part of the territory, unless they are so potentially upsetting that they are life-disrupting in some way.

A week before we went to the Palais de Justice for the trial, some students were worried that a notoriously gory video of Magnotta dismembering his victim would be shown when we were there. If that happened, I told them, we would probably have a bit of a heads up and we could talk about switching days. As it turned out, the jury was shown the video the day after we attended the trial.

Another mitigating factor in deciding to cover Magnotta is that all of my students were 18 or older—not legally children. Also, I knew well in advance that the only available seating would be in a spillover room, since the tiny courtroom could not accommodate even the working media. A couple of students said this bit of distance made them feel at ease, while others were itching to get into the actual courtroom to get a taste of “being there.”

At a debrief a week after the trial, some students maintained that they found it “exciting,” while others said it was slow-paced and nothing like the sort of courtroom drama they saw on TV shows. None of the students reported being uncomfortable about the assignment, and they later described it as the highlight of the course. Furthermore, the stories they produced were among the best of the term.

If I were again to bump into the security guard who questioned my judgment, I would tell him that I would do it again, while taking care to gauge class sentiment and endeavour to make sound decisions every step of the way, both before and after the event.