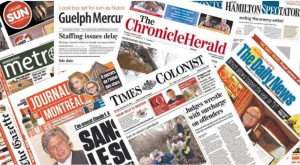 Ebooks have proven too expensive and too narrowly focused for most Canadian dailies.

Ebooks have failed to live up to their promise as a new revenue stream for newspapers. That’s the lesson from experiments at at least three dailies across the country.

The Toronto Star, The Globe and Mail, National Post and the Edmonton Journal each experimented with a different ebook strategy, with varying degrees of success.

In theory, publishing ebooks sounds like a good fit for newspapers. Long-form content is often secondary to daily news, readers don’t have time to read a 10,000-word article every day and editors can’t justify devoting resources to journalism that doesn’t make money.

The Star’s now-cancelled Star Dispatches was arguably a trailblazer among the four programs.

“We’d release 10,000 words on a specific topic from our newsroom, and it was a stand-alone subscription package. People had to sign up for it, and it was distributed weekly into your e-mail inbox and you could open it…wherever you chose,” he explained.

Subscribers paid $4.33 a month for the program. Readers can still purchase individual titles for $2.99 each.

The Star’s 90 ebooks were original reporting, unlike those at the Post and the Journal. Topics ranged from Kevin Donovan’s ORNGE air ambulance investigation to Toronto’s thriving racoon population to sex scandals at the Vatican.

Despite strong support from readers and the Star newsroom, MacLeod said he couldn’t justify the money-losing program. “Everything worked except for the business model.”

Edmonton Journal’s ebook program too regional in focus
In Edmonton, the Journal published six ebooks between May 2012 and August 2013.

“I think they’re a good opportunity to highlight long-form work that otherwise has a very short life, or collective work,” said Stephanie Coombs, managing editor at the Journal.

The program started as an experiment: a Journal web editor repackaged existing content from the newspaper into an ebook, which readers could buy without a subscription, she said.

“Because it was content we already had, (all) it cost us (was) a few days of staff time,” she said.

Topics included the historic Wayne Gretzky trade, the 2011 Slave Lake fires and the city’s high homicide rate. But they were too narrow, with limited, regional appeal. “For an ebook to be successful you need to appeal to a wider audience,” said Coombs.

“It was very incremental. When you’re selling something for a couple dollars, you’re not making a lot of money,” she said.

National Post looks to incorporate ebooks into four-platform strategy
Despite publishing its last ebook in December 2013, the National Post’s program is ongoing, with 14 titles for sale.

Benjamin Errett, director of strategy at the paper, said it started because ebooks were popular at the time and Postmedia was looking for new ways to deliver content.

The Post partnered with HarperCollins to help with distribution and sales, according to Errett. Readers bought individual ebooks through distributors like Amazon.ca, with prices ranging from $4.99 to $9.99
per title.

Errett revealed few details about what they learned from the program but he said their strategy is “to see that it adds to what we’re doing on tablets and the other platforms.”

“Behaviours are changing all the time. It’s interesting to look at a wide variety of content and see what works in a newspaper space doesn’t necessarily immediately translate into an ebook space,” he said.

“The thinking behind it has evolved not necessarily as an independent product for sale, but more as a thank you and a reward for our loyal subscribers of our Globe Unlimited (subscription) product,” said Craig Saila, director of digital products at the Globe.

He said the content is a mix of original and repackaged reporting. The program launched in April 2012, and 20 titles are currently available, 10 of which are only available to Globe Unlimited subscribers. The remaining 10 are priced at either $2.99 or $4.99 per title.

Saila said the most popular ebooks “are usually collections of feature articles that we publish in the paper, that aren’t easily available in one single package, but have a narrative cohesiveness.”

He cited Stephanie Nolen’s work, Out of India, as an example.

Saila cautioned against selling ebooks individually: “it’s a tougher sell in a lot of ways because the Canadian market doesn’t have the same scale the U.S. market does.”

“You’d probably have to hit tens of thousands of people just to have a substantial return on it, that justifies all the investigative reporting,” he said.