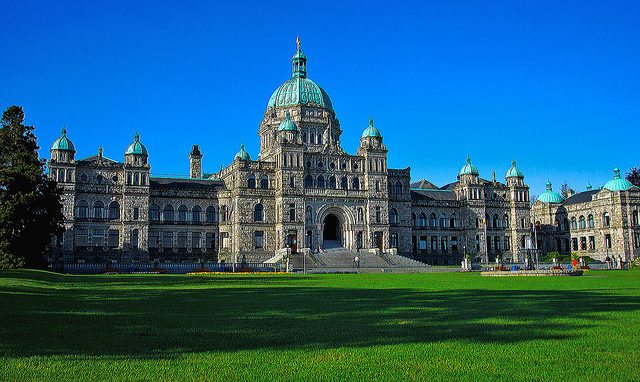 The high price of secrecy

The B.C. government’s continued efforts to prevent the public from seeing its paperwork is costing millions of dollars each year.

By Sean Holman, The Unknowable Country

The British Columbia government’s continued efforts to prevent the public from seeing its paperwork is costing millions of dollars each year.

The public is supposed to be able to access that paperwork using the province’s freedom-of-information law, allowing them to make "informed judgments about government policy" in the words of former New Democrat attorney general Colin Gablemann.

But the 53 exceptions or loopholes in that law, which Gablemann introduced 23 years ago, can make it extremely easy for the government to keep the public uninformed or misinformed.

For example, one of those loopholes allows the government to refuse access to any advice or recommendations about those policies. And another makes most of what happens in cabinet inaccessible, even though that’s where many policy decisions are made.

As a result, the government doesn’t just need bureaucrats to find records requested under its freedom-of-information law. It needs bureaucrats to apply those loopholes. It needs, in other words, censors.

According to the ministry where those bureaucrats work, the price of all that finding and censoring in the fiscal year 2014-15 averaged $2,358 per request, for a total cost of $19.7 million. That means the most prolific requesters can easily run up bills totaling $100,000 or more in their pursuit of government records and, often, accountability.

I certainly must have run up similar bills when I was covering the provincial politics and filing over a hundred requests each year. Thanks to the muzzling of the bureaucracy, those requests, even with their limitations, are one of the few means reporters have of finding out what the government doesn’t want you to find out.

That’s also why freelancer Bob Mackin, who has written for publications such as The Tyee, Business in Vancouver and the Vancouver Courier, filed 1,913 freedom-of-information requests in the almost five years between Jan. 1, 2009 and Sept. 22, 2014.

Those requests, which made up 40 per cent of the total filed by the media during that time period, resulted in big stories, small stories and often times no story at all—the latter being a common experience for reporters I’ve spoke with who regularly use freedom-of-information laws.

Among Mackin’s biggest stories were those that revealed the government feared a riot if the Vancouver Canucks lost game seven of the Stanley Cup finals, considered privatizing its liquor stories, used 2010 Winter Olympic advertisements to promote Premier Gordon Campbell and wanted to invest in a Victoria condominium development with "unresolved" financial issues.

According to a freedom-of-information request filed by a private individual and sent to me by Mackin, the government claims the reporter's requests cost $3.85 million to respond to.

But that price, which was calculated by just dividing the cost of all requests responded to between Jan. 1, 2009 and Sept. 22, 2014 with the total number Mackin filed, was likely unnecessary.

By closing some of the bigger loopholes in its records access law, the government wouldn’t need so many censors to read and then blank-out information before it’s released to individuals such as Mackin. And by releasing more records without requiring costly access requests, the government could further reduce its expenses.

In fact, releasing more records without a request is something British Columbia’s information and privacy commissioner Elizabeth Denham and her predecessors have repeatedly recommended.

For example, in a 2013 investigation report, Denham advised the government to routinely publish 18 different kinds of information, ranging from government calendars, contracts and audits to public opinion polls, statistical surveys and economic forecasts.

But despite an initial limited and now utterly discredited initiative to make her government more open, Premier Christy Clark hasn’t heeded that advice.

And, as a result, British Columbians are continuing to pay to keep themselves in the dark.

• The Calgary Herald reports the Supreme Court of Canada will “hear a case that Alberta’s access czar says could impact her office’s ability to provide effective oversight when organizations refuse to release records requested under the province’s freedom of information law.”

• The Guelph Mercury's editorial board writes, “We hope the incoming [federal Liberal] regime demonstrates a will to enhance transparency.”

• Writing in the Hill Times, long-time freedom-of-information advocate Ken Rubin states Trudeau must "act quickly to introduce transparency legislation as majority governments become more defensive and secretive over time. So far, though, Trudeau has announced as his first legislative priorities a law to give income 'relief' to middle class earners and an amended anti-terror Bill C-51."

• In an op-ed published in the Chronicle-Herald, University of King’s College journalism professor Fred Vallance-Jones and freelancer Emily Kitagawa state there is “reason for skepticism” about the federal Liberals’ promise to reform the Access to Information Act.

• The Winnipeg Free Press's editorial board writes it won’t be surprised if the federal Liberals fail to live up to their lofty promise to be open and accountable. “It is, after all, just part of tradition in this country.”

• Science journalist Margaret Munro writes that even a “modest improvement” in the federal government’s communication with the media will be welcome. “But a return to more open government will require not only new policy, but also a new mindset in the bureaucracy the Conservatives have left behind.”

• The Globe and Mail's Marsha Lederman writes, "It is crucial that this trend of limiting media access be reversed. Journalists at the very least act as a proxy for citizens; we have access—or should—to those in power. In order to hold governments to account, reporters require access to those governments. This is how journalists can expose bad behaviour—systemic or individual (the senate scandal, Rob Ford)—and effect change. When journalists are cut off, society suffers."

• "Restoring the mandatory long-form census in time for the 2016 survey is doable," according to two former chief statisticians of Statistics Canada who spoke to the Globe and Mail.

• CBC News reports air passenger rights advocate Gabor Lukas is “calling on the Transportation Safety Board to release more information about a Porter Airlines flight that made an emergency landing in Sydney [N.S.] earlier this week.”

• Last month, British Columbia's information commissioner released a investigation report that found staff in Premier Christy Clark's government "delete emails response to access to information requests," "wilfully or negligently" failed to produce records responsive to those requests and failed to, "keep any sent emails, irrespective of the topic." In response, Clark has ordered her cabinet ministers and all political staff to save their email.

• Following the release of that report, columnists and editorial boards were critical of what BC NDP Opposition leader John Horgan called a culture of deception, deceit and "delete, delete, delete” in the Clark administration. Among them were the Vancouver Sun, the Times Colonist, the Vancouver Sun’s Vaughn Palmer, the Globe and Mail’s Gary Mason, the National Post’s Brian Hutchison, the Province’s Michael Smyth, The Tyee’s Paul Willcocks, the North Shore News, Kamloops This Week, the Peace Arch News and the Cowichan Valley Citizen’s Andrea Rondeau.

• In an open letter to Clark, the Union of BC Indian Chiefs writes that it is “shocked, alarmed and deeply offended” that records about the Highway of Tears were among those deleted by the Clark administration.

• The Times Colonist reports the head of the province's public service also "apparently never kept any records related to the firing of eight drug researchers during the two-year period when the provincial government was under heavy fire for its handling of the case."

• In the wake of these revelations, the Georgia Straight reports the BC NDP is "collecting a growing body of evidence that proves a Liberal government practice of deleting emails was 'systemic' and explicitly for the purpose of preventing the release of information to the public."

• The Times Colonist’s Les Leyne reports British Columbia’s information commissioner is swamped with complaints about the handling of access requests by the province’s government.

• In an interview with CKNW’s Jon McComb, the minister responsible for introducing British Columbia’s freedom of information law Colin Gabelmann speaks about the history of that legislation.

• Newfoundland and Labrador’s information commissioner has ordered that province’s government to release records about how much an external consultant charges for information technology work.

• CBC News reports a retired New Brunswick high school teacher is “fighting what he calls ‘ridiculous’ secrecy at one of the province's school districts for failing to disclose information over the naming of a new school in Woodstock.”

• The Ubyssey reports that lack of answers around University of British Columbia president Arvid Gupta’s resignation has resulted in a “deluge” of freedom-of-information requests at the post-secondary institution.

• “How much the District of Muskoka [Ont.] is setting aside for capital projects could become shrouded in secrecy to prevent skewed bids from contractor,” according to the Bracebridge Examiner.

Author’s note: Publication of this column was cancelled last week due to illness.