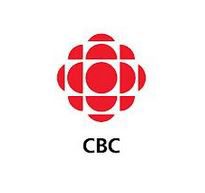 The importance of public broadcasting

CBC matters most in the small places, the ones many Canadians will never visit. It is a window on the outside world for those who live there. And a way of drawing back the curtain for those who don’t, so they can peer inside. Ahead of a CBC employee townhall to discuss budgets, reporter Jody Porter reflects on what the CBC means to her.

I was what the locals called ‘the new white girl in town’ when I started at a newspaper in the Northwest Territories. My editor at the Inuvik Drum was also a southerner. She regularly mocked the CBC staffers for their northern accents and apparent obsession with the weather. I joined in, hoping my insults covered up how much I relied on the public broadcaster to explain the nuances of life at the edge of the Arctic Circle.

I truly didn’t mean to offend one of CBC’s most-beloved personalities. Smoking, sweater-wearing Peter Gzowski, (for those too young to remember), was like every Canadian’s favourite story-telling uncle. He had a knack for making Bay Street lawyers care about prairie poetry and Maritime fishermen worry about the fate of a downtown Vancouver park.

I’d tune into his show while processing film in the black loneliness of the darkroom and feel instantly closer to home. Gzowski arrived in Inuvik for a charity golf tournament raising money for literacy. Organizers drilled nine holes in the frozen Beaufort Sea. The ‘new white girl’ was put on a team with Gzowski and then-territorial-leader Nellie Cornoyea in the interest of getting photos of the event on the front page of the paper.

The night before I had planned a bit of a speech to Gzowski about the importance of the CBC, in a place as remote as Inuvik, but standing beside him that morning, what came out of my nervous mouth was this: “I had never even heard of you before I moved here.” Conversation after that was as chilled as my fingers on the metal golf club.

By means of apology to a late broadcasting legend, here’s what I meant to say:

CBC matters most in the small places, the ones many Canadians will never visit. It is a window on the outside world for those who live there. And a way of drawing back the curtain for those who don’t, so they can peer inside. I like to think of this window metaphor in the evening, because that’s when the light is right and you can catch a  glimpse of yourself, as you look at what’s on the other side.

With that reflection comes the fleeting impression that it could be you in the scene you’re observing. It seems to me there is no more powerful force in building and maintaining a sense of national identity than that window — that opportunity to reflect and understand each other.

About a decade after my awkward scene on the Beaufort Sea with Gzowski, I landed a job as a reporter at CBC in Thunder Bay. I see my role this way:

1. To give the citizens of Thunder Bay and Northwestern Ontario the information they need to participate fully  in the lives of their communities.

2. To share the stories of the people of Thunder Bay and Northwestern Ontario with other Canadians

I don’t know of any other journalism job where my work would have that critical duality. Local news outlets tell local stories to a local audience. National news outlets occasionally fly in and attempt to understand and explain in a few days, what I live every day. And if I don’t get the story right, I meet the people most affected by it on the street the very next day. There is no greater accountability.

Jody Porter is a CBC journalist, and the William Southam Journalism Fellow at Massey College, University of Toronto. To continue reading her column, please go to the Public Policy and Governance Review, where this was originally published.