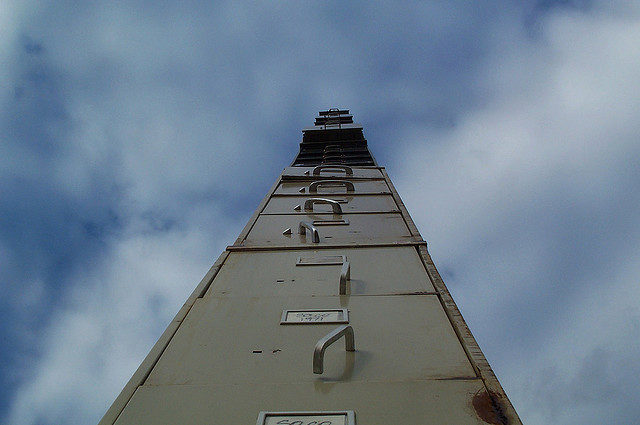 The perils and paradoxes of FOI in Canada

The media’s expectations for FOI were high when Canada first introduced its Access to Information Act a little more than 30 years ago. But the use of the legislation since then has come up against the brutal limitations of what is provided and what is not. It’s made me into a battle-hardened FOI warrior who has worked with the media, the public and others.

My background is as an independent researcher, with five decades of exploring all kinds of issues and being involved in a wide range of regional and national public actions that include food and air safety, health and environmental protection issues and telecommunications.

In the past 32 years, I’ve filed thousands of FOI requests at all levels of Canadian governments and some internationally. I’ve dealt with thousands of government officials, many client groups, gone to the courts, won some benchmark decisions and seen hundreds of my research efforts grace the front and inside pages of media outlets, thanks to the stories journalists did or that I wrote.

Using my access data, for example, the Ottawa Citizen reported on how the Canadian military forked out $32 million on some 97 military marching bands in the mid-’90s, most of which did not perform for the public. The Globe and Mail reported that during the 2002 Salt Lake City Winter Olympics, Canada’s politicians and senior officials took to staying in luxurious residences—one at a rate of nearly $3,500 a night. Another Globe story in 2008 revealed, using my access records, that in 2006 the Canadian Food Inspection Agency strongly lobbied the United States Agriculture Department not to do its daily inspections and more rigorous testing for listeria. Instead, they urged the U.S. to adopt the more lenient Canadian standards.

Bringing data out in the open is not as simple when you’re not a media employee with ready access to newsroom resources, or if the data is not related to the events of the day, needing a reporter and editor who see the merits in doing an off-the-schedule story. Not all of my access research brought to the media is accepted, and remuneration for material used is minimal. Most outlets on the whole have been supportive of my investigations and services should a good story be revealed by government documents, and I’m usually given credit for bringing data forward.

Occasionally, too, a story based on access records gets killed, like the one on Prime Minister Harper’s personal exhibit outside his fourth-floor Centre Block office of Franklin expedition artifacts on loan from the Museum of Civilization (now History).

Getting stories via FOI and seeing them published is a three-part battle. A third of the battle is getting the data, a third is getting the media interested in doing the story and a third is having the readers and larger public pay attention and use the sought-after data to generate public understanding, debate and action.

Politicians, bureaucrats, corporate third parties, security and law enforcement agencies tend to loathe reporters and people like me. We are often targeted and amber lighted, with defensive media lines being prepared.

Creative avoidance tactics include not returning calls, fudging and spinning what’s given, endless unnecessary consultations, outsourcing records, following endless bureaucratic sign-offs and long extensions. Should Bills C-44 and C-51 pass, national security agencies will get even more smug. This has a ripple effect with other agencies that I call revving up the 3 Ds: delay, denial and deceit.

One long-term, 25-year-plus investigative effort was getting access to records exposing Canada’s role in asbestos promotion and export. The records fought for and obtained showed how successive Canadian governments sided with the asbestos industry to find overseas markets and fend off efforts to ban asbestos as a hazardous product.

It is frustrating that such health and safety stories do not get quick action. Such was the case in 2000 when it emerged there were severe problems with drinking water on many First Nations reserves. Canada, as 2002 External Affairs records show, was the only country to vote against a UN resolution making access to clean drinking water an international right.

Sometimes, too, records reveal surprising data. This was the case in 1997 when released Agriculture Canada records showed that federal scientists since at least 1980 had been involved in trying to raise the addiction level of nicotine in cigarettes. That benefited tobacco companies. Meanwhile, Health Canada was running programs trying to get people to quit smoking.

Other troublesome tactics can be used to prevent public release of data. For instance, federal meat inspection records sought in the 1980s meant fighting fees, putting up with long delays and then going all the way to the Federal Court of Appeal to get those reports that revealed inadequate safety at various meat packing plants.

But the story does not end there, as Agriculture Canada officials first dumbed-down the inspection reports by taking out inspectors’ observation comments and making attached ratings to the reports into AAA, AA, A where a B was pretty bad instead of an F. Then by 2008, officials simply did away with these reports.

No Canadian government regime to date has put forward and passed meaningful access-to-information reforms, although in opposition or on the election trail they periodically promise that accountability measures will be forthcoming. For instance, giving the federal information commissioner binding order powers never happened after Stephen Harper promised this back in 2006 before taking power.

I continue to dig for data and fight secrecy practices motivated by the belief that what you don’t know can hurt you. I encourage journalists and others to keep testing FOI legislation and reveal hidden government operations.

This article is a condensed and edited version of “Tales from the front line: Canada’s FOI Warrior”, Ken Rubin’s chapter in FOI 10 Years On: Freedom Fighting or Lazy Journalism?, just published by Abramis in England.

For a further analysis of Canada’s three decades of FOI, please refer to a 2014 chapter by Ken Rubin and Kirsten Kozolanka entitled “Managing Information:Too Much Publicity, Not Enough Public Disclosure” in Publicity and the Canadian State (University of Toronto Press).

Ken Rubin is an Ottawa-based investigative researcher and citizens’ advocate. He writes a column on open government in The Hill Times and has tirelessly promoted improvements in freedom of information and privacy protection legislation. He is reachable at kenrubin.ca where an archive of his research efforts is available.

CORRECTION: A previous version of this column incorrectly referred to the Museum of History as the institution’s former name, and has since been corrected.