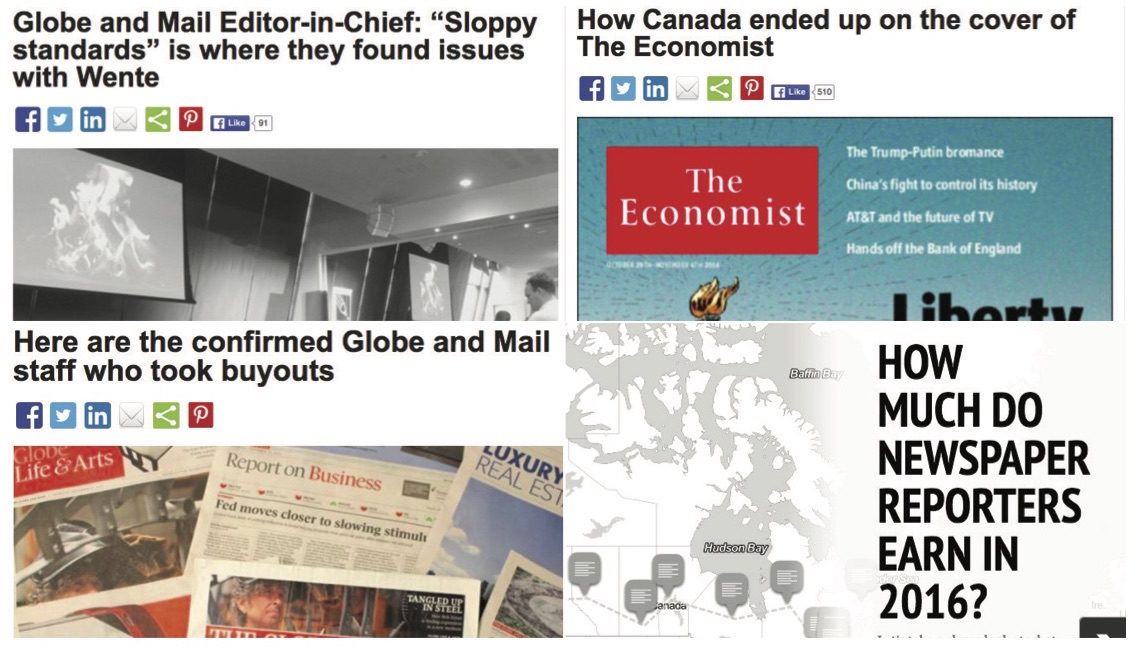 The ten most read stories on J-Source in 2016

Readers drawn to narrative of the end of a TV career, and the whereabouts of Katie Simpson.

2016 was undeniably a tough year for Canadian journalism. There was hardly a media organization that didn’t announce layoffs, buyouts or reorganizations. As well, ethical conduct was under scrutiny. This year, many of the top stories were rooted in these actions. We count down the top 10 stories on J-Source in 2016.

Wentegate 2016: A round-up + Globe and Mail Editor-in-Chief: “Sloppy standards” is where they found issues with Wente

Here we go again. As she did in 2012, media blogger Carol Waino found another example of plagiarism in a column by the Globe and Mail’s controversial columnist Margaret Wente. Editor-in-chief David Walmsley responded to the allegations when Canadaland and J-Source caught up with him at a CJF J-Talk.

In the summer, Walrus editor Jon Kay both a) called for the suicide letter written by a Toronto Star reporter who died by suicide in May to be published and b) published a piece by Jon Filson, who had a relationship with the reporter for many years and was let go from the Star after her death. Ethics editor Romayne Smith Fullerton took a close look at these two actions, writing, “The demand for the release of the suicide note is not about calling to task the Toronto Star newsroom and calling out its management for its insensitivity and possible sexism or misogyny.”

How much do newspaper reporters earn in 2016?

Errol Salamon, J-Source’s work and labour editor, updated a survey that first appeared on the site in 2012, providing a broad look at how much it pays if you do make it into one of the remaining newsroom jobs in Canada.

January 19 is a day that won’t soon be forgotten by most Canadian journalists. Postmedia’s massive reorganization and layoffs were some of the most drastic measures made by any Canadian media company in a single day.

In February, Rogers Media started making deep cuts, as part of a plan to axe 200 jobs—four per cent of their workforce.

Canada got its moment in the international spotlight when The Economist ran a feature on liberty moving north, complete with the Statue of Liberty bedecked with a maple leaf. The Economist’s Canada correspondent Madelaine Drohan explained how the decision was made to put Canada on the cover.

People really love CBC reporter Katie Simpson. We know this because this edition of our bi-weekly Media on the Move feature, which includes Simpson’s announcement of her move to CBC, cracked the top three most read stories on J-Source this year. In fact, during the brief period between her time at CTV and CBC, a frequent search term bringing people to the site was, “Where is Katie Simpson?”

In the fall of 2016, the Globe announced a round of buyouts aimed at cutting 40 jobs. Layoffs were a possibility if the target wasn’t met. In late November, the names of the buyouts began to trickle out, with most staff leaving on Nov. 18. Here is who J-Source was able to confirm was leaving the newspaper.

The untimely end to my TV career

Mark Hebscher had worked at CHCH Television in Hamilton since 2003—and he had no reason to believe he wouldn’t be there longer, until one day in December 2015, all of the station’s 150 staff were laid off, after the company that managed the station declared bankruptcy. Hebscher’s narrative of what happened that day topped all J-Source traffic in 2016. 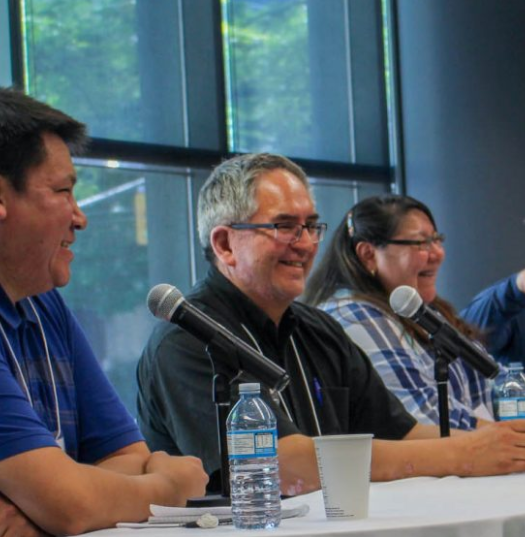