Here’s the Canadian media coverage you read on J-Source in 2018.

Newspaper guilds across two provinces co-ordinated on labour actions for Postmedia employees. The Ottawa Newspaper Guild contract, which had been discussed for two years, would cut benefits and sick leave. The union ultimately voted in Postmedia’s favour, narrowly avoiding a lockout, in Sept. 2018.

9. As local media outlets close, Ontario mayors struggle with how to get information to the public

In areas with unreliable internet access, social media can’t be a backstop for getting residents the news they need. Is intervention needed?

The 160-year old paper shed staff from its Victoria newsroom the month after a layoff notice was sent. “Feeling disappointed. Thought I deserved better after 32-plus years in biz,” tweeted veteran reporter Mario Annicchiarico, one of several who departed.

7. When the news breaks the journalist

Reporters experience higher rates of anxiety than the general population, a 2013 study in the  International Journal of Social Psychiatry found. As journalists increasingly talk about their mental health in the open, how are they coping?

6. Here are all the people who left Postmedia this summer

Last summer, journalists trickled out of Postmedia’s newsrooms following the announcement of cuts, closures and buyouts, including a 10-per-cent reduction in salary costs.

5. A generation of journalists are struggling

Outgoing J-Source managing editor H.G. Watson chronicles the tumult endured by journalists in an age of endless precarity, and what needs to come next.

4. We cannot continue to ignore the Toronto Sun’s toxic output

Ishmael Daro explores the lack of accountability for the Toronto Sun in the wake of a fictitious and xenophobic report that incited violence against asylum seekers being housed in a Toronto hotel.

3. A study in news poverty in Thunder Bay

Months before the launch of Ryan McMahon’s celebrated and meticulous investigative podcast on the systemic racism and corruption plaguing Thunder Bay, Selena Ross got an early look at the appetite for local reporting in the Ontario news desert. “What happens when the local watchdog goes away?” wrote Ross. “Canada already has an answer to that question, and it’s in Thunder Bay.”

The Toronto Star suspended its year-long and summer internships, a move that sparked saddened responses from many journalists who cut their teeth in the program. “We have to assess what the business conditions are,” Torstar spokesperson Bob Hepburn told J-Source, adding that journalism students would continue to be hired as reporters in the radio room. The program has yet to be reinstated.

1. Here’s who was laid off from Rogers Media this week

About 75 were laid off as the company announced it was reorganizing its digital content and publishing team, prompting a series of high-profile departures including Chatelaine editor Lianne George, who resigned following the news. 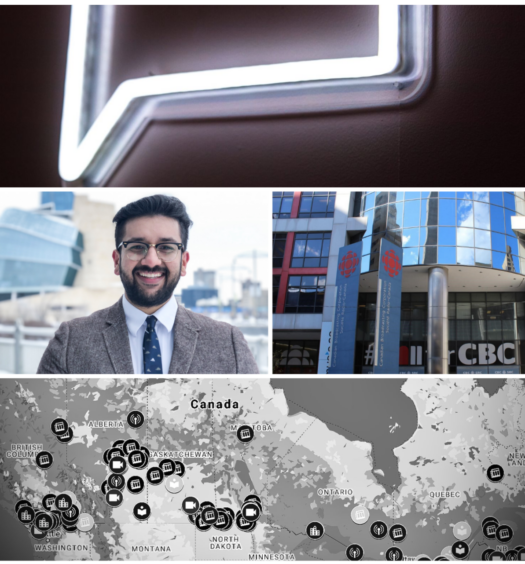 Welcome to the new J-Source.ca