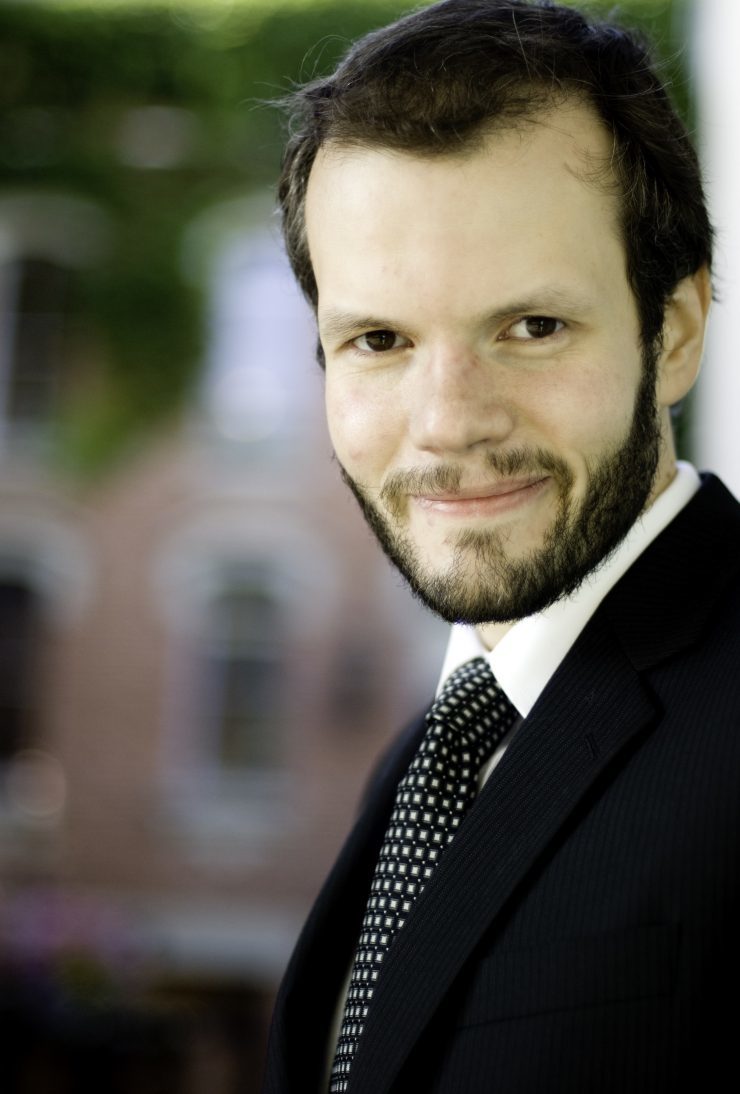 The Unknowable Country: The flaws in Trudeau’s Transparency Act

Plus: this week in freedom of information.

Liberal Leader Justin Trudeau has claimed his proposed Transparency Act would “raise the bar on openness and transparency for all Canadians,” helping fix the country’s long-broken freedom-of-information law.

But recent testimony by the country’s information commissioner and an interview with Scott Simms, the party’s open government critic, suggest one of the bill’s biggest promises may, at best, be a rhetorical flourish and, at worst, squander a chance to expand our limited information rights.

Trudeau introduced the Transparency Act last June, saying it would offer “tangible ideas to improve openness not only in Parliament, but in our government.”

Some of those laudable ideas include:

• eliminating the fees the government can charge when responding to an access-to-information request,

• giving the commissioner the power to order the government to release information it has improperly denied access to.

But Trudeau has also said his bill would make government information “open by default.”

That turn of phrase conjures up visions of millions of records flying off government shelves and out of government computers for everyone to see.

Indeed, National Newswatch columnist Don Lenihan told readers earlier this month that the Transparency Act would push the “doors to transparency and accountability wide open,” making public a “huge amount of information” that is now hidden.

So, depending on your political persuasion or naiveté, it may or may not surprise you to know the bill wouldn’t do anything like that.

In an interview, Simms confirmed that, under the Liberals’ “open by default” principle, Canadians would still have to file access requests to obtain government records.

“It’s not like we’re going to create a whole new system from scratch. What we want to do is take the system we have right now and update it to the 21st century.”

Part of that update includes rewriting the federal access law so information would have to be “openly” available to the public in a “machine-readable format” rather than just “available to the public.” The update would also change the law to state that exceptions to Canadians’ access rights should be “rare” as opposed to simply being “limited and specific.”

But, when Liberal MP Ted Hsu asked information commissioner Suzanne Legault if she agreed with making those changes, she said:

Indeed, if Trudeau really wanted to make information “open by default,” the Transparency Act would do something about the 75 different kinds of information the government can or must keep hidden from the public.

These expansive exceptions to the “open by default” rule include everything from policy advice to internal audits. In other words, the Access to Information Act currently precludes public access to many things the public actually cares about.

But the Transparency Act doesn’t lay a hand on those exceptions, something freedom-of-information researcher Ken Rubin also mentioned in a column for the Hill Times.

In fact, when I spoke with Simms, he repeatedly confirmed the Liberals are comfortable with the Access to Information Act’s existing exemptions and exclusions.

“I wouldn’t want to say this is exhaustive, it’s perfect, it’s fine, it’s just a matter of how you are applying it. But I think, for the most part, what frustrates Canadians is how the [exemptions and exclusions] are applied.”

Later in our interview, though, Simms said he wouldn’t want to endorse all of the exceptions. He also said, even if the Transparency Act doesn’t result in more transparency, it would still require the government to immediately review the Access to Information Act. That review would then be repeated every five years, creating an opportunity for future reform.

“It’s a step-by-step process to find out about all of these exemptions and rip them apart,” he said, adding that if history shows an exemption “is one that does not comply with open government, then so be it. Let’s have a look at that and change the act accordingly.”

But more than 30 years of freedom-of-information history in Canada—including numerous reports, reviews and recommendations by parliamentarians and past access commissioners—has already shown the existing exemptions and exclusions often don’t comply with the principle of open government.

Whoever drafted the Transparency Act would need to have been blind to the limits of Canadians’ access rights to not know that. To think otherwise would be tantamount to believing Treasury Board President Tony Clement’s claim that his government, which has been in office for almost nine years, ran out to time to review the Access to Information Act in a “meaningful” way.

Moreover, history has also shown political parties of all stripes often promise more openness in opposition and then deliver more secrecy once they form government. So I trust Simms will excuse me for predicting that, if the Liberals oust the Tories, their efforts to bring more sunshine into the corridors of power may very well both begin and end with the passage of the Transparency Act.

The Conservatives, in their barefaced efforts to black out the inner workings of government, may have done the near-impossible: turned freedom of information from an esoteric to a ballot box issue in 2015.

But, as American corporate and constitutional law professor Kent Greenfield recently said, “The energy for change is a finite resource.”

That means the Liberals could be wasting such energy with their Transparency Act—a piece of legislation that may do just enough to win the votes of those fed up with government secrecy but not enough to make a major difference in the amount of information accessible to Canadians.

• Canada is more open with its data than 69 other countries, according to this year’s Open Data Barometer. But it’s also less open than six others, including the United States and the United Kingdom. Among Canada’s failings: the low availability of data related to government accountability, as well as the low impact open data has had on improving social policy. (Hat tip: IntegrityBC)

• The Harper administration has taken a strong stand for freedom of information in other countries. But, according to the Toronto Star’s Susan Delacourt, “there’s ample evidence already to illustrate that this freedom is somewhat more cherished at long distance by this government than it is at home in Canada.”

• “The more security agencies grapple with terrorist threats, the less they appear to be telling Canadians,” according to the Ottawa Citizen, which looks at “four current examples of secrecy.”

• The Canadian Press reports, “A New Democrat MP is raising the spectre of a political coverup in asking the federal information watchdog to investigate the Canada Revenue Agency’s systematic deletion of employee text messages.”

• The New Democrats round up some quotes to prove that, even though the Liberals and the Conservatives say they’re in favour of openness, they have often ended up “governing in the same old secretive style, breaking all their promises to fix the Access to Information Act.”

• Ottawa Citizen columnist James Gordon shows off his “favourite” freedom of information response on Twitter, adding, “Access to information in this country is a disgrace.”

• In response to a freedom-of-information request, Aboriginal Affairs and Northern Development Canada sent Canadian Press reporter-editor Steve Rennie a CD with two blank pages on it.

• New Brunswick’s Tory opposition is worried a review of the province’s Right to Information and Protection of Privacy Act may reinstate fees for access requests, which, according to the Telegraph-Journal, the Tories did away with in 2011, making New Brunswick the only province where such requests are free.

• The B.C. Freedom of Information and Privacy Association has asked the province’s information commissioner to investigate the government’s decision not to post “at least two embarrassing reports because of ‘reputational interests’ of various public servants or public figures.”

• The Winnipeg Free Press takes the Manitoba government and the city’s school board to task for not publicly disclosing details about safety and violence in the education system.

• The Canadian Press reports, “Ontario’s New Democrats plan to introduce legislation next month to force the government to disclose the names of physicians who bill the province’s health insurance system and the amounts they charge each year.”

• The Northern Light wants the RCMP to share information about a police shooting that happened in Bathurst, N.B., “as soon as possible.” According to the newspaper, a spokesperson for the Mounties said on Jan. 13 that the findings of the investigation into that shooting may not be made public. But the spokesperson later reversed that position saying, “When the investigation is complete…it will be a matter…of public interest so it will be made public.”

• Earlier this month, Waterloo, Ont., city councillors were encouraged to ask budget questions during closed-door meetings “designed to sidestep open meeting rules” under the province’s Municipal Act. The Waterloo Region Record also reported one of those councillors was so “frustrated with an inability to get budget information from [city] staff” that he “resorted to the Freedom of Information Act to get his questions answered.” But, following that coverage, Waterloo Mayor Dave Jaworsky decided to put an end to those secret meetings, which the province’s ombudsman described as a “transparent, amateurish attempt at just flaunting the law.”

• Ontario’s information commissioner is “still investigating allegations that Toronto school board trustees interfered in the release of an audit of their expenses.” The Toronto Star requested that audit under the province’s freedom of information legislation.

• The Parksville Qualicum Beach News says local councils in some Vancouver Island communities are “too quick to go in camera.” Moreover, according to the newspaper, under British Columbia law, the “list of circumstances in which a council can close meetings…is a long one. Too long, we’d submit. In fact, one could make an argument every piece of business a council conducts could fall into one or more categories that allows for in camera proceedings.”