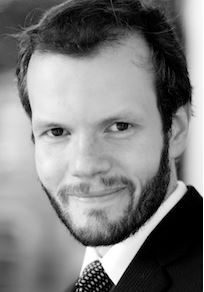 Award-winning CBC News producer David McKie rang the fight bell in a column published earlier this month on J-Source, saying journalists must “take the gloves off by pushing governments to be more transparent.”

But so far, many newspaper columnists and editorial writers appear to have left their gloves on when it comes to covering recent proposals to fix the country’s broken access-to-information system.

Consider this: on Oct. 9, Canada’s information commissioners issued a joint resolution calling for a modernization of the laws that allow the public to obtain public records. Eight days later, federal Information Commissioner Suzanne Legault—while releasing her annual report—warned there are “unmistakable signs of significant deterioration” in the federal access-to-information system.

Legault was principally referring to increased complaints about that system, as well as delays in responding to access requests. But when I analyzed Ottawa’s own access statistics, I found other troubling indicators.

Now the NDP want “urgent reforms” made to the Access to Information Act, with Legault having earlier told reporters “the health of Canadian democracy is at stake.”

Of course, she could also have said the health of Canada’s fourth estate is at stake since that system is one of the few means journalists have of obtaining information that hasn’t been managed and massaged by government and opposition message makers.

Without it, journalists have one fewer tool to deconstruct the state and hold it to account—further relegating reporters to role of repeaters, a repugnant and unsustainable proposition.

After all, thanks to social media, institutions and officials increasingly no longer need the news media to reach the masses. So, what is the economic or social value of reporters just regurgitating political press releases and advertising?

Yet, despite journalists’ self-interest in getting into the ring with the NDP, Legault and the country’s other information commissioners, many newspaper editorial writers and columnists have yet to do so, according to a search of Canadian Newsstand.

That database features articles from 270 of the country’s newspapers. Among the papers are those published by Postmedia Network Inc. and Brunswick News Inc., as well as FP Newspaper Inc., Glacier Media Inc., Torstar Corp.’s dailies and some of the properties owned by Black Press Group Ltd. Among those excluded are papers owned by Quebecor Inc. and Transcontinental Inc.

Of the newspapers in Canadian Newsstand, just four—The Globe and Mail, the Ottawa Citizen, the Times Colonist (Victoria) and the Toronto Star—ran editorials or columns in their print editions between Oct. 8 and Nov. 25 criticizing the country’s access-to-information system.

The database also shows just 35 stories covering the commissioners and the NDP’s reform proposals were published in print or on the Canadian Press’s wire during that same period.

Of course, there are many reasonable explanations for this drought of ink, and I’ve heard them all. Some journalists assume Canadians aren’t interested in “inside baseball” stories such as this one. Others rightly conclude it’s unlikely any majority government would introduce or pass legislation letting more sunlight into its dark, private spaces. And then there are those who say criticisms of our access-to-information system aren’t news given that they aren’t new.

But if journalists don’t “take the gloves off by pushing governments to be more transparent,” as McKie suggests, we and the citizens of this country will continue to be on the losing side of the fight to know how Canada is being run and on whose behalf.

Sean Holman is a journalism professor at Mount Royal University, in Calgary, an award-winning investigative reporter and director of the documentary Whipped: the secret world of party discipline.