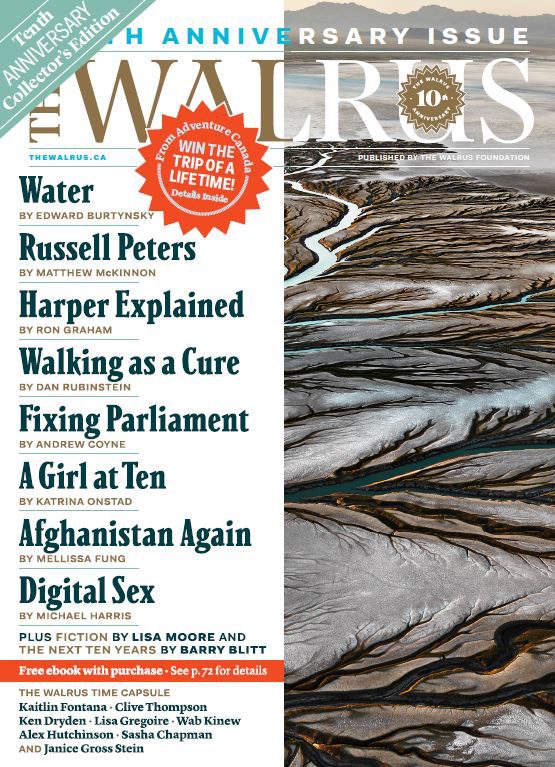 The Walrus celebrates its 10th anniversary

With 10 years under its belt and a readership of 250,000, the magazine is on solid footing. But it wasn’t always like that. It’s no surprise that the magazine industry is struggling, and the very fact The Walrus is celebrating its 10th anniversary is a “miracle,” says its co-publisher.

It’s been a good year for The Walrus: with 10 years under its belt and a readership of 250,000, the magazine is on solid footing.

But it wasn’t always like that. It’s no surprise that the magazine industry is struggling, so the very fact The Walrus is celebrating its 10th anniversary is a “miracle,” says its co-publisher Shelley Ambrose.

When Ambrose first came on as co-publisher and executive director of The Walrus foundation in 2006, The Walrus was financially a mess and its future was precarious. The charitable foundation didn’t have proper financial statements and had run up a deficit of $750,000 in just three years.

“The magazine was burning through money. It was in trouble,” she said. “It took us about a year just to get all the financial paperwork sorted.”

Although she didn’t work up the corporate ladder through advertising or circulation as most publishers do—Ambrose had years of experience in fundraising, event planning and producing at the CBC, and that was just what the ailing magazine needed. It took discipline, but The Walrus turned around things around with Ambrose at the helm. When Ambrose joined The Walrus, the foundation had one funder who was getting impatient, zero corporate partners and no events. Now, it has more than a 1,000 donors, dozens of corporate partners and runs 30 events a year.

“One of the best things the founders did was that they realized that a magazine like this in Canada could not survive on a traditional business model, which is advertising and circulation,” she said. “There aren’t enough advertisers who want general interest magazines, and you can’t charge subscribers what it costs to print it, never mind what it takes to make it.”

Today, The Walrus Foundation events now make twice as much money as advertising.

Ambrose is a big fan of what she calls the “Wayne Gretzky attitude.”

“You need to go where the puck is going,” she said. In The Walrus universe, that means launching Walrus TV in 2012, which showcases documentaries made from cover stories in the magazine, a responsive design across all platforms, e-books and events.

“The goal of the future is that almost every story will be on every single Walrus platform,” she said. “And all of those things are revenue generating.”

Editorially, editor and co-publisher John Macfarlane said The Walrus is finally getting where it needs to go. “It can take about three to five years to get a magazine where you want to take it, and it’s finally showing,” said. “Our story sense is getting better and better … our understanding of the Canadian freelance scene is getting better.”

Still, there are several things that gnaw at Macfarlane. He’d like to hire more staff, pay writers more and finally start paying interns—who right now get paid zilch. He’d also like to expand his readership across Canada, which means covering stories across Canada. Currently 60 per cent of its readers are in Ontario and another 16 per cent in B.C.

“We have the ability to do that … but on a limited basis,” he said. “Sometimes it means we find a writer who is locally based, even though they might not be the best writer for that story.”

So where is the puck going next for The Walrus?

Right now the brand is dependent on the magazine, “but maybe that won’t be the case for the future,” Ambrose said. She says The Walrus doesn’t need to launch any more platforms, but it’s constantly in need of money and staff.

“When I started, our survival was hourly. And then after about a year, it became daily and then weekly and monthly,” she said. “I believe our survival is now annually, meaning I can look at 2014 now, which I’m doing, and figure out what we need to raise and how many individual donors and  corporate partners we need.”

If The Walrus can convince its supporters to turn into long-term donors, “that would change our lives.” The foundation hopes to raise $5 million by 2017, basically raising about $1 million annually—that’s the thrust of its Campaign for Optimistic Canadians.

“It would let us actually say we have a future for the next five years … at least.”